In the 50th anniversary year of UNSW Law & Justice, a renowned human rights lawyer reflects on the founding Dean’s legacy and ‘living greatly in the law’. 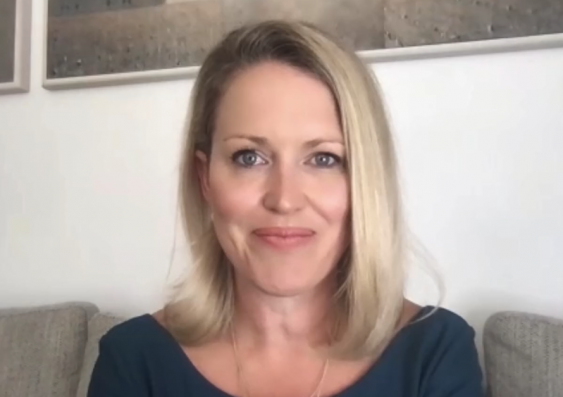 Jennifer Robinson delivered the virtual lecture 'Living Greatly in the Law; Law and Progressive Social Change', presented by the faculty of Law & Justice and UNSW Centre for Ideas. Photo: UNSW.

In 2021, UNSW Law & Justice has both mourned the late Emeritus Professor Hal Wootten AC QC and celebrated the 50th anniversary of the faculty he founded. Before he died in July at almost 99 years of age, he invited international human rights lawyer and barrister Jennifer Robinson to deliver this year’s Hal Wootten Lecture.

Ms Robinson said she was daunted when she read the list of eminent speakers who had preceded her but was reassured by Prof. Wootten’s invitation and by reading his essay ‘Living Greatly in the Law’. The piece outlines the values on which the law school was founded and which he saw reflected in Ms Robinson’s career.

For Ms Robinson, the lecture, ‘Living Greatly in the Law: Law and Progressive Social Change’ presented by the faculty of Law & Justice and UNSW Centre for Ideas, was an opportunity to reflect on Hal’s life and to honour him.

“I realised that we will all continue to benefit from his legacy through the generations of lawyers he has educated and inspired. And now I feel incredibly optimistic,” she said.

“Hal encouraged law students about the possibility of ‘living greatly in the law’. That is, living and working with a passion for justice and ensuring that the law serves those most in need.

“Hal established this [UNSW] law school with the progressive vision that students should understand the law in its social and political context. He understood the capacity of the law to create positive social change and he encouraged lawyers to seek out opportunities “to give a little nudge that sends the law along the direction it ought to go”, which he explained “can affect where the world goes”.

Retracing her journey and how she came to share Prof. Wootten’s view, Ms Robinson said she was struck by their similar experiences. Both came from “humble beginnings”. At times, both felt unsure about a career in law and whether it would allow them to truly live their principles. Both spent time in New Guinea, which inspired their commitment to addressing colonisation at home and the injustices suffered by Indigenous Australians.

Ms Robinson said it was her time in West Papua that set her on “her path”. There, she worked on cases involving torture, rape and crimes against humanity – and saw for herself the abuse and discrimination indigenous Papuans faced every day. She was followed by Indonesian intelligence and threatened with arrest and deportation by police.

“West Papua helped me find my passion for the law … [It] taught me about the possibility of using the law to build power in social movements and about what Hal meant by ‘living greatly in the law’,” she said.

“My work serving the marginalised West Papuan community … has taken my career to remarkable places. Just 15 years after I was forced to leave West Papua as a disillusioned and outraged law student, I stood up as counsel before the International Court of Justice to successfully argue for a decision that makes clear that West Papua is unlawfully occupied by Indonesia.”

Ms Robinson recalled how she cried while watching the Australian Black Lives Matter protests from London – as we approached the 30th anniversary year of Prof. Wootten’s work on the Royal Commission into Aboriginal Deaths in Custody. Leetona Dungay, a Dunghutti elder, led the Sydney protest, bearing a banner with the words ‘I can’t breathe’. Like George Floyd, her son David had screamed these words 12 times at prison officers before he was killed in 2015.

Frustrated by the lack of justice in Australia, Leetona wanted to take her advocacy to the United Nations (UN) and Ms Robinson worked with Professor Larissa Behrendt on drafting a complaint. They wrote about Australia’s failure to implement the Royal Commission’s recommendations – and how that failure contributes to the ongoing crisis of Aboriginal deaths in custody.

“I pay tribute to the many Aboriginal families who, like Leetona, continue to fight for justice for the loved ones they have lost. Win or lose, I hope that the combination of our complaint – together with Leetona’s campaign – will help to nudge the government in the right direction to end impunity for deaths in custody and to implement Hal’s recommendations 30 years too late,” Ms Robinson said.

“This is just the beginning of the work I hope to do to continue Hal’s legacy and contribute to a more just Australia. I can only hope that in, the decades ahead, I can make a fraction of the contribution he did. But imagine what we can achieve if we all aimed for that?”

Ms Robinson said her profile grew when she represented Julian Assange and WikiLeaks, and young lawyers from around the world contacted her saying they wanted to be human rights lawyers too.

“I knew I was only able to do what I do because of the immensely privileged educational opportunities I’d had. But that just motivated in me a mission that I shared with Hal: trying to break down barriers to our profession for women and marginalised communities,” she said.

A chance meeting with a philanthropist at Assange’s 40th birthday party in house arrest led to them creating the Bertha Justice Initiative – a program providing paid opportunities for lawyers from marginalised communities to be mentored and trained by the best human rights lawyers. The program has invested more than US$50 million to support the next generation of lawyers in 17 countries.

Frustrated by her inability to bring the Bertha program to Australia, Ms Robinson said she looked at different ways to fund the work here. The culmination was the Grata Fund, which is funding work on Indigenous justice and climate.

Ms Robinson has indeed had what Dean of UNSW Law & Justice Professor Andrew Lynch described as “a remarkable career”. As well as a defence lawyer for Julian Assange and WikiLeaks, she has acted for major media outlets in the US and UK, appeared in anti-terrorism and free speech litigation before the UK Supreme Court, and the European Court of Human Rights. She's a founder of international lawyers for West Papua, in pursuit of its right to independence and greater human rights protection. She is also a member of the UNSW Australian Human Rights Institute (AHRI) board based and a founding director of the Grata Fund, both based at UNSW Law & Justice.

“I hope that you will all join me in honouring Hal by continuing his legacy in your own way,” she said.

“In this way, Hal will retain an immortal quality because he lives on in this law school and in each and every lawyer who is inspired by him to ‘live greatly in the law’.

“We stand on Hal’s shoulders.”

Read about the Hal Wootten 50th Anniversary Scholarship which will support students experiencing adversity or disadvantage to undertake a degree at UNSW Law & Justice.