The accomplishments of successful royal commissions flow not just from strong findings and recommendations but from intelligent procedure, writes Grant Hoole. 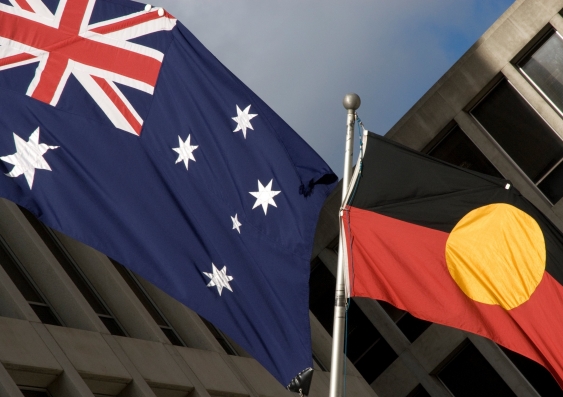 Brian Martin has stepped down as head of the royal commission into the treatment of juveniles in detention centres in the Northern Territory. His decision comes after controversy since his appointment over perceived conflicts of interest regarding his daughter’s former role with the NT government and his record as the territory’s Supreme Court chief justice.

These commissions present a rare opportunity to broker transformative social change. They establish a highly public space in which those at society’s margins can give voice to their experiences and be heard on equal terms to those in authority.

At the same time, they are also staging grounds in which participants defend financial, institutional and legal interests. And they are confined by the pragmatic and political goals embodied in their terms of reference. These factors combined narrow a commission’s transformative potential.

Most commissions resolve this contradiction in favour of incremental, reform-minded policy recommendations informed by a focused, factual inquiry and crafted to maximise the likelihood of acceptance by politicians.

Royal commissions that succeed in doing more than this – those that reshape public understanding of a problem and foster consensus toward root-and-branch social change – are comparatively rare. Their accomplishments flow not just from strong findings and recommendations but from intelligent procedure.

The competing visions captured in Salter’s analysis are evident in the controversy surrounding the appointment of a joint federal and NT royal commission into the NT’s youth detention system.

The need for political impartiality

Critics have questioned the federal government’s swiftness in setting the commission’s terms of reference. They have challenged in particular the limited consultation that preceded those terms.

Many of these criticisms reflect the transformative aspirations that civic groups place in royal commissions. They signal the potential for the inquiry to not only address the events that occurred at the Don Dale facility or the deficient practices of NT youth detention officials, but to interrogate deep-seated social and political structures that contribute to the over-incarceration of Indigenous youth.

The government’s response to this criticism, in contrast, exhibits a quintessentially strategic and utilitarian approach to the inquiry. Attorney-General George Brandis said:

The fact that we didn’t hold some endless public seminar with any number of groups to talk about what should be in the terms is hardly the point … The test is whether it will come up with actionable answers.

Brandis’ statement is disingenuous and disrespectful. There is a reason royal commissions are often colloquially referred to as “public inquiries”. They are a public enterprise meant to restore public confidence in response to legitimate public concerns.

The public are stakeholders in an inquiry; it is for their interest, and in response to their demands, that inquiries are struck. Consultation that is thoughtful and fair, not endless, appropriately reflects an ethic of public accountability that undergirds the entire exercise.

On this measure, the NT royal commission is off to a poor start. It is clear, for example, that NT Chief Minister Adam Giles played a substantive role in developing the terms of reference. But no probing investigation into the oversight of the detention system could exclude senior members of his government – or Giles himself. That Giles contributed to the terms of an investigation in which he is likely to be a subject is unseemly.

If the appointment of a joint NT and federal inquiry is intended to signify the NT government’s willingness to be held accountable for its conduct, its senior officials should have taken the responsible step of recusing themselves from setting its terms.

While not limiting the inquiry to scrutiny of the events at Don Dale, the terms of reference also do not direct the commission to consider fundamental questions going to the propriety of the youth detention system itself.

At their broadest level, the terms direct the commission to consider what should be done to prevent mistreatment of youth in detention, but not whether the detention system is premised on a flawed approach to the individual and societal problems it is meant to ameliorate. Broader consultation would have forced the government to confront these questions and, at minimum, to defend the choice of more restricted terms.

Advice to the new commissioners

The initial choice of commissioner compounded these difficulties. Martin is clearly an accomplished former judge and public servant, and no doubt a person of integrity. But these qualities alone do not make the stuff of a successful commissioner.

Even a person of integrity will be undermined in their execution of an inquiry if, for reasons sometimes beyond their control, they cannot instil confidence among those whose confidence the inquiry is intended to restore. Martin reconsidered whether he was the right candidate to lead the inquiry, and correctly decided to step down.

White and Gooda can take immediate steps to counteract the inquiry’s shortcomings thus far. They should liberally construe their terms of reference to consider “other relevant matters” and subjects “reasonably incidental” to the terms as expressly stated, and afford an early opportunity for those excluded from the government consultation to give input on the inquiry’s future direction.

This will mean first taking an inclusive approach to identifying those participants who will be granted standing at the inquiry. The commissioners should then convene an early public hearing among those participants to invite their interpretation of the terms of reference, and adopt a blueprint for inquiry conduct that rationally considers their claims.

In this manner, the commissioners can remain faithful to the terms but also approach their inquiry as a truly public enterprise guided by the public interest – and not by a political master.

They must also think about confidence in their future conclusions as being intrinsically linked to confidence in their process. They should appoint inquiry staff who represent and command the respect of the communities most immediately impacted by the NT’s youth criminal justice system.

They should locate their inquiry office in a neighbourhood whose youth have frequent contact with that system, and strive to be visible in the community. They should enter youth detention facilities themselves and speak directly with the young people detained there.

And without compromising fairness to those rightly owed an opportunity to respond to serious allegations against them, they must consider means of facilitating the testimony of youth on terms that are compassionate and dignified.

Giving a forum to their voices – obliging the public to view the well-being of young offenders as a matter of collective responsibility and not as a remote task of government – is likely to achieve more than the actionable answers politicians seek.

Grant Hoole is a Vice-Chancellor's Postdoctoral Fellow in Law at UNSW.

This opinion piece was first published by The Conversation.