A significant shift has occurred in the ALP on the idea of Australia becoming a republic, writes George Williams. 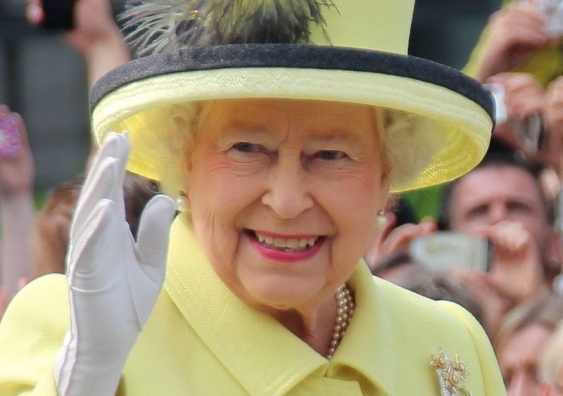 Should the push for a republic wait until the death or abdication of Queen Elizabeth II? Image: PolizeiBerlin/Wikimedia CC BY-SA 4.0

OPINION: A significant shift has occurred in the ALP on the idea of Australia becoming a republic. Under Kevin Rudd and Julia Gillard, Labor was pro-republican, but lacked the courage of its convictions. Those leaders failed to progress the debate, with Gillard saying in 2010 that Australia should wait until the death or abdication of Queen Elizabeth II. Her call for delay was welcomed by coalition republicans, and for five years the debate has been on hold.

Signs have emerged of a new willingness by Labor to pursue the reform. This reflects opposition leader Bill Shorten's personal commitment to the cause. At a speech delivered in June he argued for change sooner rather than later, rejecting the idea of a republic as a "second-order issue ... that can wait for a better time, at a later date". He departed from Gillard's position by stating that Australians should not have to "wait for a change of monarch to renew the republic debate".

Further steps were taken at the party's national conference over the weekend. A motion by Matt Thistlethwaite MP, co-convenor of Labor for an Australian Republic, committed the party to "establishing a clear plan to build the case for an Australian republic and the process to achieve it". This included a Labor Government appointing a minister with responsibility for the issue. Shorten himself said that the journey to a republic should be completed in the next decade.

These moves are welcome. For too long an Australian republic has been championed by individuals and community groups without the backing of political leaders. As a result, the debate has gone nowhere.

Even with strong political leadership, achieving a republic will be a Herculean task. Australia spent much of the 1990s debating the issue. This culminated in a referendum in 1999, which failed when only 45 per cent of Australians voted for change.

The outcome in 1999 was not surprising. It emerged out of a lengthy, but flawed, process overseen at its critical final stages by monarchist Prime Minister John Howard. The model put to that referendum was developed at a constitutional convention in 1998 with equal representation of elected delegates, and parliamentary representatives and government appointees. The latter group played a decisive role in defeating the idea that an Australian president should be chosen by popular election.

This provoked a rebellion by direct electionists, who felt that the process had been rigged. Many joined with Monarchists to campaign against, and ultimately defeat the referendum. They did so on the back of false promises that they could expect another referendum soon, this time more likely for a blueprint involving a president elected by the people.

The model put to the Australian people in 1999, which involved Parliament selecting a president, also had a conspicuous flaw. Rather than being secure in his or her tenure, the president could be dismissed at the whim of the Prime Minister. This exacerbated the notion that the people were not getting a president of their choice, but a head of state beholden to politicians. The key slogan for the No case thus became: "vote no to the politicians' republic".

The process next time must be fundamentally different if the result of 1999 is to be reversed. The people must be given a say in arriving at a model, and not only a yes or no vote at the referendum. Popular ownership is the key, and the aim must be to produce a "peoples' republic".

The first step should be a convention, held in the midterm of parliament. It should be fully elected, thereby grounding its outcomes in popular legitimacy. The convention should debate whether Australia should become a republic, and identify up to three safe and sound models for achieving this.

Australians should then vote in a plebiscite at the following election. They should first be asked: should Australia become a republic? Those answering yes should then have the chance to nominate their preference of the models developed by the convention. In the event that most Australians vote yes to the first question, the model receiving the most support should then be drafted and put to a referendum soon after.

All up, the debate should run for no more than three to four years. The timeline and process should be legislated for up front so that the community has a clear sense of how long it will run, and when they will be given a say.

This would give the debate a sense of purpose and direction that has been lacking elsewhere, such as in the processes for Northern Territory statehood and the constitutional recognition of Indigenous peoples. With this approach, Labor will give itself the best chance of bringing about a successful conclusion to Australia's next republic debate.