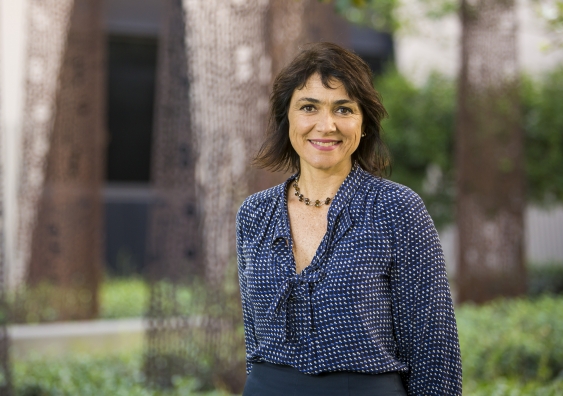 Cody is director of the Kingsford Legal Centre, a community legal centre that is part of the Law Faculty of UNSW. She was among five finalists for the commission's Law award, which is given each year to the person who has achieved the greatest impact in Australia in the law by way of redressing injustice and assisting disadvantaged people.

It is the second time in three years that UNSW Law has claimed the Law award after Professor Andrea Durbach, director of the Australian Human Rights Centre, won in 2013.

Cody said the award recognised her colleagues and the tenacity, smartness and determination of people who seek legal help.

She also took the opportunity to speak out against the Federal Government’s plans to cut about 30% from the budget of the nation's community legal centres, a plan that she said showed the Government didn't value or understand the centres' impact.

She told ABC radio that community legal centres were facing cuts of $35 million over five years, putting them in a dire financial position.

"We can’t keep providing the services that we do to women escaping domestic violence, people who’ve got problems in housing, debt issues,” Cody said. “The things that actually would save the government money in the long term are the sorts of things we’re going to have to cut.”

The 2016 Australian Human Rights Commission Awards were handed out at a ceremony on Friday hosted by Commission president Gillian Triggs.

The full list of award recipients can be found here.