In announcing it would change the way superannuation is taxed if elected, Labor has grasped the superannuation reform nettle by the hand, writes Gordon Mackenzie. 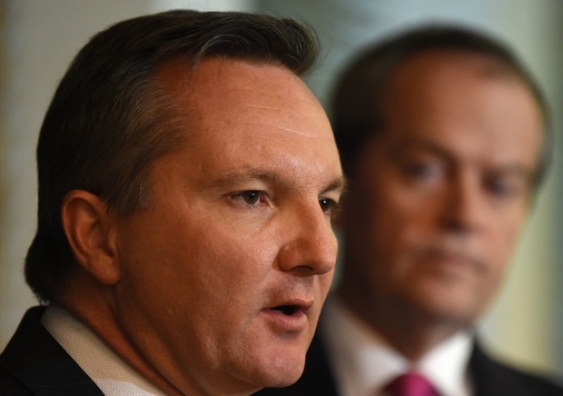 Labor says it wants to change superannuation to redress what it considers are inequities in the current system that substantially benefits wealthier superannuants.

Briefly, they are proposing two additional taxes: first, those on incomes over $250,000 would pay an extra 15%, in addition to the 15% already payable, on contributions to their super. Second, super fund earnings over $75,000 per annum would be taxed at 15%. These would not start until 2017 and any gains from assets that funds already own would be excluded.

How it works now

It’s worthwhile to first get a base-line on how super is taxed now. It is often said that super tax is one of the most complicated of all taxes, but simply put, super can be taxed at three points: 15% when you contribute, 15% on annual earnings and, if you take it out before you turn 60, depending on the amount, it might be zero or 15% on a lump sum, or at marginal tax rates less 15% on a pension, but no further tax after age 60.

In effect then, you will have only paid 15% tax on your super received after age 60 and, more importantly, the fund will not have paid tax on its annual earnings after age 60 if it is paying you a pension.

Given that is the way super is currently taxed, one view of the proposed increase in tax on contributions if income is over $250,000 and on fund income over $75,000 pa is, in effect, putting “progressivity” (or more progressivity in the case of the 15% contributions tax) into the super tax system.

Progressivity simply means the wealthy you are, the higher rate of tax you pay.

In the current system the fact there are no fund or benefit taxes after the age of 60 acts as an incentive for people to take a pension rather than a lump sum.

But before 2007, encouraged to put as much after tax money into their super as they could, superannuants built up large balances. At the time, when they took the earnings out, they paid the highest tax rate above what was deemed as a certain reasonable amount.

But under current rules, the earnings after 60 on those large amounts are not taxed, either in the fund or when paid.

Proposal to tax the wealthier

The proposal to tax fund income has been seen before, when in 2013 Labor proposed that it apply from $100,000, which translated to a fund account of A$2 million.

The superannuation industry had real problems with that proposal because it would cause them (and fund members) significant administration costs. For example, a lot of people have more than one fund and the only people who know what the aggregate income of all those funds are is the Australian Taxation Office, and even then they don’t know until two years after the event because that is how long it takes for them to get the data.

Also, how do you deal with tax on fund income that has built up over a long time? This problem is called “bunching”: if you had got the gains progressively each year you wouldn’t have had any tax, but because they are all “bunched” into one year you have to pay tax.

Another problem is how you measure the $75,000 per annum of income? Is it on a member account basis, or total fund income divided by all the accounts, and is it only on income that the trustee credits to the member - or all income earned by the trustee?

On the other hand, excluding existing accrued gains is sensible from a number of perspectives - it’s easy to do and it means that gains accruing before the tax commences will not be taxed (another “bunching” issue).

The fund tax starts at $75,000 on the basis that an account of $1.5 million would earn that, it only affects 60,000 people and it won’t affect full or part time age pensioners.

As noted, the previous proposal of taxing fund income over $100,000 was based on the assumption that you needed $2 million in your account to earn that, in which case it was a reasonable threshold. The Association of Superannuation Funds of Australia (ASFA) has suggested that the tax should only be paid on earnings from accounts over $2.5 million, as they considered that a reasonable figure to fund your retirement.

A 2017 start date will create planning opportunities, such as people transferring some of their super balance to their spouse - “income splitting” in other words.

Through the super courses we have been asked by Chartered Accountants and the CPA to provide for their members, we are being told that some people - particularly those with self-managed super funds - are already planning for taxation of fund income by selling and “reacquiring” their assets - which means they will pay zero tax when they finally get rid of the asset.

Overall then, Labor’s proposals raise a couple of questions. First, the super industry has already made it clear that a fund tax will probably not work, so just changing the threshold hasn’t addressed that problem. In any case, assuming it does come in, it will distort where funds invest as it will be a bigger incentive for funds to invest in Australian companies paying imputation credits that can reduce the tax bill.

In terms of the additional 15% contributions tax, given that the maximum someone over 50 can contribute without paying more tax is $35,000, the government will only collect an additional $5,250 per person, but there are not that many people earning over $250,000. It is 170,000 of 23 million people.

It would have been good to have some deeper explanation of both these thresholds other than just the number of Australians who are going to pay more tax. Is that what is considered a reasonable tax-free retirement, for example?

Anecdotes we’ve garnered from our work with the accounting professions suggests some elderly clients are getting large untaxed pensions which they do not know what to do with and, to be frank, would not be averse to paying some tax. If that is correct, then the real issue is, at what threshold?

Finally, would these changes make super fairer and more equitable? Probably not in a meaningful way. It’s just tinkering around the edges and making a complex retirement funding system more complex.

Gordon Mackenzie is a Senior Lecturer at UNSW Business School.