There is no doubt that plebiscites are powerful indicators of public opinion, but when it comes to complex public policy questions, they can detract from good decision-making, writes Jenny Stewart. 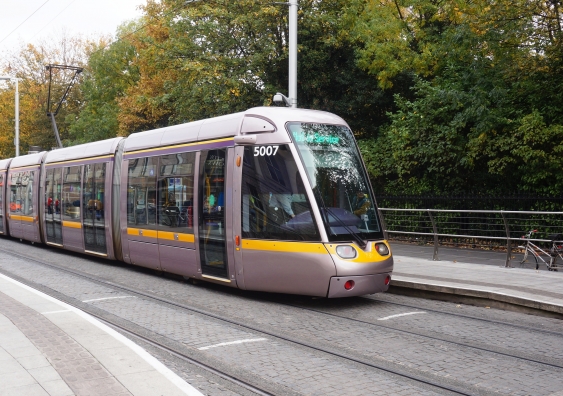 OPINION: There is no doubt that plebiscites are powerful indicators of public opinion. As the Brexit vote showed, when the people speak in this way, it is impossible to ignore.

Paradoxically, the power of plebiscites to address highly charged issues may also be an argument against them. Here in Australia, Labor and the Greens opposed a plebiscite on gay marriage because they distrusted the process (fearing a divisive debate).

Many would argue that plebiscites should not be necessary at all because it is the job of our elected representatives to make public policy decisions on our behalf. On the other hand, when issues touch on deeply held beliefs, views often cross party lines. In these circumstances, even a party in government may be reluctant to force its members to adhere to a specific line.

When it comes to complex public policy questions, though, the politics of plebiscites can detract from good decision-making. Our recent ACT election, which became a de facto plebiscite on the issue of light rail, is a case in point. As a result of their victory at the polls, ACT Labor and the Greens have been able to claim popular endorsement of their light rail policy.

But is the election result quite what it seems? Labor played very hard ball indeed over light rail, pushing the contract to signature when there was no need to do so. Many of those who opposed light rail were uncomfortable with the thought of contractual penalties if the project did not proceed, and of those still opposed, voting for the Liberals may have seemed a stretch too far. The extension to Woden Town Centre (not discussed at all before the election) shored up the votes of those who were happy enough to vote for light rail, once they thought they, too, would share in its benefits.

This strategic brilliance, however, should not be confused with good policymaking. An issue that should have been the subject of broad public inquiry, and then (if required) policy competition, became instead a fait accompli. Far from the election being about promises, this one was about something that had already happened.

There can be no doubt about the political benefits, though. The Liberals had little choice but to oppose light rail. With the project apparently vindicated, they have been left without much room to manoeuvre, making the task of opposition even harder than usual. As the project proceeds, there will undoubtedly be opportunities to criticise cost blowouts and implementation problems. But other than saying "we told you so" when the tram's economic deficiencies start to bite, there is little political capital to be made.

After five straight defeats, the Canberra Liberals must be wondering what they have to do to win an ACT election. In 2016, they had moderate leadership (Canberra voters do not like hard-right conservatism), and sensible policies in transport and in health. But Labor's skilful use of light rail was not the only reason the Liberals lost. There were other factors at work, to do with the relative political will of the two major parties.

Labor seemed much hungrier for victory than the Liberals, and it raised and organised its electoral forces more cleverly. My own street, for example, in the key electorate of Murrumbidgee, was doorknocked twice during the election campaign by Labor candidates and their supporters. We did not see the Liberals once. I know the Liberals were working hard, too. But clearly they found it difficult to match the resources and the "reach" of Labor.

Imagine the outcry if London's celebrated cityscapes were to be torn down and replaced by supposedly "vibrant" apartments and tramways. It simply would not happen. But being Australians, we cannot see our own heritage even when it is in front of our eyes.

Far from being tired, Labor's victory shows us just how much the Labor hierarchy wanted – and perhaps needed – to win. After 15 years in power, there was too much to lose to let it go lightly. Tight networks have formed with business interests and with unions in the construction sector. In a sense, it does not matter if Labor's vision is a financial flop, because everyone will have had such a splendid time building it.

And this is where there may be a way forward for the Liberals, if they can establish their claims to sustainable financial management for the ACT. Labor and the Greens adopt an essentially "magic pudding" approach to budgetary policy. You can cut as many slices as you want, and there will always be plenty left. The conditions that are supporting budgets in Victoria, NSW and the ACT – rapid population growth and rising house prices – will, however, sooner or later start to unravel. The grandiose plans will have to be shelved.

There is, in addition, the problem of Canberra's planning. Labor's density-at-all-costs philosophy is chipping away at the values upon which much of Canberra's development was based. These principles of distributed development continue to offer an attractive and workable future for the city. Surely a conservative party should have something to offer here, in terms of honouring and adding to what is there, rather than rejecting it?

Planning instruments and development rules have adapted to, rather than shaped, the growth of the city. We now have a development system that is more permissive than in the past (in the sense that the rules can be waived if "merit" is claimed). At the same time, there are many component elements (the Territory Plan and its many variations and technical amendments, Precinct maps and codes, plus the development codes themselves) that have evolved in response to particular pressures and whose interactions are difficult to assess. The end result is that our city 's appearance reflects the end result of many separate developments, each reflecting the commercial imperatives of the particular developer, rather than any real planning philosophy.

It is difficult to see where the public interest lies in all this. Communities fight for what is precious to them but too often, are disregarded. As time goes on, Canberra's heritage (I use that term in its broadest sense) is being steadily eroded away. Imagine the outcry if London's celebrated cityscapes were to be torn down and replaced by supposedly "vibrant" apartments and tramways. It simply would not happen. But being Australians, we cannot see our own heritage even when it is in front of our eyes.

Part of that heritage included open spaces for parks, and buildings that were not overbearing in height and scale. But that public amenity is fast eroding, as central Canberra is showing us. Bunda Street's attractive streetscape has long been compromised by the bulk and height of the buildings near it. Between them, well-placed developers seem likely to overbuild central Canberra to the point of no return. A revitalised Canberra Liberal Party would earn the support of many citizens by working openly, through as many forums as possible, to preserve the city's grace and style while also accommodating its future growth.

Professor Jenny Stewart is a Visiting Fellow in the School of Business, UNSW Canberra.