Law and poverty in Australia 40 years after the Sackville Report

Forty years after his landmark work on the law and poverty in this country, Justice Ronald Sackville will address researchers, practitioners and advocates as part of Anti-Poverty week. 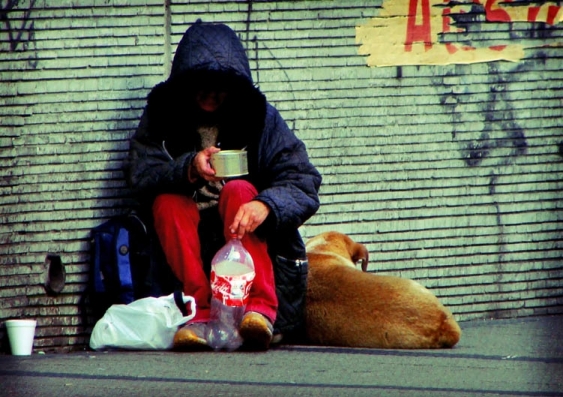 Anti-Poverty Week aims to strengthen public understanding of the causes and consequences of poverty and hardship around the world and encourage research, discussion and action to address these problems. Photo: Luis Felipe Salas, Flickr creative commons https://creativecommons.org/licenses/by-nc-nd/2.0/

Forty years after his landmark work on the law and poverty in Australia, Honourable Ronald Sackville AO QC,  will this week address researchers, practitioners and advocates on what has so far been achieved and what still needs to be done.

Justice Sackville, Acting Judge of Appeal, will speak on Friday 16 October about the law as a mechanism for reform. Since his 1975 Law and Poverty in Australia, the second main report of the Commission of Inquiry into Poverty, he has been critical of the fragmented approach to access to justice in this country.

UNSW Professor Peter Saunders from the Social Policy Research Centre, who is an economist on the World Bank Commission on Global Poverty, is the other keynote speaker on Friday, giving an overview of four decades of Australian poverty research.

The NSW Attorney-General and UNSW alumna, the Honourable Gabrielle Upton, will give the welcome address.

There are six other sessions during the two-day event, including those on the complexity of poverty, specific areas of disadvantage and access to justice. Also speaking on Friday is Professor Julian Disney, who is the National Chair of Anti-Poverty Week and Director of the Social Justice Project, based at UNSW Law. Professor Disney will discuss poverty, tax and social disadvantage.

What: Law and Poverty in Australia 40 years after the Sackville Report

For more information on the event, go to the website.

Report uncovers a grim picture of child poverty in Australia