How ironic and embarrassing that Tony Abbott, of all people, should present himself to the world as our champion in defence of western values, writes Hal Wootten. 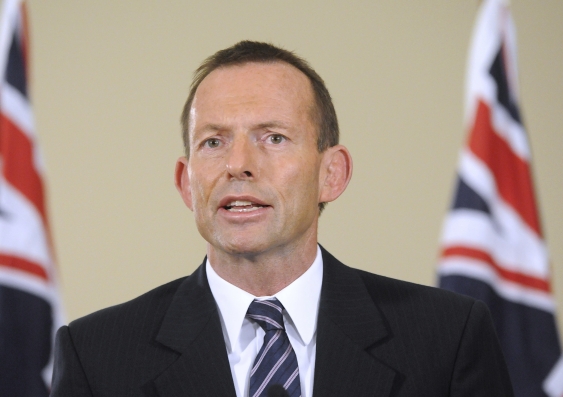 OPINION: How ironic and embarrassing that Tony Abbott, of all people, should present himself to the world as our champion in defence of the values of the Enlightenment, of the Reformation, and "Western civilisation" generally.

For years we have squirmed with discomfort and sometimes shame as he trashed or mocked these values, first as leader of our national opposition and then as official leader of the nation. What relief when his own party finally moved against him and installed a leader who at least seemed aware of these values, even if committed to continuing some Abbott policies.

We could rid ourselves of knights and dames, even if we had to protect King Coal. We could hope for rational parliamentary discussion in place of the mindless hysteria. The new Christopher Pyne was almost unrecognisable.

We could hope for an end to the undermining of our Muslim leadership in its painful struggle to reclaim disaffected elements of its youth.

But, alas, here is Tony Abbott back, giving Australia a bad name in relation to the anti-terrorist struggle to match the pitiful rating his continued carbon policies give it in Paris. Was respect for scientific research not an Enlightenment value?

It is a pity, too, that he did not learn the lessons of Orientalism, for his comparison of our own and Islamic cultural development reeks of the arrogance, ignorance and prejudice, and lack of self-awareness and self-criticism, that Edward Said powerfully exposed more than 40 years ago

Mr Abbott is ready to patronise Muslims by offering to help reform their religion. Any religion that is based on the authority of a holy book written many centuries ago will face problems as values change. Many Christians today are embarrassed by what the New Testament says about homosexuality, and if they followed Old Testament exhortations about what should be done to enemies of the Lord, the world would be bloody indeed.

The great majority of Muslims, like the great majority of Christians and Jews have, often with the aid of religious scholars, found ways to interpret or disregard texts that conflict with the central teachings of their religions, which for them are about leading a good life in harmony with other human beings.

Of course, there are always a deviant few who reject the majority wisdom and thrive on opportunities for violence or self-aggrandisement, insisting on literal interpretations or misinterpretations. Their views gain traction in troubled times, when social norms are disturbed, or when a religion is treated with contempt. The existence of recondite texts does not cause social disruption – they become weapons in the hands of those who are already disposed to violence.

It is hard to imagine greater cruelties than those inflicted on unbelievers by official Christianity during the Inquisition, and well within living memory there have been examples of mass suicide or slaughter by extremist Christian sects.

Right on the doorstep of Islamic State, a fanatical Jewish minority has hijacked Israeli policy towards Palestine on the basis of ancient texts claiming a gift of land from God thousands of years ago. The resulting intensive Jewish settlement of the West Bank has probably made impossible the obvious two-state solution to the difficulties created when the Christian West exported its Jewish problem to Arab land.

The tiny scale of violent reaction from Muslims, compared to the enormous slaughter of Jews in Christian Europe, and the violence of Israel against Muslims in Gaza and the West Bank, mocks Mr Abbott's assumption of the moral high ground against Islam.

The values of Western civilisation might have have been preached, but were not practised. Virtually the whole Muslim world was colonised and exploited by the West. In most of Asia and Africa Muslims were under the colonial rule or domination of Christian imperial powers – Britain, France, the Netherlands, Germany, Spain, Portugal and Russia – until after World War II. In the Middle East and adjacent areas Muslim populations were pawns in the power plays of Christian empires that prevented natural development and bred anything from scepticism to hatred of Western values.

In the Middle East after World War I Britain and France divided their spheres of influence into nominally independent states and either appointed their rulers or identified themselves with autocratic regimes. As oil came to dominate the world economy, the United States became a big player and Russia (aka the Soviet Union) looked for opportunities, again not to civilise but to exploit.

In the early 1950s Mohammad Mosaddegh, a democratically elected Prime Minister, aspired to make Iran into the kind of secular democracy Mr Abbott commends. He was promptly removed in 1953 in a coup organised by British and US intelligence. Governing with US support, the autocratic Shah became so unpopular that he fled the country in the face of a popular uprising, paving the way for Iran to become an Islamic republic in 1979.

US and other Western intelligence agencies must also bear responsibility for the emergence of Islamic State 50 years later, when trumped-up intelligence was used to justify the destabilisation of Iraq. What is now IS began as a resistance movement against the invasion of Iraq, and morphed into its present form in the chaos the West left behind.

Clearly the West is in no position to patronise Islam. It is no surprise that Mr Abbott's comments have been overwhelmingly rejected by Western leaders, scholars and strategists.

Hal Wootten, QC, is Emeritus Professor of Law at UNSW.