Consumers should always be able to choose where they shop, rather than have that decision made for them by big businesses, argues Frank Zumbo. 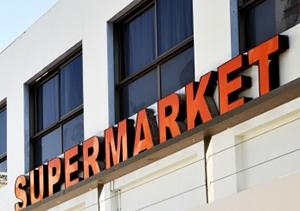 OPINION: We have always been told that consumers should be allowed to decide where they do their grocery shopping, so why don't we allow consumers to decide whether a new supermarket should be built in the first place?

All too often we hear of protracted and costly disputes about whether a major supermarket should be built in a particular town or suburb. Sadly, these disputes can turn nasty, especially as major supermarkets have shown a tendency to fight governments and even residents through the courts and have spared no expense in doing so.

Then, of course, you have supermarkets pushing for the biggest possible development. These oversized developments may be far in excess of what's needed to service the community and usually look like big concrete boxes.

Surely consumers and the wider community should not only have an opportunity to veto the development in the first place, but also to decide how the development would look once it's built.

The point is that supermarkets are a big, physical part of the landscape and those living close by should have a say on whether they are built and, if so, what they should look like. If a majority of local consumers say no to a new supermarket development, then the major supermarkets should respect that.

Clearly, the local community knows best as to what their area should look like. It's those real people who should be allowed to veto a new supermarket. And why stop there, as local consumers should be given the ability to veto liquor stores or shopping centres.

Here we could easily have a legal framework for a so-called voter- or consumer-initiated referendum. That's where a group of voters or consumers can sign a petition to formally require the holding of a referendum to allow the local community to vote on a particular issue or, in our case, whether a new supermarket should proceed in a Canberra suburb.

Isn't that a great idea that even the free market theorists should welcome? After all, shouldn't the consumer be allowed to decide? Don't we want consumers to vote with their feet?

So, why not allow consumers the fundamental democratic right to vote at the ballot box? Let's call it consumer sovereignty in action.

Now, letting the people decide whether they want a new supermarket might be seen as populist. Apparently, that's a bad thing these days. Isn't it strange that when someone advocates a policy reform that is popular with voters, then that person is immediately labelled a populist? What happened to the notion of ''government of the people, by the people, for the people' that underpins our democracy?

Populism with a focus on what ordinary consumers actually want should always be at the heart of our market economy.

Let's not forget that we live in a democracy where people are, within the limits of the law, allowed to have different views. And how do we decide which views prevail? We have an election or referendum.

Yes, there are different views about whether we need more new supermarkets in the ACT, but why don't we just let the local consumers decide?

There are other benefits of having a referendum. The big end of town would save lots of money that they may spend fighting the local community and governments who oppose the new development. Instead of huge legal bills being generated for the benefit of the cosy lawyer club, why don't we allow the supermarket to win the referendum by persuading the local consumers directly about the merits of the supermarket?

We could even have formal debates between the corporate types advocating the development and the community activists opposing the development. Wouldn't that be fun to watch? Wouldn't it be great if the supermarket executives came down from their ivory towers and met the local consumers for a proper debate?

Once a referendum is held on a supermarket development, the decision would be binding for a defined period of time. If the development is wanted by the majority of voters, then it proceeds. If not, the development cannot be resubmitted for, say a period of 10 years. Things can and do change over time and a new supermarket that's opposed at one time could easily become popular in future.

You never know, allowing local consumers to initiate a referendum on whether a supermarket should be built may truly empower ACT consumers and allow a more direct form of ''government of the people, by the people, for the people' that could actually be popular with consumers.