Restricting the tax offsets for investing in start-ups to just those with plenty of money will hurt entrepreneurs, writes Jason Zein. 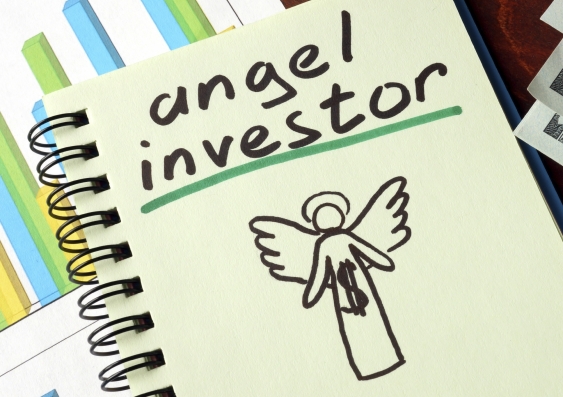 OPINION: As part of its innovation agenda the Coalition government is offering a tax offset of 20 cents for every dollar invested into a startup, as well as an exemption from capital gains tax for up to 10 years. However, it has emerged that this incentive could be limited to only ‘sophisticated’ investors, defined as those earning more than $250,000 per annum or having a net worth of more than $2.5 million.

Placing this restriction on startup investment could potentially disadvantage a key group of seed capital providers namely family and friends or informal investors. Family and friends provided $66 billion of startup capital to emerging ventures in the United States This is about three times more than either venture capitalists or professional angel investors.

Many of today’s largest listed US companies took seed capital from informal investors. For example Whole Foods Market, a $10 billion American organic food company, was started with founder savings and capital provided by family and friends.

These investors each provide anywhere between $1,000 to $30,000 in seed funding, yet many of them would not qualify as sophisticated investors under the Australian government’s definition.

Australian startups face serious challenges in accessing capital at almost every stage in their growth cycle. In particular, difficulties in accessing seed capital, needed to help turn an idea into an operating business, appears to be a critical road block for many aspiring Australian entrepreneurs.

For example, one in five startups cite restricted access to capital as a major barrier to innovation.

So where can startups access very early stage capital? It appears the sources are limited. The latest data from the Australian Venture Capital Association shows that very few seed investments are made in Australia by venture capitalists.

Further, the angel and incubator community is only just emerging, with only about 12 active groups across the country. This further points to the important role that informal investors can play in filling the capital cap that occurs at a venture’s seed stage.

It is true that informal investors stand to lose a greater proportion of their wealth in comparison to high net worth individuals when investing in startups. However another important innovation agenda reform, equity crowdfunding whereby ordinary mum and dad investors can take an equity stake in a startup through an online portal, would allow them to diversify their risks across many ventures, beyond those in which they have personal connections.

With this in mind, there are several reasons to believe that encouraging, rather than penalising small unsophisticated investors, is an important step to help young Australian startups to grow.

Family and friend investors have a personal connection with the founder, and typically will invest out of loyalty, trust and a belief in the founder’s ability. Such relationship characteristics are difficult to replicate with professional investors, who will often price down a company’s value to account for the possibility of moral hazard or unscrupulous founder motives.

In fact, if a start-up can grow through family and friend investments, often venture capitalist and angels become more inclined to offer follow-on funding, because the fact that informal investors have put their trust (and money) in the founder is a strong signal of the entrepreneur’s integrity and ability.

Bringing on formal or sophisticated investors too early can also stifle innovation. Venture capitalists are certainly not patient. They look for an exit in five years. Angel investors are a little more patient, but still look at a 10 year time frame. Often developing an innovative business can take much longer. For example, Glenn Martin the founder of Martin Jetpack, a Kiwi startup that listed on the ASX last year, first started work on the jet pack in 1981.

Further, a slower start to a venture is often a safer start, where the entrepreneur can take a “try it, fix it” approach and has ample opportunity to correct errors from poor decisions. Informal investors are more likely to be hands-off in their investment approach and thus far more likely to tolerate such an uncertain environment.

On the other hand, professional investors are much more hands-on and may prefer the safe proven routes learnt from previous investments, when in fact an experimental try-it, fix-it approach may be more conducive to innovation.

The Australian government’s efforts to recently secure a “landing-pad” in San Francisco’s highly successful RocketSpace hub, is exactly the kind of initiative that will help Australians learn how to foster a more vibrant domestic startup ecosystem.

While this will not directly address the seed capital gap, helping founders to access valuable networks and to develop their ideas through co-working with others, will certainly enhance their future capital raising capabilities.

Jason Zein is an Associate Professor in the School of Banking and Finance at UNSW.