Toy maker LEGO has demonstrated the awesome power of crowdsourcing ideas from its fans. 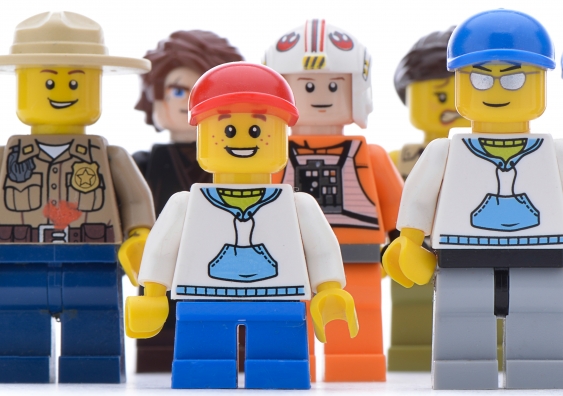 When the LEGO Movie swept all before it at the box office last year, it also briefly helped the Danish toy maker pip its rival Mattel for the first time as the world’s biggest toy manufacturer.

Sales rose to a record $5.5 billion in 2014, with double-digit growth in all regions. It was a striking turnaround for a company that in 2003 was on the brink of bankruptcy as children stopped playing with its famous plastic bricks and turned to video and computer games.

Yet Hollywood alone doesn’t account for this business miracle. Instead the company has also harnessed the creativity of its loyal fan base and the potential of crowdsourcing ideas.

In 2008 LEGO teamed with the online crowdsourcing company Cuusoo to trial the concept in Japan, leading to a global rollout of the platform three years later.

Now known as LEGO Ideas, the platform complements the work of scores of in-house designers at the company’s headquarters in Billund, Denmark and has led to such product launches as the LEGO Ghostbusters 30th anniversary set, conceived by Queenslander Brent Waller.

Would-be toy developers get a percentage of sales royalties if their idea goes to market, but as Waller points out that is hardly the motivation. “It’s any LEGO fan’s dream to have an official set they created,” the 35-year-old told Bloomberg.

LEGO is at the forefront of a corporate shift to crowdsourcing that includes the likes of Starbucks, IBM, PwC and even the US Department of Defense. Companies such as Kettle Chips have even used crowdsourcing to determine new flavours.

In their paper, Organizational Learning with Crowdsourcing: The Revelatory Case of LEGO, researchers Daniel Schlagwein and Niels Bjørn-Andersen say crowdsourcing has become a legitimate form of organisational learning – the area of knowledge relating to how organisations adapt to market changes.

Schlagwein, a lecturer in the School of Information Systems at UNSW Business School, says the embrace of such an open-innovation model represents a total shift in how organisations look for new ideas and opportunities. Larger companies, in particular, are well placed to benefit in this space.

While academic and business knowledge has always recognised the value of external ideas, those ideas have typically been seen as just part of the landscape in which companies operate.

“But crowdsourcing, such as with the case of LEGO, shows how you can actively create this landscape because all the ideas are not just somehow found by LEGO – they are purposefully created for LEGO,” Schlagwein says.

Global IT research company Gartner predicts by 2017, more than half of consumer goods manufacturers will receive three-quarters of their consumer innovation and research and development capabilities from crowdsourced solutions.

Australian futurist Ross Dawson, the author of Getting Results from Crowds: The definitive guide to using crowdsourcing to grow your business, says for major organisations such innovation creates a competitive edge.

UNSW’s Schlagwein however warns organisations need to be open about intellectual property issues, the rights of external product developers and the nature of any royalties they may receive.

“It really needs to be transparent to the crowd what is going to happen, otherwise you might just upset the crowd.”

Just as importantly, he argues, the company must have a credible commitment to following through. A key to LEGO’s crowdsourcing success is that it has a clear and systematic approach to the generation, collection and rollout of ideas.

“You cannot engage crowds, but then not act on their ideas,” Schlagwein says. And he believes LEGO provides a blueprint for other organisations to follow.

“It’s a way of systemising the whole ideas process from somebody having a hunch to actually having a LEGO product on the shelves worldwide.”

Read a longer version of this story at businessthink.unsw.edu.au