The push to reduce the GST threshold on imported goods is likely to be the federal government’s first real test on “public” tax reform. Let's hope a consumer backlash won't divert it from sound decision making, writes Dale Boccabella. 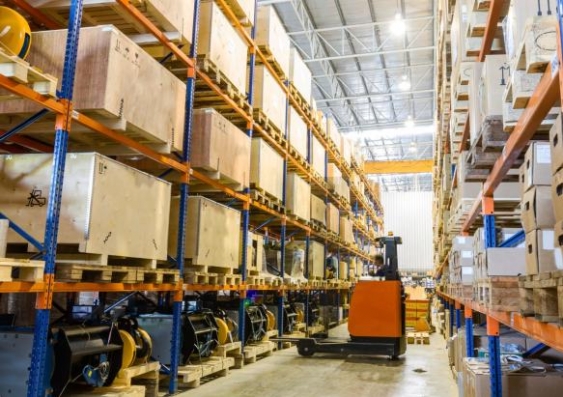 OPINION: The push from the states to reduce the GST threshold on imported goods is being driven by a desire for a bigger pool of GST revenue and in spite of the inevitable backlash from consumers, they will get their way.

Australia’s A$1,000 GST low value exemption on imported goods is significantly higher than comparable countries such as the United Kingdom ($25), Canada ($20), Singapore ($330), New Zealand ($320). More importantly, the $1,000 threshold is too great a departure from the zero-threshold that applies to consumer purchases from Australian bricks and mortar retailers.

What may further anger consumers is the approach governments take to border security charges and tax collection costs under a lower threshold, given parcels that flow through the international mail stream into Australia are subject to manual, labour intensive processes.

Under current law, there are no Customs and Border Protection import charges levied on imported items valued at or below the $1,000 threshold. However, somewhere between $40 and $48 is charged to goods above $1,000. The Department of Agriculture, Fisheries and Forestry (DAFF) also levies a $15 charge on items above $1,000 only to support its biosecurity obligations.

As the 2012 report from the Low Value Parcel Processing Taskforce noted, the current approach to border charges involves cross-subsidies, infringes neutrality and undermines the government’s cost recovery principles. Accordingly, if the government decides to lower the GST threshold (to say $300), it will be faced with the decision as to the level of charges (if any) that will apply to the import.

In addition, GST collection costs for the newly taxed items is very likely to be passed on to consumers. The most likely outcome is that the express carriers and Australia Post will be required to collect and remit GST to Customs, and from there, be allowed to recoup these costs from the consumer.

Part of the reason for placing this burden on the express carriers and Australia Post is that goods can be released to consumers from Customs controlled premises before the GST is collected, thereby allowing for quicker delivery. This would also avoid the need to store “tax unpaid goods” at mail gateways and licensed premises, which already have significant capacity problems.

All up then, a consumer who purchases a $500 item from an overseas supplier could end up paying a lot more - say, $650-$750 - to actually obtain the item. The cost will be even higher if GST is levied on transport and insurance costs, which is currently the case for goods above $1,000.

The question of whether the lower threshold would also apply to customs duty will also need to be addressed, but this would not be a significant cost as most items only have 5% duty on them.

The other political issue involves the timing of a change to a lower threshold. On the one hand, the bricks and mortar retailers and the states would prefer a lower [permanent] threshold implemented as soon as practically possible. But border security agencies like Customs, as well as the express carriers and Australia Post, would like anywhere between 18 months to three years to implement it properly.

Timing will depend on the time required to upgrade computer systems, and increasing staff numbers to deal with the higher volume requiring manual data capture in the international mail stream, as well as required staffing changes to deal with increased volumes of items requiring GST assessment and collection.

The movement of cargo was severely disrupted and border security compromised over a two-month period when the import component of the Integrated Cargo System (ICS) was introduced by Customs in 2005.

This happened due to the lack of pre-testing of new systems and software, a lack of industry readiness and training and lack of staged implementation of the change. The government will want to avoid repeating such a failure.

The Taskforce noted three things. First, it would not be practical to just lower the threshold without any system changes and considerable preparation. Secondly, depending on issues such as to who will collect the GST from the Australian consumer - there are a number of options, or a combination of options - and the extent of system changes required, initial reforms could be implemented within two years.

Thirdly, once a decision is made to lower the threshold, reductions in the threshold to its long-term level should take place in stages. This allows all relevant parties to review how the first stage was implemented, and it allows for adjustments to systems in readiness for the extra volume numbers associated with the further reduced threshold.

Further, the desirable staged reduction in the threshold to its ultimate long-term level may push implementation of this reform agenda into a new federal parliamentary term, which raises the prospect that part of the reform would have to run the gauntlet of an election.

Jean Baptiste Colbert once said: “The art of taxation consists in so plucking the goose as to obtain the largest amount of feathers with the least amount of hissing.” The low value import threshold issue is likely to be the new government’s first real test on “public” tax reform. It is hoped that substantial consumer hissing will not divert the government from sound decision making.

Broader base, not a higher rate the answer for GST reform