In light of the upcoming G8 summit in Northern Ireland, the rationale for re-regulation of banking according to normative criteria has never been greater, argues Justin O'Brien. 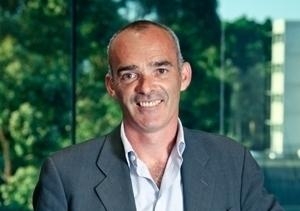 OPINION: The decision by the United Kingdom to host the upcoming G8 in a luxury resort outside the small market town of Enniskillen may well come back to haunt it. When British Prime Minister David Cameron announced the decision last November he claimed that “it will be a brilliant advertisement for Northern Ireland …. I also want to show the world, of course, what a beautiful place Northern Ireland is and Lough Erne is one of the most beautiful places in the entire United Kingdom”.

The endorsement of the region, one of the most economically disadvantaged in the UK, also provides a painful reminder of the disastrous risk management strategies of major British banks. Unsustainable real estate development has despoiled the landscape. Property prices continue a downward tumble, falling 17% in the past year alone. The decline from peak is as high as 65%. It has prompted more and more developers to go bust further increasing the impairment charges to a banking sector still under effective government control, decreasing social mobility and adding to the benefit burden.

All week local council workers have been erecting temporary hoardings adorned with photographs of the natural beauty of the Lakelands around semi-derelict commercial and housing developments. The gesture, while laudable, demonstrates just how fragile the recovery is. It is indicative of the limitations of the strategy that many of the hoardings have been ripped from their moorings by moderate winds.

The imminent arrival of the world media may, however, provide a lifeline to the Lough Erne Resort, the iconic symbol here of the fast receding memories of an illusory boom. With disastrous timing the resort, set on its own private peninsula that includes a championship golf course designed by Nick Faldo, opened in October 2007.

After failing to service loans valued at £24 million ( $A36 million) 18 months ago administrators at KPMG put the resort up for sale, inviting offers of £10 million (A$14.5 million). No bids have been received. Staging the G8 here provides the administrators with an unprecedented global advertising campaign. It staves off closure and a further write down for Bank of Scotland Ireland, a subsidiary of HBOS, which had proffered the initial funding for the resort; secured, in part, by a supermarket in Dublin.

The risk management strategies that led to investments such as the Lough Erne Resort were described in a report issued this week by the Parliamentary Commission on Banking Standards as “incompetent”. According to the Commission, the HBOS board displayed “wilful ignorance” of corporate and international lending practices. These deficiencies, it concludes, were alone sufficient to tip the bank into insolvency.

The parliamentary findings follow the release of an independent review into business practices within Barclays. Commissioned by that bank’s board, the Barclays review was informed by extensive referencing to the academic literature on the interaction between incentives and culture. As my colleague Elaine Byrne has noted, however, it refrained from apportioning blame to specific individuals. The Commission on Banking Standards report into HBOS, “An Accident Waiting to Happen” displays no such reticence.

Using a combination of board papers, correspondence between the bank and its regulators and interviews with key personnel conducted by counsel, the report systematically strips away prior rationales for failure across three core areas: corporate lending, international exposure and treasury investment.

“(The) aggregate profit and loss charges attributable to the Division in the period from 2008 to 2011 totaled £7.2 billion [A$10.5 billion]. Losses on this scale alone would have required recapitalisation of the Group. All relevant functions at HBOS, from the Board downwards, did not properly understand the nature of the risks embedded in the Treasury Division’s structured investment portfolio, either from a credit risk or liquidity perspective.”

Given the critical role of culture in British banking, the Commission concludes:

“The strategy set by the Board from the creation of the new Group sowed the seeds of its destruction … The strategy created a new culture in the higher echelons of the bank. This culture was brash, underpinned by a belief that the growing market share was due to a special set of skills which HBOS possessed and which its competitors lacked. The effects of the culture were all the more corrosive when coupled with a lack of corporate self-knowledge at the top of the organisation, enabling the bank’s leaders to persist in the belief, in some cases to this day, that HBOS was a conservative institution when in fact it was the very opposite.”

According to the Commission:

“The risk function in HBOS was a cardinal area of weakness in the bank. The status of the Group risk functions was low relative to the operating divisions. Successive Group Risk Directors were fatally weakened in carrying out their duties by their lack of expertise and experience in carrying out a risk function, by the fact that the centre of gravity lay with the divisions themselves rather than the group risk function, and by the knowledge that their hopes for career progression lay elsewhere in the bank. The degradation of the risk function was an important factor in explaining why the high-risk activities of the Corporate, International and Treasury Divisions were not properly analysed or checked at the highest levels within the bank. The weaknesses of group risk in HBOS were a matter of design, not accident. Responsibility for this lies with Sir James Crosby, who as Chief Executive until 2005 was responsible for that design, with Andy Hornby [who succeeded Crosby as CEO], who failed to address the matter, and particularly with Lord Stevenson as Chairman throughout the period in question.”

The report recommends that all three should be banned from working in the financial services sector for life. Changing personnel will not, however, be sufficient to address structural problems identified in the report. It may, however, instill rudimentary personal accountability. The critical message of the report is the banality of the failure. HBOS “was a traditional bank failure pure and simple. It was a case of a bank pursuing traditional banking activities and pursuing them badly.”

The failure to date of the executives to accept responsibility necessitates in the view of the committee external sanction.

“In view of the reckless lending policies pursued by HBOS Corporate Division, we are extremely disappointed by the attempts of the most senior leaders of HBOS at the time to attribute the scale of the consequent losses principally, or in significant measure, to the temporary closure of wholesale markets. The lending approach of the Corporate Division would have been bad lending in any market. The crisis in financial markets was merely the catalyst to expose it,” it concludes.

The myopia was intensified by the lack of effective internal controls. While the report notes that while the retail losses were not in themselves material to the collapse of the bank the losses in corporate and international were, a situation exacerbated by the failure to design a system of oversight capable of integrating the cultures of the merged entity. Retail, for example, remained under the control of former Halifax building society executives. Corporate and international were staffed by Bank of Scotland staff.

The credibility of the conclusion that mismanagement lies at the heart of the HBOS failure is enhanced through an extraordinary appendix that details losses in two major export markets. Along with its counterpart RBS, HBOS had significantly increased its exposure in the Republic of Ireland. The fact that HBOS impairment in the Republic in the period 2008-2011 peaked at 35%, the second highest, suggests risk management was non-existent. Basing success on an increase of market share without taking into consideration the incremental deterioration in market quality evidenced hubris on an industrial scale. While the losses in Ireland are linked to a disastrous economic collapse, the same cannot be said of its second core export market: Australia.

The report notes that “the Australian economy has been one of the most resilient in the world, and impairments there for the leading banks have been amongst the lowest as a proportion of the loan book of any major banking system”. Despite this HBOS suffered heavy losses, an estimated 28% of the total. As the report makes clear in relation to both Australia and Ireland, the “evidence from those two countries clearly suggests that HBOS had significantly worse asset quality than other banks”.

It did so because “abroad as at home, HBOS took what it saw as the relatively quick and easy path to expansion without acknowledging the risks inherent in that strategy. As in the UK, HBOS concentrated on sectors which enhanced the intensity of its subsequent exposure. In two markets alone — Australia and Ireland — it incurred impairments of £14.5 billion ($21.2 billion) in the period from 2008 to 2011. These losses were the result of a wildly ambitious growth strategy, which led in turn to significantly worse asset quality than many of its competitors in the same markets. The losses incurred by HBOS in Ireland and Australia are striking, not only in absolute terms, but also in comparison with other banks. The HBOS portfolio in Ireland and in Australia suffered out of proportion to the performance of other banks. The repeated reference in evidence to us by former senior executives to the problems of the Irish economy suggests almost wilful blindness to the weaknesses of the portfolio flowing from their own strategy”.

The Lough Erne Resort is, perhaps, a prime example of that folly. The question for the British government now is how to ensure more effective controls are put in place to deal with a still bloated banking sector. Incompetence can be addressed through more invasive supervision and testing of risk management. Wilful blindness, however, requires, a more demanding interpretation of the duty of care expected of a sector that remains unrepentant. Staging the G8 here focuses attention on the accountability deficit associated with what the Barclays review termed a culture of entitlement in British banking.

The Fermanagh wind that rips the hoardings from their anchors reveals the hidden cost of this culture. So too does the invitation to the G8 leaders to check into a hotel that is talismanic of that folly. The unresolved question is whether the political will exists to demand better service from the banking sector or exercise the right to limit its capacity to operate. The rationale for re-regulation of banking according to normative criteria has never been greater.

If the opportunity is grasped the break in the Fermanagh lakelands has the capacity to transform the economy and offer hope in a region that has little cause for celebration. If not the reality of further dislocation and closure beckons in which there is little need or market for luxury hotels financed through hubris.

Justin O'Brien is director of the Centre for Law, Markets and Regulation in the UNSW Faculty of Law.