Making a difference for human rights

As the Diplomacy Training Program, based at UNSW Law, celebrates 25 years, some of its alumni have shared stories of the difference the advocacy program has made to the most vulnerable in the Asia-Pacific. 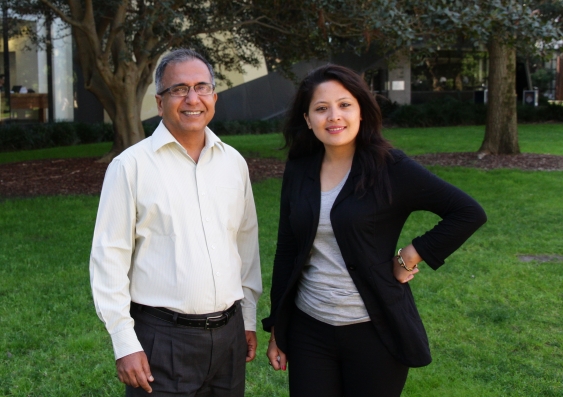 Ever since Gopinath Parakuni did training on human rights and business with the Diplomacy Training Program (DTP) seven years ago, his advocacy for factory workers in India has radically changed.

“It gave me a greater understanding of the UN human rights processes, which I could use to hold corporations accountable,” says Gopinath, who is Secretary-General of the Indian NGO CIVIDEP, which advocates on behalf of workers in global supply chains, particularly female garment workers and those working in the electronics industry.

“We engaged with Nokia to improve conditions for workers and we managed to negotiate severance pay for workers when they left the company,” says Gopinath, who initially did a training program in Manila in 2008.

In the 25 years it has been operating, the DTP has run over 100 regional training courses all around the Asia-Pacific, empowering more than 2,200 advocates from more than 50 countries.

Now 18 of its alumni – including Gopinath – are in Australia for the first Fellows Program. The group will consult with politicians, business representatives, journalists, academics and NGOs on how to ensure that business promotes peace, development and human rights.

The training has been funded by the Australian Government and marks the 25th anniversary of the first program run by the DTP at UNSW in 1990. The program was founded by Nobel Peace Laureate and former President of Timor-Leste, José Ramos-Horta and UNSW Emeritus Professor Garth Nettheim. Dr Ramos-Horta remains a Visiting Professorial Fellow with UNSW Law.

Samrachana Shakya who works with the Migrant’s Centre in Nepal is another alumni.

“The program gave us skills in lobbying and advocacy, which allows us to draw the attention of governments to discrimination and unfair work practices,” she says. “Migrant Nepalese workers, who often work in construction and domestic labour, often earn less than Bangladeshis," she says.

DTP Executive Director Patrick Earle says: “Through engagements with civil society, the private sector and government representatives in Canberra, Sydney and Melbourne, these advocates will expand their networks for longer-term support and forge stronger links between Australia and the region.”

As part of the anniversary, a special photo exhibition of DTP participants and their work is on display on the first floor of the UNSW Law building.

“For 25 years, Diplomacy Training Program alumni have been making a real difference in Australia and all around the Asia-Pacific region. Beyond the work represented at this exhibition, they have played roles in securing Timor-Leste’s independence, in the democratic transformation of Indonesia, and the release of (Myanmar’s opposition  leader) Aung San Suu Kyi,” says Earle.

Ramos-Horta also congratulated the program on its ongoing success: “In every society there are individuals who are committed to actively challenging injustice and promoting respect for human dignity, sometimes at great personal risk. I wanted to establish DTP as a practical way to help them … Enabling the sharing of experience, and building knowledge and skills are a practical contribution to these individuals and to building greater respect for human rights for all.”

The three-week program runs until 25 September.

A win for human rights

Indonesians fighting to abolish the death penalty need our support