The Turnbull government's proposed bill is cruel, punitive and may separate some families forever, write Ben Saul and Jane McAdam. 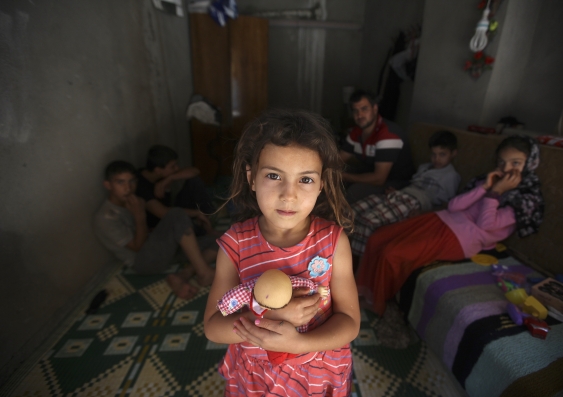 OPINION: The Turnbull government has proposed a bill to permanently ban refugees from Australia who sought to enter Australia without a visa from mid-2013. Critics have noted that the bill is harsh, excessive and would ban refugees happily resettled in other countries from ever visiting Australia even for business, tourism or to see friends or family.

The government claims that the bill is consistent with international law. We strongly disagree. The bill would illegally punish refugees for entering Australia by boat. It would also illegally deny refugees their right to reunite with close family members.

Article 31(1) of the Refugee Convention requires Australia not to "impose penalties, on account of … illegal entry" to Australia by refugees who have come "directly" from a place of persecution, as long as they "present themselves without delay to the authorities and show good cause for their illegal entry".

Based on the prevailing legal authorities, the bill's proposed lifetime ban would violate this provision. First, a "penalty" is not limited to criminal sanctions but includes any serious unfavourable treatment. The proposed ban on entering Australia is punitive in this sense, particularly given its severity – a permanent ban on entry, for any purpose, and irrespective of the personal circumstances of individual refugees.

Third, while the provision applies to refugees "coming directly" from persecution, this does not mean that refugees are only protected from punishment if they travel immediately to Australia from their home country. Rather, the protection still applies to refugees who transit through other countries on their way to Australia, where those other countries do not offer effective, safe legal and practical protection.

The reasons for this are obvious. Refugees cannot be expected to stay in a transit country which does not recognise refugee status or the Refugee Convention, and in which they are classed as "illegal" migrants and remain vulnerable to expulsion to persecution at any time. This includes, for example, transit countries such as Indonesia and Malaysia.

International law does not require refugees to remain in the first country they reach if it is not safe. Syria's neighbours are not required to shoulder the whole responsibility for all of Syria's refugees, just because of a geographic twist of fate.

As the British courts have confirmed, even a protracted delay in an unsafe transit country is permissible if the refugee was trying to obtain the means to travel onwards.

Fourth, situations like those above count as "good reasons", under Article 31, for "illegal" entry to Australia. Only where a refugee already has effective protection in another country would Article 31 allow penalties to be imposed. Protection in Australia would then be unnecessary.

Donald Trump was pilloried for proposing a temporary ban on Muslims and for building a wall against Mexicans. Malcolm Turnbull is proposing a permanent ban on refugees of any race, and is strengthening a naval and legal wall against refugees that Trump could only dream of.

The bill would also violate Australia's international human rights obligations to protect families and children. The world's governments have agreed that "the family is the natural and fundamental group unit of society and is entitled to protection by society and the state". The protection requires governments to allow close family members to live together.

Where refugees already have close family members in Australia, a permanent ban on other family members from coming to live with them would flagrantly violate international law. Australian law would ensure that families remain broken up, and that parents are separated from children. The bill's ban would not apply to children – but would exile their parents.

The bill to give a discretionary power to the Immigration Minister to exceptionally lift the ban in individual cases as he sees fit. This is woefully inadequate. Family reunion is a human right that must be legally enforceable, and not reliant on the grace of a politician. We know from bitter experience representing refugees that Australia has often ignored United Nations findings that Australia has violated family rights. Discretion is a recipe for arbitrariness and would be subordinate to the relentless political agenda to "deter" refugees.

This is a cruel, punitive bill that may separate some families forever. Donald Trump was pilloried for proposing a temporary ban on Muslims and for building a wall against Mexicans. Malcolm Turnbull is proposing a permanent ban on refugees of any race, and is strengthening a naval and legal wall against refugees that Trump could only dream of.

Ben Saul is Challis Chair of International Law at the University of Sydney and was counsel in 53 successful cases against Australia at the United Nations.

Jane McAdam is Scientia Professor of Law, Director of the Kaldor Centre for International Refugee Law, and head of the Grand Challenge on Refugees & Migrants at UNSW.