Prime Minister Malcolm Turnbull may come to regret his bold statement that Barnaby Joyce is "qualified to sit in the house and the High Court will so hold", writes George Williams. 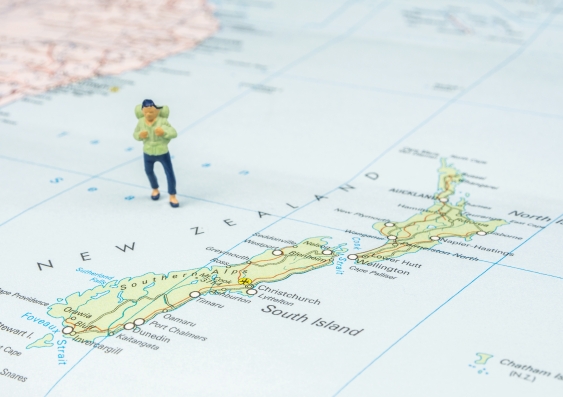 Deputy Prime Minister Barnaby Joyce has acknowledged he is a citizen of New Zealand. The apparent effect of section 44 [of the constitution] is that he cannot be a member of the federal Parliament, and was not validly elected. Photo: Shutterstock

OPINION: Prime Minister Malcolm Turnbull may come to regret his bold statement that Barnaby Joyce is "qualified to sit in the house and the High Court will so hold". For an accomplished lawyer normally so careful about such matters, Turnbull was insensitive to the role of the High Court as the independent and final arbiter of these matters.

The separation of powers in Australia depends upon leaders not prejudging the courts. Doing so is disrespectful to the judicial arm of government, and can get politicians into hot water under the laws of contempt. In this case, any suggestion that Turnbull may have crossed that line is removed by the fact that he said the words in Parliament. Ancient laws prevent anything said in Parliament from being called into question in a court.

Turnbull's comments are also unwise because it is far from clear that the High Court will decide in Joyce's favour. Section 44 of the constitution states that a person cannot sit as a senator or a member of the House of Representatives if they are "a subject or a citizen … of a foreign power".

Joyce has acknowledged that he is a citizen of New Zealand. The apparent effect of section 44 is that he cannot be a member of the federal Parliament, and was not validly elected at the 2016 federal election.

Attorney-General George Brandis has suggested that the government is confident Joyce will not be disqualified due to his "unawareness". I am not so convinced that this argument will win the day.

The government will seek to prevent this by arguing for qualifications and exemptions not found in the words of section 44. The High Court has taken this path before. In 1992, it found that a dual citizen can remain in Parliament if he or she has taken reasonable steps to divest themselves of their foreign nationality. This means that a person is not disqualified where another country refuses to let them renounce their foreign citizenship or imposes impossible or unreasonable barriers to this.

Joyce's legal team may say that the High Court should further qualify section 44 so that it does not apply where a person is a foreign citizen due to descent or where the person is unaware they are a foreign national. Attorney-General George Brandis has suggested that the government is confident Joyce will not be disqualified due to his "unawareness".

I am not so convinced that this argument will win the day. The normal rule is that ignorance of the law is no excuse. Joyce's situation is different from that of Matt Canavan, who may have had no reason to know that his mother had signed him up for Italian citizenship. But why should Joyce be excused when he knew his father was born in New Zealand, and a quick check of that nation's laws would have revealed he was also a citizen?

Joyce is in a like position to Greens senators Scott Ludlam and Larissa Waters, both of whom resigned once they discovered they were unwitting nationals of New Zealand and Canada respectively. At best, Joyce might argue his situation can be distinguished because his citizenship was attained by descent rather than birth in a foreign nation.

For Joyce to win his case, he will need the High Court to read section 44 in a way that departs from what the words of the section suggest. Where the court has done this, it has come under political attack. Ironically, the government will need to argue for the sort of creative approach that prior coalition leaders, such as former prime minister John Howard, have derided as judicial activism.

The High Court may find that its role is not to solve the eligibility problems of MPs and senators. Alternatively, the problem may be fixed by using section 128 of the constitution, which sets out how the words of section 44 can be changed. The amendment must be agreed to by Parliament and then by the people voting at a referendum.

Inquiries in the 1980s and 1990s recognised section 44 as being ill-suited for a nation with so many people, or their parents, born overseas. Successive governments ignored these findings, and so created the mess we see today. It is by no means clear that the High Court will remedy this through its interpretation of the constitution. A better course is for our leaders to finally take up the responsibility of proposing a replacement for section 44 by way of a referendum at the next election.

Message from the Chancellor and Vice-Chancellor on marriage equality