Opinion Martin Shkreli and the outrage of inequality

There are deep fissures in our understanding of regulatory issues that are revealed by the Shkreli episode, writes Usman W. Chohan. 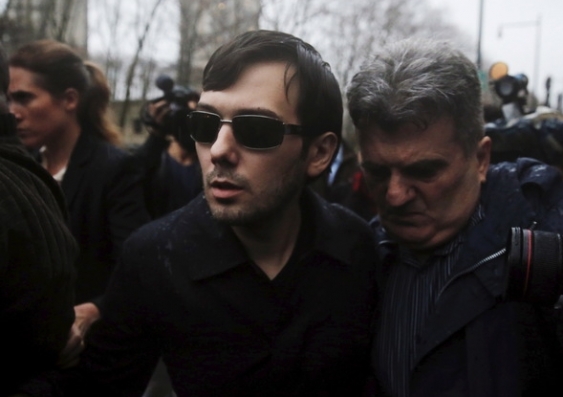 OPINION: Described as the “worst person of 2015” and reviled as “everything that is wrong with capitalism today”, Martin Shkreli elicited tremendous bouts of schadenfreude after his arrest last month on charges of securities fraud. So why should we continue to care about Martin Shkreli?

Although subsequently released on bail, his arrest raises questions about accountability, transparency, and the profit motives in the two sectors where he was involved: finance and pharmaceuticals. More importantly, there are deep fissures in our understanding of regulatory issues that are revealed by the Shkreli episode that warrant greater attention.

First, Shkreli’s actions exemplify the limitations of a singular devotion to the profit motive, and draw a troublesome distinction between what is legal and what is moral. Martin Shkreli came to notoriety after his company acquired Daraprim, a drug recognised as an essential medicine by the World Health Organization because it is important for AIDS and malarial patients (toxoplasmosis), and raised its price by 5500%, from US$13.50 to US$750.00.

Although setting prices in this fashion is not illegal, it was considered by many to be immoral, given the price of the drug may exclude suffering patients, and thereby exacerbate their agony and delay their recovery.

The legal-moral divide reflects a pervasive trend in the pharmaceutical industry that equates to “drug profiteering”. Driven by a singular profit motive, the price hike of Daraprim perpetuates misery for vulnerable groups. For example, infants born to mothers with high toxoplasmosis can manifest blindness and mental retardation as a result of non-treatment.

Second, what is interesting in the case of Shkreli is that, although drug profiteering may not have been criminal in a statutory sense, once he drew attention for this behaviour, other more sordid and legally incriminating details soon followed.

Yet his example shows that the usual impression hindsight confers, of fraudsters maintaining facades of rectitude, can be turned on its head. Shkreli has been a flamboyant and public figure, while other fraudsters in the annals of financial history often were not.

Third, the Shkreli episode raises an alarming point about amoral business practices, in that the pursuit of justice for malfeasance is the preserve of a select rung on the economic ladder. The Ponzi scheme that Shkreli is accused of impacted the rich, and they were able to have him taken to court, even though the Ponzi scheme did not put any lives at risk. By contrast, Shkreli’s drug price-gouging largely afflicted the poor, and put some people directly at risk of death, but the victims could do nothing except express indignation.

This speaks to a simmering debate in countries such as Australia and the United States about the adverse social impacts of inequality. This point cannot be taken lightly, for if “inequality” will be the defining issue of our time, as President Obama observed, then Shkreli’s actions of making essential medicines unaffordable for a broad swathe of the population, and privatising those gains, substantially worsen equality outcomes in society.

Fourth, his arrest speaks to the lack of accountability in certain economic sectors that lie largely beyond adequate regulatory oversight. As an example, Shkreli’s company, along with other pharmaceutical outfits, openly rejected demands from Congress for information to help in a Senate inquiry on extortionary drug prices. Employing such disregard for the democratic process feeds public perceptions of unmet justiceagainst a culture of impunity among corporate entities.

Insufficient accountability is coupled with an equally glaring lack of transparency: although pharmaceutical companies repeatedly harness the defence that their high prices are necessary for research and development; no major pharmaceutical company has ever been willing to disclose how much it spends on R&D.

Historically, hedge funds have remained under the radar from securities regulators. They have also drawn a strikingly similar argument to pharmaceuticals about the reasons for their privacy, in that their non-transparency provides advantages that translate into superior returns to shareholders. Such argumentation has led to disparaging descriptions such as “hedge fund terrorism”.

Shkreli is but one example (albeit a particularly flamboyant one) of shortcomings of accountability and transparency in the regulation of core economic sectors.

This comes not just as a monetary loss, but when it comes to essential drugs, at the cost of people’s very lives.

The Shkrelis of the world will only exercise better judgement and moral restraint when systematic overhauls of the regulatory oversight in finance and pharmaceuticals are undertaken. Until then, it provides solace to look at altruists of an earlier time, such as Jonas Salk, who forfeited more than US$7 billion by refusing to patent the polio vaccine and instead gave it away freely to mankind.

Usman W. Chohan is a doctoral candidate in economics at UNSW.

We should all beware a resurgent financial sector

Young, educated and underemployed: are we building a nation of PhD baristas?