Opinion Maverick to the end, Dyson Heydon's decision should surprise no one

In Australia, the slightest whiff of the political about a judicial decision is apt to set off a frenzy of indignation, writes Robert Woods. 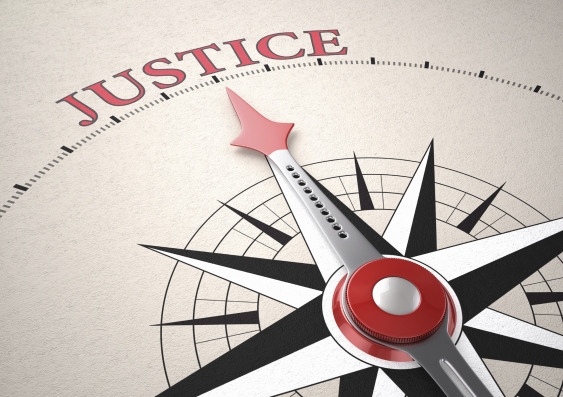 OPINION: On August 13, it emerged that Dyson Heydon had agreed to address a NSW Liberal Party fundraising event, which was to take place during his tenure as the Coalition-appointed head of the Royal Commission into Trade Union Governance and Corruption.

For a number of observers, not least among them the Opposition and the union movement, these revelations gave focus to broader charges of partisanship already being directed at the royal commission, and Heydon's appointment to it.

In his agreeing to speak at a party function, they argued, reasonable doubts had been raised as to Heydon's ability to conduct the inquiry impartially.

On Monday, Mr Heydon announced that he would continue in the role, arguing that "there is no rational basis for concluding … that a fair-minded observer might, acting reasonably, apprehend any predisposition against the Labor Party or the unions".

Is he right? On the one hand, the Sir Garfield Barwick address is hardly a Liberal Party stump speech. But a charge of apprehended bias is harder to dismiss than one of actual bias, and Heydon himself dismissing it is unlikely to subdue criticism that the whole affair has exposed the royal commission as a political exercise.

Of course, a 'political exercise' is precisely what the royal commission is, by definition. It is a creature of the executive, not a court, empowered to investigate within its terms of reference and make recommendations, but not to conclusively determine the legal rights of anyone called before it.

And since it isn't a court, neither is Mr Heydon subject to the strict requirements judicial independence. This is something that not even the Coalition government has seemed keen to point out – note the repeated references to the commissioner as 'Justice Heydon' – perhaps because to do so would defeat the purpose of appointing a former High Court justice to head the inquiry in the first place.

Instead, the government has played off this ambiguity around the commissioner's role, associating the inquiry with the prestige of the judiciary in the knowledge that it is not subject to the same formal constraints.

But in doing so, it has left Heydon open to charges of hypocrisy on the basis of the highly principled stance he has taken in the past on the issue of judicial independence, and linked the fate of the royal commission to deeper pathologies in Australian legal and political culture.

In 2013, Heydon caused what passes for a stir in legal-academic circles when he argued, in the Law Quarterly Review, that among the most prominent threats to judicial independence is the pull towards agreement within a court itself. "Compromise," he said, "is alien to the process of doing justice according to the law". Even in the absence of the stick, judges might be brought into line with the carrot: "charm, flattery, humour and elaborate but insincere displays of courtesy".

At the time, many read these comments as a thinly veiled rebuke of Heydon's colleagues on the High Court. His solution to the rising tide of collegiality was judicial individualism as a form of self-restraint. In his final year on the court, he abstained from joining in even a single judgment with another justice.

To put this into context, one has to understand that the High Court has always been on contested ground to the extent that it has played a public role in Australia's political system. As the final interpreter of the constitution, it is often called on to resolve disputes that have far-reaching political consequences. But it must do this against the backdrop of a legal and political culture that is deeply suspicious of any perceived attempts by the courts to impose particular political values.

The question is whether it is possible for a court to interpret a constitution without saying something about such values. Many would say it isn't. This puts the judiciary in a difficult position.

For much of our history, the solution has been for judges to double down on rhetoric that emphasises their independence from these kinds of considerations, regardless of whether such claims are true or even plausible.

In Australia, the slightest whiff of the political about a judicial decision is apt to set off a frenzy of indignation. Compare this to the US where it is relatively common for judges of the Supreme Court to publicly admit their ideological leanings.

It is this conservative legalism that Heydon exemplified during his time on the bench. It's no wonder then that critics of Heydon and of the royal commission have had plenty of ammunition to use over these last weeks.

As a political institution, the validity of the royal commission's findings will ultimately be determined according to political criteria. The question is what will last longer in the public consciousness: the findings, whatever they may be, or the aura of partisanship about the process itself. It is ironic then that in attempting to mitigate the latter, the Coalition government has only reinforced the link between the trade unions inquiry and certain deeply entrenched anxieties about the role of the judiciary in Australian public life.

Robert Woods is a doctoral candidate and lecturer at the UNSW Law School.