Opinion Meaningful tax reform? Only if everything is on the table

Tax reform being called for by the Business Council of Australia can only happen if politics and vested interests are put aside, writes Dale Boccabella. 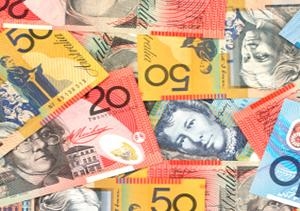 OPINION: There can be no dispute with last week’s call from the Business Council of Australia for meaningful tax reform. This is a larger issue than both the looming budget and September’s election.

However, it is harder to reach agreement on precisely what areas need reforming, and what that reform should be.

The reason for dispute comes back to two basic things; namely, what is a fair allocation of the tax burden and how should the tax system promote economic growth? It’s which of these goals should be the top priority that is at the centre of substantial tension.

If economic growth is the main criterion, most observers accept the continued presence of a number of inefficient and highly distortionary state and territory taxes is unacceptable.

The Henry Review was scathing of many of these. Stamp duties on real estate are the most damaging, mainly because of their magnitude. But removing these or reducing their current levels will prove very difficult because the revenue raised is badly needed by the states.

It needs to be remembered that the poor state of federal-state financial relations will continue to influence the states’ approach to their revenue raising. The fiasco around some states increasing their mining royalties in light of the credit mechanism under the mining tax, is a recent example.

Addressing this poor relationship is not just about getting a fair division of the GST revenue between the states. Finding a long-term solution also requires a fair way of sharing income tax between the states and the federal government. It should also be remembered that the parlous financial position of local councils is also a sub-theme of federal-state financial relations.

A relatively high corporate tax rate is also said to make Australia a less desirable place for foreign investment, thereby dampening economic growth. And relatively high personal tax rates are said to discourage work and effort, and in some cases, lead to a “brain drain”.

Fairness in the tax system is a major area of focus for many. The “tax mix” switch is probably the major point of dispute. The GST rate is set at 10%, and changing this requires rare political consensus across party lines.

By international standards, the GST rate is relatively low. This means that Australia’s main consumption tax has reduced capacity for revenue raising, which in turn means that the income tax has to shoulder more of the revenue raising burden. The tax base of the GST is also less than comprehensive, as basic food is excluded.

But many argue we need to keep income taxes down to promote overseas investment in Australia and provide incentives to work. Our corporate tax rate is much higher than that of many other countries in our region.

Increasing the GST rate and thereby allowing income taxes to fall would partly address this. At the same time though, increasing the rate of the GST compounds the unfairness of the flat consumption tax, and one can never be certain of the sustainability of compensation measures.

Within our income tax, there are a number of areas that can be seen as an affront to fairness. The main ones are largely open-ended tax concessions for superannuation; open-ended exemption for gains on the family home and the 50% discount for capital gains of individuals.

Also, I would argue you could include in this list the income splitting of property and business income that is readily available through the use of family discretionary trusts, and to a lesser extent through family partnerships and companies.

I welcome the BCA’s call to start with “everything on the table”. This is the only way to subject all tax measures to scrutiny so that tax preferences are justified. I am not so sure though that we need another “tax review process”; there is sufficient data available through the numerous tax reviews and other commissioned work to support a genuine and honest community debate and discussion about our tax system.

The obvious problem is that the “everything on the table” debate does not start with a clean tax slate (with the tax system being designed from scratch). Instead, we have had, and need, a functioning tax regime in place.

This means we all come to the debate “with baggage”, and in particular, aspirations for the continued preferential treatment of an area and/or removal of preferences in some areas.

The history of tax reform in Australia is that sectors do not readily come to an “everything on the table” debate, and in particular, giving up preferences previously won.

We do not have to look too hard for examples of this (such as the unwillingness of the mining and forestry sector to give up accelerated depreciation for a lower corporate tax rate, or the hysteria whenever tax on the family home – or death duties – are raised).

If organisations like the BCA really want an all-inclusive, open and honest debate about tax reform, their focus should really be on bringing divergent sectors to an “everything on the table” debate.

Part of this is thinking of a way or ways of taking the politics out of tax, or at least reducing the effect of political operatives on the debate. This may be asking too much.

But, taking the misinformation and some of the emotion that seems to necessarily go with taxes out, would increase the chances of an all-inclusive, open and informed debate on tax reform. This is necessary for a long-term sustainable and stable tax system.

Dale Boccabella is an Associate Professor in the School of Business Law and Taxation, UNSW.