The medevac law: how does it work?

The legislation allows for the transfer of sick asylum seekers from offshore detention to Australia on the recommendation of medical professionals. 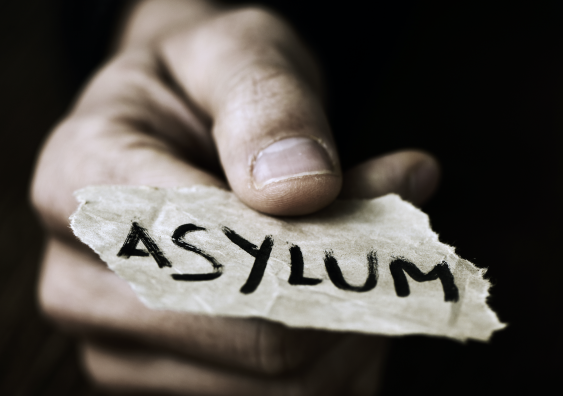 The medevac legislation was intended to streamline the process for sick asylum seekers and refugees getting the medical care they need in Australia. Here’s a summary of the provisions underpinning that process.

What does the legislation do?

The medevac legislation enables asylum seekers and refugees held under Australia’s offshore processing arrangements to be transferred to Australia for medical treatment or assessment if two doctors say they need it, unless the Minister refuses on character and/or national security grounds.

How does the medevac decision-making process work?

A transfer recommendation made by two doctors goes first to the Minister, to approve or refuse within 72 hours; the Minister may at this stage refuse the transfer due to character and/or security concerns, or on medical grounds (except in cases of minors).

If the Minister’s objection is medical, the decision goes to an eight-person medical panel, which has a further 72 hours to review the medical case. If the panel recommends transfer, the case goes back to the Minister, who can still refuse on character and/or security grounds. In the absence of any such grounds, however, the transfer must at this stage be permitted.

An independent Medical Evacuation Response Group (MERG) was established to oversee the triage of people in offshore processing countries who need medical treatment. The group is composed of a number of non-governmental organisations (NGOs), who work directly with medical professionals. It also includes caseworkers, counsellors and lawyers.

On 18 February 2019 media reports emerged that the government of Nauru had passed new laws in response, blocking overseas medical transfers unless the two doctors had examined a patient in person on Nauru; no telemedical diagnosis would be approved. Nauru, which receives payments from the Australian government for each person held there, has blocked medical transfers in the past.

Did people come from Manus or Nauru before?

Yes. There was a pre-existing process in the Migration Act that allows asylum seekers to be brought to Australia from offshore processing countries for temporary purposes, including medical treatment.

Some refugees and asylum seekers waited as long as five years for recommended medical treatment; severe health concerns for the refugees and asylum seekers held offshore have been well documented. The Queensland coroner found that delays, errors and systemic failures in offshore-processing medical arrangements led to the death of Hamid Kehazaei from infection on Manus.

Does the legislation let criminals into Australia?

The legislation allows the Minister to reject a transfer for someone with a substantial criminal record (this includes anyone sentenced to at least one year in prison), provided the Minister reasonably believes that the person would expose the Australian community to a serious risk of criminal conduct.

So while it has been suggested that ‘murderers’, ‘rapists’ and ‘paedophiles’ could be transferred to Australia, the legislation provides clear power to stop them where they would pose a risk to the community.

The legislation also allows the Minister to refuse a transfer on the grounds that the Minister reasonably suspects it would be prejudicial to security, whether or not the prospective transferee has a criminal record.

When is a transfer ‘prejudicial to security’?

The legislation picks up the definition of security in the Australian Security Intelligence Organisation Act 1979. A transfer will be prejudicial to security if it jeopardises the protection of the Australian community from serious threats. This could include espionage, sabotage, politically motivated violence, the promotion of communal violence, attacks on the defence system and foreign interference.

When the Minister is advised that a medical transfer has been recommended, ASIO will have 72 hours to advise the Minister that the transfer may be prejudicial to security in a way that cannot be mitigated.

Who has the final say on who can be transferred for treatment?

Under the new medevac process, the Minister can override medical decisions only on security grounds. When the Minister and doctors disagree about the medical basis for transfer, the final say on the medical concerns goes to a medical panel.

The Minister can still refuse the transfer, but only for reasons of character or security risk.

Does the legislation weaken Australia’s borders?

The medevac legislation applies only to those already on Nauru and Manus Island, or those who are born in regional processing countries. This means it excludes any new asylum seekers. It also does not provide a pathway to settlement in Australia for transferees, who face removal from Australia at the conclusion of their treatment.

This article is a summary of a medevac law factsheet produced by Lauren Martin and Dr Sangeetha Pillai from the Andrew & Renata Kaldor Centre for International Refugee Law.