The European Union stumbled badly in dealing with the banking crisis in Cyprus with consequences likely to reverberate through Europe for years to come, writes Professor Ross Buckley. 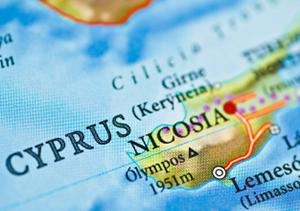 OPINION: The European Union’s finance ministers stumbled badly in dealing with the banking crisis in Cyprus. The Cypriot banks, especially the nation’s second largest bank, Bank Laiki, had incurred massive losses and needed to be rescued.

The traditional way of dealing with crises like this has been for national governments to pump massive amounts of taxpayers’ funds into the banking system to recapitalise it, as was done in Ireland in 2009 and in many other countries in the past. Such a massive interference in the market, financed by raising taxes and reducing public services, imposes great hardship on the population at large. It also utterly fails to discipline the banks for engaging in excessively risky lending by shielding them from the consequences of their decisions.

In Cyprus’s case, the approach taken by the EU finance ministers and the Cypriot government was certainly better, yet it too was deeply flawed. Bank Laiki was allowed to fail, with the European Union guaranteeing all deposits in accounts of up to €100,000. Deposits in excess of €100,000 were frozen and depositors will only get back the share of their funds left over after all the bank’s liabilities are met. In practice, this could mean that large depositors recover only 60 to 70 cents in the dollar. Accounts up to €100,000 will be transferred into the nation’s biggest bank, the Bank of Cyprus, which will also be recapitalised as part of the rescue.

This approaches has clear advantages. Taxpayers have not been saddled with as large a public debt as they would have taken on if the entire sector had been bailed out. Moral hazard – the risk that a full bailout would make bankers reckless in their future lending – has not been unduly encouraged.

Funds recovered from Bank Laiki accounts of over €100,000 will help finance the plan, as will a €10 billion loan from the European Union (which will have to be repaid in the long term by Cyprus). The European Union was willing to impose significant losses on large account holders in Cyprus because the majority of them are Russian, many of whom are using Cyprus as a tax haven or a place to hold money of questionable cleanliness.

The approach in Cyprus is directly analogous to the bailout of Greece. In that case, bondholders were “bailed-in” and forced to take a massive loss on the amount they could recover under their Greek bonds. Because Cypriot banks have typically funded themselves with large deposits rather than by issuing bonds, the only way to recoup funds on a similar scale was to target deposits.

But while the Cyprus bailout is better than the traditional approach, it is less effective than the less conventional remedy Iceland adopted when it was confronted with a large-scale banking crisis. There, the government imposed even bigger losses on investors in its bloated and poorly regulated financial sector and took even less debt onto the public balance sheet.

In Cyprus, Greece and Ireland, the money lent to risky clients has gone forever. The question was, who would bear the loss? Those who invested unwisely in banks, or the taxpayers of the country in which the banks were domiciled? My choice is the investors. They are the parties who should assess the creditworthiness of the institutions in which they place their money. When we don’t allow the market mechanism to do its work and allocate losses to investors, we encourage risky lending and risky investments.

In Cyprus, though, it is neither fair nor accurate to categorise all depositors as investors. The foreign depositors from Russia and elsewhere who chose Cypriot banks over a range of other investment options were certainly investors. They could have put their money into shares or bonds or banks in over a score of countries. They chose banks, and they chose banks in Cyprus. Local depositors were merely putting their money in their local bank. They didn’t have a great range of options and weren’t choosing to invest so much as putting their money somewhere they thought it was safe. A far better resolution of the Cyprus problem would have been to restrict the losses to foreign depositors of €100,000 or more.

For this reason, what actually was done in Cyprus should score perhaps a C-, with Iceland’s experience an A and Ireland’s an F.

But the real stupidity in Cyprus came during the week before the final plan was announced. The European Union’s initial proposal was to apply a tax of 9.9 per cent on deposits over €100,000 and 6.75 per cent on deposits below that amount. Not surprisingly, Cypriots were enraged by this grab for savings they had been assured were safe. ATMs were emptied by customers and the banks had to be closed to prevent a run. The Cypriot parliament refused to pass these measures into law and another solution had to be found.

The proposal to tax accounts below €100,000 flew in the face of the spirit, if not the letter, of the law that guarantees bank accounts in the European Union. Although the deposit guarantee doesn’t apply to taxes by governments – it is restricted to cases of bank insolvency – most people thought that any deposit up to €100,000 was safe. To propose taking 6.75 per cent of these funds not only set an appalling precedent, it also displayed a stunning failure to grasp the fact that trust lies at the heart of every banking system.

Banking is inherently unstable. Banks fund themselves with short-term assets, such as deposits, and deploy these in long term commitments, such as loans. The resulting mismatch means that few contemporary banks could withstand a run by depositors for more than a few days.

If there had never been a murmur about touching Cyprian depositors’ funds in accounts of up to €100,000, the next time the stability of Spain’s or Portugal’s financial system comes into question depositors would probably not run to withdraw their funds. If the losses had only been allowed to fall on foreign depositors of amounts over €100,000, the risk of a bank run would have been even further reduced.

But now the message has gone out that, notwithstanding the EU guarantee, depositors’ funds of less than €100,000 may not be completely safe. So the next time there is financial instability in these countries, a bank run is highly likely. By treating a tiny country on the periphery of the European Union in this way, finance ministers in Brussels have imperiled the financial systems of some of the European Union’s larger members. Their actions have exposed the fragility that lies at the core of all contemporary financial systems. What was talked about, but not done, in the week after Cyprus’s bank crisis erupted is likely to reverberate through Europe for years to come. •

This article was first published in Inside Story.