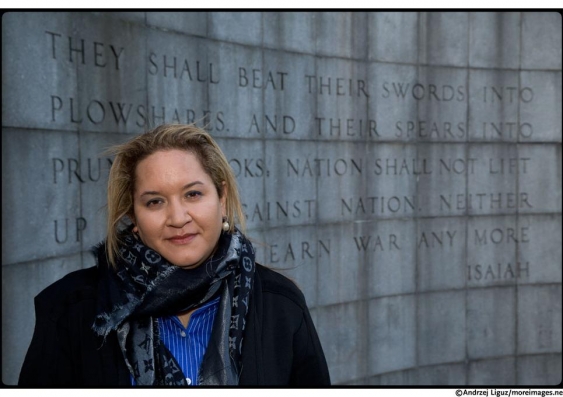 The constitutional recognition process is a “once in a lifetime opportunity” to have a conversation with the Australian public, says Professor Davis, who was this week named as one of 16 prominent Australians appointed to the national Referendum Council.

Appointed by Prime Minister Malcolm Turnbull, the Council will be co-chaired by Pat Dodson and Mark Leibler, and will advise the federal government about progress on, and next steps towards, a referendum to recognise Aboriginal and Torres Strait Islanders in the constitution.

Many Aboriginal people fear the changes will be symbolic and/or minimalist and while they may have some value, they won’t be durable enough to compel the real change that is needed on the ground, or to compel government to listen to Indigenous peoples.

Professor Davis, who is Chair of the UN’s permanent forum on Indigenous issues, says it is a privilege to be selected, describing it as a “continuation and recognition” of more than a decade’s work on Indigenous constitutional reform.

She was a member of the Government’s Expert Panel on constitutional recognition, which handed down its findings in 2012, and she has co-authored Everything You Need to Know About the Referendum to Recognise Indigenous Australians with UNSW Professor George Williams.

“We have a once-in-a-lifetime opportunity to have a deep conversation with the Australian people,” says Professor Davis of the recognition movement.

“This may be the beginning of a durable, mutually agreed philosophical framework that has escaped Australia to date, and that makes this process important.”

Though she is optimistic, Professor Davis says there are significant challenges ahead, including Indigenous ambivalence and a “growing resistance movement,” partly due to ambiguity about what recognition actually meant.

“Recognition as a legal and political concept lies on a spectrum, and the changes range from ‘weak’ acknowledgement – such as mention in a preamble – to ‘strong’ recognition, such as structural reform,” she says.

“Many Aboriginal people fear the changes will be symbolic and/or minimalist and while they may have some value, they won’t be durable enough to compel the real change that is needed on the ground, or to compel government to listen to Indigenous peoples.”

Symbolism would not improve education, employment, health or wellbeing for Indigenous Australians and could actually be detrimental if  “the basic grievances Indigenous people have about Australian democracy” are ignored again, she added.

Structural exclusion of Indigenous people from the design and implementation of policy meant Aboriginal and Torres Strait Islander Australians were in “no mood for gesture politics”, she says.

“They are excluded from making decisions about policy that impacts on their lives, and much funding for Indigenous affairs has been rerouted to corporates and not-for-profits.”

Because the recognition process – now entering its fifth year of formalities – has “drifted”, Professor Davis says a push for a treaty or agreement “to address the unresolved grievance of dispossession” is gaining momentum.

“I am, however, optimistic that communities will adopt a hopes and aspirations approach and take the opportunity to come together and share with the Australian people what they want as a peoples,” she said.

Conventions to discuss the recognition project within Indigenous communities were a critical first step to regroup and establish the hopes, priorities and aspirations of Aboriginal and Torres Strait Islander people, she says.

The government earlier this year agreed to fund a series of Indigenous conventions, overseen by the Referendum Council, aimed at delivering a consensus on the referendum question.