Australia needs migration to boost income growth, but with ongoing border restrictions due to COVID-19, the policy landscape may need drastic reform. 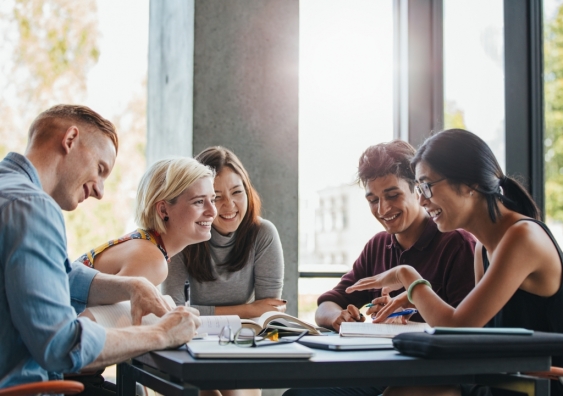 Australia relies very heavily on migration. A significant amount of Australia’s exports are people-based, such as tourism, education and business services – all of which have been heavily impacted by COVID-19, says UNSW Business School’s Scientia Professor of Economics John Piggott, Director of The ARC Centre of Excellence in Population Ageing Research (CEPAR).

Economic growth largely depends on how economies combine population, participation and productivity. If migration to Australia is shut down, which has been the case for a while, this could lead to a stagnant labour force, says Prof. Piggott.

Migration between the Asia-Pacific Economic Cooperation (APEC) countries greatly enhances productivity. In fact, a 2017 study found a lack of migrants over the next 35 years would see stagnating labour forces in Australia.

But for migration to work, Australia’s borders need to be open in a reasonably efficacious way – and not open in a way that requires two weeks of quarantine every time a border is crossed, Prof. Piggott says. “That’s going to take some time … until that happens, there's going to be a gloss on the economy that we're missing,” he says.

Australia is also an ageing economy, but “one way we stay as young as we do is we have a migration program which is targeted to skills and that tends to attract younger people,” Prof. Piggott explains.

Through education, Australia attracts skilled migrants. It is a targeted permanent migration policy around people who are talented and trained, Prof. Piggott says.

“And to an approximation, about half of the people who end up here as permanent migrants have come through the tertiary education system here first. So the international education that we offer has very long term benefits, for Australia, as well as for those we educate.”

In short, Australia needs migration because income growth is needed. Income growth is important because it gives the government capacity to redistribute resources to people who are less well off, and it's extremely difficult to do that without income growth, Prof. Piggott says.

CEPAR research student and Psychology PhD student at UNSW Sydney, Nicole Ee, also says that all decisions are not without cost, and balancing the trade-offs between our nation’s health, welfare, economic stability and civil rights is the impossible feat the government is currently responsible for.

“From a policy and regulation perspective, careful consideration should be given to key populations and inequitable outcomes that have and can arise from this national crisis,” Ms Ee says.

Prof. Piggott and Ms Ee are among a group of experts convened by the Group of Eight (Go8) universities taskforce ‘Roadmap to Recovery’, which developed an independent, evidence-based report Roadmap to Recovery A Report for the Nation with a set of actionable recommendations for the government on responding to the challenge of recovering from the pandemic shutdown.

Overall, the task force suggests a reasonable balance between maximising the safety of populations, the protection of the economy and the wellbeing of society. Specifically, it recommends that the adverse impact of border controls on trade, tourism, business services, education and immigration to Australia, and their impact on economic activity, needs to be considered and innovative solutions developed.

Unemployment in Australia hit a 19-year high in July, rising to 7.5 per cent, which meant more than 1 million Australians were unemployed for the first time on record. In August, Melbourne CBD moved into stage-four lockdown and many economists expected this would surely see unemployment rise, however, the latest figures from the Australian Bureau of Statistics (ABS) show the unemployment rate fell to 6.8 per cent in August – the second biggest monthly fall on record.

But we are not out of the woods just yet. Pre-empting emerging challenges will be equally important to Australia’s economic recovery and in the policy solutions that are created to address the challenges ahead. For example, Ms Ee says, pathways to employment for younger people and the casual workforce will be significantly affected in the coming months and beyond.

Many are already advocating for the current and emerging issues faced by groups disadvantaged by COVID-19, such as those at risk of family violence, older adults in the community and in residential aged care, people with disabilities or chronic illnesses, the homeless, socioeconomically disadvantaged or minority groups.

“Listening to these voices will play an important role in the development of effective and balanced responses, and reduce the likelihood of oversight,” says Ms Ee.

“Importantly, the nature and extent of disadvantage will continue to evolve during the recovery process, and the government must be attentive, responsive and flexible in their approaches to changing needs.”

But at the same time, everyone has a part to play in the nation’s recovery effort, and on an individual level, we can help one another by remaining socially connected with those around us, checking in on people who may be struggling or alone, offering pragmatic support in the ways we can, e.g. offering to get groceries for older neighbours, supporting active community service organisation through volunteering our time or donations or advocating for those in need.

“It started with sacrificing individual needs and desires for adherence to social distances measures in support of infection control and the public response has been encouraging [but] equally important is the maintenance of individual mental health and societal wellbeing for which both top-down policy implementation and bottom-up formal and informal community care approaches are necessary,” Ms Ee explains.

So managing our own mental health and wellbeing must also be a priority, which in turn will have impacts on productivity levels and physical health.

Over the next year or two, the government will be forced to introduce policy changes to help people, businesses and those struggling with unemployment, Prof. Piggott says. And there have already been signs of promising policy changes to come.

“Take the housing sector, for example. There has been discussion around replacing stamp duties with land tax,” Prof. Piggott says. “I think there'll be a lot more as we come out of this, like in all downturns or recessions, there is going to be a shakeout and that should be seen as an opportunity.”

As a lot of people struggle to find work or are forced to move for work, the government should make it as easy as possible for them to do so. “That mobility is incredibly restricted when you tax housing through a transactions tax. If you taxed housing just on its ongoing services, as you would with the land tax, then there is not that inhibition to trade,” Prof. Piggott explains.

And COVID-19 certainly presents a unique opportunity. “Increasingly, over the next two or three years as we see the reshaping of the economy – which I'm not suggesting will be dramatic but will be significant – people will want to move more and they should be not inhibited from doing so through a distortionary tax,” he says.

For the full article and podcast, please visit the BusinessThink website.