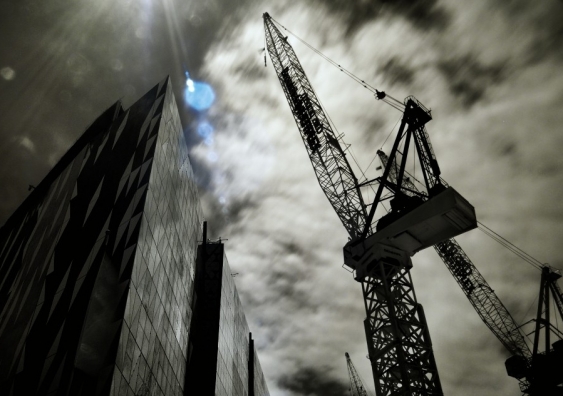 OPINION: A sluggish building climate in Australia, influenced by a slowdown in mining construction, is leading the biggest companies in the construction sector to trim costs, pursue smaller projects and divest in larger non-performing ones.

Building and construction represents an important part of the Australian economy directly accounting for approximately 8-12% of total economic activity. Of that activity, approximately half is accounted for by construction and half by building, which is split approximately two thirds residential and one third industrial.

Three companies in the ASX top 100, WorleyParsons, CIMIC (formerly known as Leighton Holdings), and Lendlease have construction services which extend internationally and serve to highlight those parts of the sector that are faring better than others.

WorleyParsons consults on engineering, procurement and construction, CIMIC undertakes engineering consulting and construction but is also active in mining. Finally, Lendlease has a higher exposure to residential construction relative to mining and resources. Despite the companies' similar arenas of operation, these three companies have fared very differently in the current climate.

WorleyParsons, with a focus on building services (that is, supporting companies in the construction industry rather than having major building programs itself), is sailing into strong headwinds and making pretty tough going of it, while some of the difficult groundwork already in place at CIMIC seems to be paying dividends, literally. Finally, Lendlease has benefited from some major residential construction projects to boost both revenue and earnings.

Threats to the construction sector

The high exposure of the construction industry to business and government demands means that it is particularly vulnerable. That is, it is highly exposed to economic cycles in sectors important to the Australian economy, particularly the mining sector.

The slowdown in mining construction resulting from China’s recent moderating growth rates has hit the industry hard. Australian raw material exports have been an important part of building the infrastructure to support economic growth in China and the construction industry has benefited immensely from building the infrastructure base to enable those exports. Economic signals from China have made investors more wary of commissioning new projects and expanding of existing ones.

Moreover, industry consultant, BIS Shrapnel, believes the “bust” in mining has a long way to run. This means that companies in the industry will have to rein in their expenses and pursue new business to ensure that the high fixed costs of equipment necessary for building and construction do not form a drag on the bottom line. The resultant competition leads to customers being able to force suppliers to cut their profit margin cuts, at the same time that many big projects are drying up.

The more fragmented, but much larger residential market is faring somewhat better, with a record number of new home approvals in 2015. Chronic under-supply is being somewhat alleviated by more residential blocks being released by State governments and demand has remained robust.

How the biggest companies are faring

Lendlease, a major player in both the residential and industrial markets, was able to more than offset lower earnings in infrastructure and construction this half year relative to last, by a more than doubling of its earnings from property development. Not only did this performance lead to a 12% increase in earnings for the company, it was also accompanied by a 15% increase in the work Lendlease has in the pipeline, suggesting an underlying strength of future earnings.

That, however, is cold comfort to WorleyParsons and CIMIC, watching from the adjacent industrial construction sector.

Despite WorleyParsons' size, it is still experiencing the second order effects of a wind down in mining. Long term, this has meant the company’s share price has fallen 93% in the past ten years. Short term, it has fallen 67% in 2015.

The management team at WorleyParsons has followed many of the recommended prescriptions associated with their predicament. It has worked on the cost structure. It has pursued smaller projects to utilise the company’s assets and maintain the bottom line and it has sought diversification, both geographically and by industry. For example, the firm recently won a contract with BAPCo, the Bahrain petroleum company, to extend and reconfigure its refinery.

However, though these initiatives have helped with revenue rising 140% in the past ten years, the end result has been the company is not making ground on the tsunami of red ink that’s pursuing companies in the industries in which it operates. Revenue has shown a pleasing and reasonably consistent upward trend, but earnings per share (on a reasonably stable capital base) have taken a nosedive from as high as A$1.50 to below 80 cents.

WorleyParsons' half-year results show the company was able to eke out a net profit after tax of A$23.1 million on revenues of A$4.2 billion. Management promised more of the right kind of medicine: reducing debtors, lowering overhead costs, divesting non-core and low performing assets, and searching for attractive growth opportunities.

On the other hand, CIMIC does appear to be making ground. It has long been a leading industrial construction company in Australia, with considerable overseas earnings. The company must be very pleased to leave the excitement of the bribery and corruption charges that dogged it in its last days as Leighton Holdings. Hiccups during the takeover of Leightons by Hochtief, when the latter pleaded guilty to insider trading charges, similarly added to the rocky road over which the company has travelled to get to the relative calm it is enjoying at the moment. It may be making less news than it did in the stormy days of erstwhile CEO, Wal King, but the (reasonably) new Spanish management team is quietly notching up wins.

Its full-year profit of A$520 million and revenues of A$16.2 billion were at the top end of the market’s expectations and obviously look a look a lot healthier that those of WorleyParsons. The need for scale in the building industry makes it prone to mergers and acquisitions, while the high level of risk associated with major projects, means that often non-performing assets have to be split off.

While CIMIC is involved in a scrappy takeover battle with Sedgman and the Gorgon jetty project dispute with Chevron, these distractions go with the turf in this industry.

CIMIC, like WorleyParsons, is also taking all of the right steps in terms of operational efficiency, asset balancing, and growth opportunity generation. Moreover, it is doing it from a stronger base and thus with more impressive results.

CIMIC seems to be riding the cyclical waves of the industry reasonably comfortably and enjoying some moderate success in doing do. That is as well since the macroeconomic trends of a China slowdown and an associated slowing industrial building climate in Australia is unlikely to give it a promising tail wind any time soon. On the other hand, WorleyParsons has yet to witness any benefit to it bottom line resulting from its efforts to trim its sails to the new industrial climate.

Meanwhile, Lendlease has managed to insulate itself from chilly infrastructure winds by boosting its selective engagement in the buoyant parts of the residential housing market.