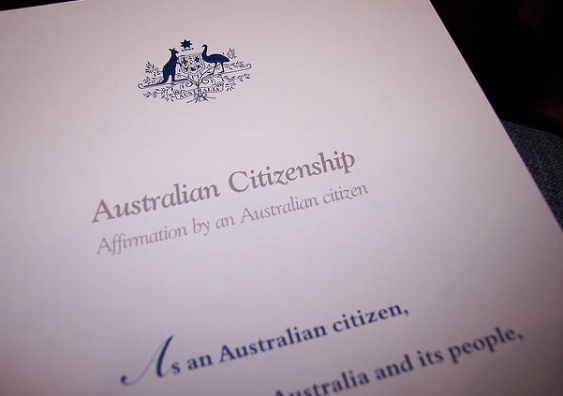 OPINION: The government has introduced legislation to reform Australia’s citizenship regime, under the guise of strengthening the integrity of citizenship. The bill, if passed in its current form, confers sweeping new powers on the immigration minister.

Access to Australian citizenship has always involved some executive discretion. But if the bill is passed, the minister will gain unprecedented control over the criteria governing citizenship acquisition, the time it takes for a person to gain citizenship after their application has been approved, and even the circumstances in which citizenship can be revoked.

The minister will also be able to override certain citizenship decisions made by the Administrative Appeals Tribunal (AAT).

The bill gives the minister a range of new powers that relate to various aspects of the citizenship acquisition process.

As the government’s discussion paper on the proposed changes indicated, the bill creates several new requirements for citizenship applicants. Aspiring citizens will be required to demonstrate “competent English”, and show they have “integrated into the Australian community”.

The bill gives the minister the power to create regulations determining what these requirements mean. It also allows the minister to determine an Australian Values Statement, which applicants will be required to sign and lodge with their citizenship application.

Where a person’s application for citizenship has been approved, the bill gives the minister a new power to cancel this approval, if he or she determines it should no longer be granted – for any reason.

While determining whether to exercise this cancellation power, the minister may block a person from acquiring citizenship for up to two years by barring them from making the mandatory citizenship pledge.

As foreshadowed, the bill also seeks to give the minister the power to override certain citizenship decisions made by the AAT.

The AAT is an independent administrative tribunal that reviews executive decisions on their merits. A person whose application for citizenship is rejected may apply to the AAT to have this decision reviewed.

The bill enables the minister to personally override AAT decisions in particular circumstances. This power applies where it has reviewed a departmental decision to refuse citizenship, provided a ground for refusal was that the applicant was not of good character, or that their identity could not be determined. The minister must also be satisfied that overriding the AAT is in the public interest.

Additionally, the bill removes the right for an applicant to appeal to the AAT where the minister decides to refuse them citizenship, and states that this is in the public interest.

The bill’s explanatory memorandum stresses that ministerial decisions to override the AAT can be reviewed by the courts. However, this is likely to be of limited utility. This is because courts typically regard the “public interest” as a matter for ministerial determination.

Current law allows the minister to override certain AAT visa decisions where this is in the national interest, and where the character of the visa holder is at issue. However, these existing override powers weaken – rather than strengthen – the case for the new powers the bill proposes.

To apply for citizenship, a person must have held a visa for several years. Throughout this time, the minister has extensive power to revoke that visa and remove the holder from Australia if they fail to meet character requirements.

Given this, the need for sweeping new powers is unclear.

One of the bill’s most insidious features is a proposal to allow the minister to revoke a person’s citizenship, provided they are satisfied the person obtained ministerial approval for citizenship as a result of fraud or misrepresentation. The minister must also be satisfied it would be contrary to the public interest for the person to remain an Australian citizen.

Current citizenship laws allow the minister to revoke citizenship where it is acquired by fraud. However, before this can be done, the person or a third party must be convicted by a court of migration fraud.

If the bill is passed, such a conviction will no longer be necessary. The minister will have the power to determine when fraud or misrepresentation has occurred.

The bill does not spell out the criteria that will be used to make such decisions. But, it does specify that misrepresentation includes “concealing material circumstances”. This absence of criteria creates uncertainty about how the minister will make decisions. It also decreases the prospect of meaningful judicial review.

In particular, it is not clear how the expanded revocation powers interact with the bill’s other provisions.

For example, take a situation where the minister believes a person who has been granted citizenship is not demonstrating the values or integration they were assessed for during the application process. Could the minister revoke citizenship on the basis that the person, when applying for citizenship, misrepresented their values or commitment to integration?

If so, this would create a dangerous back-door route to citizenship revocation for people whose conduct falls far short of the current thresholds that parliament has set.

It is not clear how these extensive ministerial powers strengthen the integrity of Australian citizenship.

Quite the contrary, creating broad executive powers with minimal review undermines the rule of law. This, ironically, is said to be one of the fundamental values underpinning Australian citizenship.