Opinion More MPs could be caught in disqualification trap

In striking out Bob Day's eligibility as a senator, the High Court has widened the grounds on which other members may be removed from Parliament, writes George Williams. 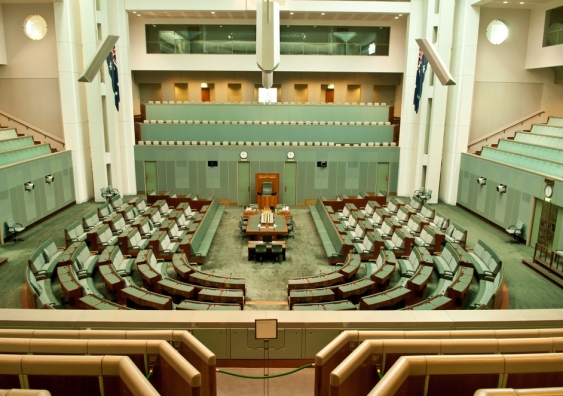 OPINION: You might think that disqualification season is over. The High Court has heard and decided the cases of Rodney Culleton and Bob Day, barring both from taking up their seats in the Senate. The court has also refused an attempt by the Labor Party to disqualify Day's replacement, South Australia's new Family First senator Lucy Gichuhi​.

But this is not likely to be the end of these matters. This is due to the recent decision of the High Court in the Day case. In striking out the Senator, it also greatly widened the grounds upon which other members may be removed from Parliament.

In 1975, Chief Justice Sir Garfield Barwick gave section 44(v) a very restricted operation. Just as his interpretation of tax laws enabled tax avoidance, his approach to section 44(v) created opportunities for parliamentarians to enter profitable relationships with the Commonwealth. In the years since, MPs and senators have taken advantage of this to their financial benefit, without losing their seat.

The Day case earlier this month turned Barwick's approach on its head. It rejected his narrow approach, instead emphasising the important, protective role played by the Constitution. The court emphasised the importance of section 44(v) in preventing parliamentarians from profiting from their position, and from being beholden to members of the public service due to seeking favourable deals from them.

The over-riding consideration is now to ensure that parliamentarians act in the public interest, and not for personal gain. The result is that our elected federal representatives cannot avoid disqualification by contracting with the Commonwealth via an intermediary or an entity such as a trust. Day was disqualified because he had an interest in a company that owned premises leased to the Commonwealth for his electorate office.

At the very least, the uncertainty produced by a viable High Court challenge could make it harder for the government to gain the momentum needed to emerge from its run of poor opinion polls.

The High Court's decision leaves a number of federal MPs rightly concerned. Many will no doubt have structured their business affairs and investments based upon Barwick's narrow reading of the section. They may find themselves caught by section 44(v) and so disqualified from Parliament. If they are, the effect is automatic and irreversible.

But will the major parties ask the High Court to apply the expanded reach of section 44(v) to opposing members? This could lead to a tit-for-tat battle, and the parties may decide to let the decision lie. If they do not act, others are unlikely to take up the case given the cost and difficulty involved.

In the current, highly partisan, political climate, this outcome would seem unlikely. The Turnbull government has a one-seat majority in the House of Representatives, meaning that the disqualification of lower house members could produce byelections and even the remote possibility of a change of government. At the very least, the uncertainty produced by a viable High Court challenge could make it harder for the government to gain the momentum needed to emerge from its run of poor opinion polls.

The Labor Party also has an obvious starting point. Assistant Health Minister David Gillespie, a Nationals MP who holds the NSW seat of Lyne, is in a tenuous position given the approach adopted by the High Court. It is for this reason that Labor has written to federal Attorney-General George Brandis demanding that Gillespie's affairs be examined. The result is not clear-cut.

Gillespie and his spouse are the sole shareholders in a company that owns a small shopping complex in Port Macquarie. One of the shops is leased to a person who runs an Australia Post outlet. Australia Post is a federal government body, and so it is arguable that Gillespie stands to profit from his relationship with the Commonwealth in breach of section 44(v). On the face of it, there are similarities between his position and that of Day.

It would be surprising if Labor does not pursue Gillespie. Even if Gillespie is not disqualified from Parliament, his arrangements present a conflict. In the midst of public debate about the role and future of Australia Post, including its presence in rural and regional areas, there are obvious problems with a federal minister profiting from an arrangement with the entity.

It remains to be seen how far the opposition will take their fight against Gillespie, and whether they will target other government members. The Day case has opened up an opportunity, and Gillespie and other members are vulnerable if their business affairs are not in line with the High Court decision. If these cases are pursued, the recent run of disqualifications may continue.