While codes of conduct in banking may help, the tsunami of financial regulation over the past few decades has swept aside much of the sense of personal accountability. 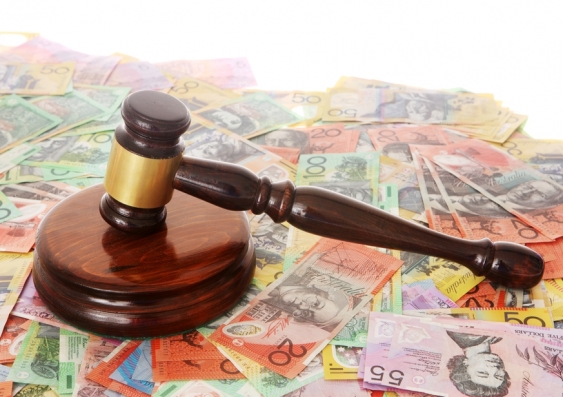 The Financial Services Royal Commission hearings are illustrating both the weaknesses of human nature and of the culture and structure of the financial sector – regulated and regulator. The response to this has been more regulation and codes of conduct.

But we should also be considering our own ethics.

The time-honoured approach to removing ethical temptations to greed is to prohibit conflicts of interest. This goes way back beyond 1896, when the argument was made in a famous court judgment that “human nature being what it is, there is danger … of the person holding a fiduciary position being swayed by interest rather than by duty”.

Both superannuation and corporate law assume that conflicts of interest will persist, and that simple disclosure is enough to manage the problem.

But simple disclosure hasn’t been enough. The royal commission has unearthed many examples of banks and financial services companies both making and selling financial products to their customers, with the latter frequently suffering in the aftermath.

We are already moving away from the payment of commissions for personal financial advice, in favour of fees. But we need to go further. Europe is leading the way as it now forces banks and brokers to explicitly charge for the investment research they produce. We need to remove all conflicts of interests.

There are other time-honoured approaches to overcoming the temptation to arrogance. The power of leaders needs to be limited.

One organisational principle is subsidiarity, which calls for devolving power to the lowest level where it can be effective. The steep hierarchies of organisations in English-speaking countries create huge jumps in power at higher levels.

Boards need to act on this problem, but regulation could help by ensuring that independent directors have independent power bases and are less beholden to CEOs. If the CEO invites someone to sit on the board, for instance, it is extraordinarily difficult for that person to turn around and tell the CEO: “You are paid too much.”

Many European countries give seats on their boards to union representatives. This may go some way to explaining why executive remuneration is not nearly as steep in those countries.

The new Banking Executive Accountability Regime links pay to performance, but fails to address excessive levels of remuneration in the financial sector.

Codes of ethics and less regulation

We cannot remove all temptations, so we also have to try to provide people with more ways to resist them. One of these is an appropriate code of conduct: actively subscribing to a code of conduct has been shown to make people more likely to behave virtuously.

The Bankers’ Oath should be encouraged; maybe even made compulsory like the proposed financial advisers’ code.

While codes of conduct may help, the tsunami of financial regulation over the past few decades has swept aside much of the sense of personal accountability.

We would surely be better off without the half-million words that make up the Superannuation Industry Supervision Act and Regulations and the 2001 financial sector changes to the Corporations Act.

The royal commission has produced a paper on the latter legislation that illustrates its complexity and goes some way to explain why it has been a failure.

Reducing complex regulation would also free regulators to focus on enforcement. It may be that punishments comfort victims as much as they create incentives not to offend, but both are important. Successful prosecutions are important, so we need to deal with the Australian Securities and Investments Commission’s failures to prosecute, and its cosiness with the businesses it regulates.

Reduce the temptations, strengthen the principles of conduct and punish offenders. All good, but not enough for a financial sector that plays its proper role in a flourishing democratic society.

The role of the financial sector is to implement payments, allocate capital and provide financial security. In doing so it can make money for itself. But if making money is all it can think about, it should continue to be subject to ongoing and stringent scrutiny.

As with all ethical questions, we need to end with ourselves. In whatever way we make our living, can we reinvigorate our resolve, and the institutions in which we serve, to build a flourishing society?

Vital Signs: For all its worth, the banking royal commission could hurt a generation of battlers