Why would the ACT Treasurer throw out a perfectly respectable source of revenue - stamp duty - and narrow the tax base? asks Jenny Stewart. 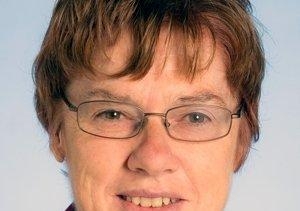 OPINION: Why throw out a perfectly respectable source of revenue - stamp duty - and thereby narrow your tax base?

As his recent budget demonstrated, ACT Treasurer Andrew Barr is an ambitious politician who intends to leave his mark on the territory's public finances.

Nothing wrong with that, except that the Treasurer's plan (eventually) to replace revenue from taxes on conveyancing (stamp duty) with revenue from rates suggests more reforming zeal than common sense.

Barr is an economist, and his plan certainly has an impressive economic pedigree. The Quinlan review of the ACT's tax system, which reported earlier this year, recommended the move away from stamp duty. In doing so, that review echoed one of the recommendations of an earlier, national-level inquiry headed by former federal Treasury head and all-purpose policy guru, Ken Henry. The economists are adamant: making people pay an (often substantial) amount of tax when they buy a house is less equitable and less efficient than taxing the land the house sits on, through general rates.

Now, if we were devising a tax system from scratch, this wisdom would be most worthy of implementation. But we are not devising a tax system from scratch. Over many years, stamp duty on conveyancing has been one of the territory's most significant sources of revenue, producing a steadily-increasing income stream to help pay for the services we all need and enjoy. The amount the tax will yield may be difficult to predict from year to year, but that is surely not an argument for doing away with it. Moreover, the ACT is, as we constantly hear, a financially-challenged entity.

The territory's land area is small and its economy lacks diversity. Why on earth would you deliberately jettison a perfectly respectable source of revenue and in so doing, narrow your tax base? The average rates bill in the ACT is already substantial, because land values are so high. The case for increasing the burden still further is dubious.

The ability to trade off stamp duty against general rates is unique to the ACT, as it is the only jurisdiction in the country that combines state-level and local government taxes. But this is surely not an argument for doing away altogether with one part of the trade-off - that is, transaction taxes.

The Treasurer may think that Canberra has stolen a march on Queanbeyan, precisely because NSW cannot restructure its taxes in the way the ACT is planning to do. If so, he may need to think again. In future, people moving to the Canberra region may choose Canberra over Queanbeyan because of the lower rates of stamp duty. But they may also observe that the difference will soon be overtaken by much higher general rates in the ACT.

The pattern of winners and losers is, in fact, quite complex. People moving house within Canberra will be pleased by the change. Those wishing to downsize will have an added incentive to do so, particularly if their existing residence lies in an area with high land values. All this fits in nicely with the government's overall plan to facilitate higher-density living.

On the other hand, many Canberrans on fixed incomes will be dismayed by the prospect of increased rates bills. Those in retirement may be forced to sell their homes earlier than they otherwise would. Nor will those on lower incomes necessarily be spared.

Under the new regime, three-quarters of Canberrans will be paying more in rates than at present. And that is just over the next five years. If the full transition is to be effected, everyone will eventually be paying more. The government has (or so it must think) squared all this with voters by spending up big on education and health. Public transport users will be paying extra, to help cover the increasing costs of running ACTION. But real-time passenger information is on the way. The Greens (I imagine) have no particular brief for people who move house a lot, but are cautiously in favour of the changes to the tax structure. Whether their supporters will share this view remains to be seen.

The more general context of the budget (not, of course, the ACT government's doing) makes one shake one's head at the Alice-in-Wonderland character of Australian federal finances. The ACT is borrowing heavily and delaying its return to surplus in order to counteract the local effects of current and anticipated cuts in federal spending.

So we have a relatively small, sub-national government (the ACT government), which should be paying much more attention to good house-keeping, attempting to compensate for the actions of a much bigger government that thinks of little else.

The federal government over-primed the pump in 2008-2010, when the ACT was awash with construction-related activity, and now it looks like going too far the other way. An incoming Abbott government is likely to be still harder on Canberra, unless we all learn the art of swing voting.

At the territory level, ACT Labor has given the Liberals a huge political opportunity. Zed and his team can argue that they will spend sensibly to help keep the territory's economy going, but that it is the height of fiscal irresponsibility for a government to wilfully deprive itself of income. As they have already begun to point out, with massive cost pressures in the pipeline, making rates higher than they need be will simply add to the burden on families.

The property industry is, understandably, concerned that higher rates of stamp duty will be levied, for the time being, on larger projects. But the real estate industry should not celebrate too soon. As the government tries to get its deficits under control, I suspect that there will be large amounts of fiddling with the remains of stamp duty. The revenue it generates is just too valuable to do without.

Louis XIV's finance minister, Jean-Baptiste Colbert, said that the art of taxation was to pluck the goose without causing it to hiss too much. Stamp duty has its critics, but (particularly with first home buyer concessions), I do not think the goose was hissing so very loudly.

The main problem is that the threshold levels (when different rates kick in) have not been adjusted for many years.

By paying attention to this issue, the Liberals can lessen the burden of stamp duty, without causing major rises in general rates.

Jenny Stewart is professor of public policy at UNSW Canberra.