Formalising consultation with Indigenous people through a constitutionally mandated advisory group is an innovative and meaningful solution to the recognition deadlock, legal experts say. 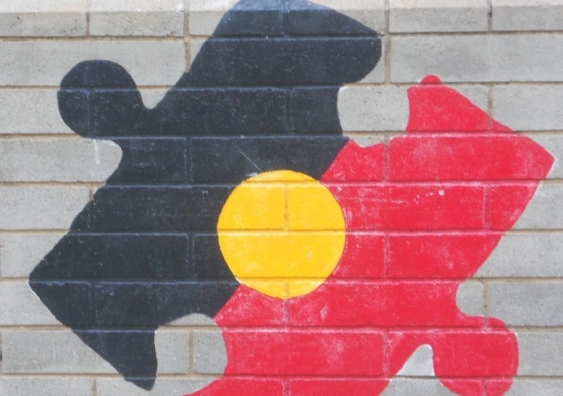 Formalising consultation with Indigenous people through a constitutionally mandated advisory group could be an innovative and meaningful solution to the recognition deadlock, reaching beyond symbolism to deliver real change, UNSW legal experts say.

An Indigenous advisory group empowered by the Constitution was among recommendations of the Expert Panel on constitutional recognition of Aboriginal and Torres Strait Islander peoples, handed down in 2012.

Writing in a special edition of the Indigenous Law Bulletin (ILB), funded by UNSW Law, Professor Cheryl Saunders from the University of Melbourne said the proposal could be an elegant solution in the recognition debate, the formalities for which are now dragging into their fifth year.

“In my view this is a helpful and constructive proposal,” writes Professor Saunders.

“It is vastly preferable to the watered-down, purely symbolic version of the Expert Panel’s proposals, if that proves to be the only alternative on offer.”

Professor Saunders said many parts of the world had already formalised consultation with Indigenous people and other minorities “not only to give effect to international obligations but, even more importantly, as an obvious way of providing good governance”.

UNSW Law’s Professor Megan Davis, a member of the Expert Panel and Chair of the UN’s permanent forum on Indigenous issues, said Australia was lagging the world on this front and described the advisory group as a substantive proposal that could improve decision-making for Indigenous people.

“Australia has resisted such structural accommodation of Indigenous peoples,” she writes.

“Procedural democracies like ours calibrate politics to… the middle and (Indigenous people) fall outside the spectrum of what Parliament, whose eyes are always attuned to the next election, is interested in.”

Professor Davis was one of four Aboriginal and Torres Strait Islander leaders who met with Prime Minister Tony Abbott last week to broker an end to the recognition impasse, asking him to agree to a series of Indigenous conferences aimed at delivering a consensus on the referendum question.

There is bipartisan support for a referendum on recognition of Indigenous Australians in the Constitution, slated for 2017.

In the breakthrough meeting with Professor Davis, Noel Pearson, Kirstie Parker and Patrick Dodson, the Prime Minister agreed to fund a program of Indigenous conferences as part of national consultations overseen by a Referendum Council in the coming year.

Dr Fergal Davis, from UNSW Law, said the establishment of an Indigenous advisory body within the constitution was a “genuinely innovative and exciting” proposal that would empower Indigenous Australians, so long as it was afforded appropriate clout.

“It will be important to ensure that there is a political cost associated with ignoring the advice of the body,” writes Dr Davis.

Also writing in the special issue of the ILB are Professor Anne Twomey; Ms Melissa Castan, Ms Nicole Watson and UNSW’s Gabrielle Appleby. UNSW Professor George Williams also wrote on the same topic in the May/June edition of the ILB. For more on the publication, go to the ILB.