In complaining about China's alleged special treatment by the World Trade Organization, US President Donald Trump and Australia's Scott Morrison are pointing to something that isn't really there. 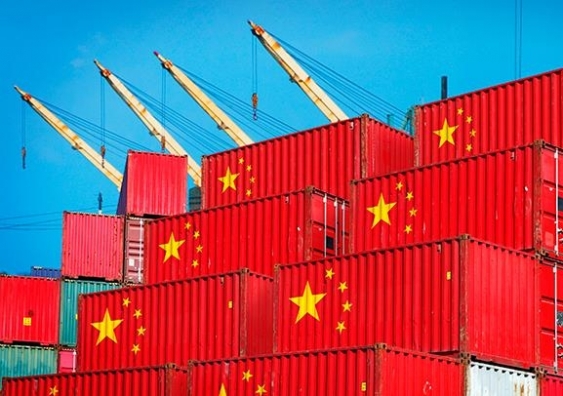 President Trump and Australia’s Prime Minister Scott Morrison insist it matters whether China is classified as “developed” or “developing” in the World Trade Organisation matters. It may not. Image from Shutterstock

Whether China is a “developing” or a “developed” country for the purposes of the World Trade Organisation matters a lot to the US president.

President Donald Trump ignited a new front in the US-China trade war in July by tweeting that the world’s richest nations were masquerading as developing countries to get special treatment.

They were “cheating”, according to Trump.

He directed the US Trade Representative to “use all available means to secure changes” at the WTO.

Then Australia joined in. While in the United States, Prime Minister Scott Morrison referred to China as a “newly developed economy”, and backed Trump, saying that “obviously, as nations progress and develop then the obligations and how the rules apply to them also shift”.

China is digging in. It hasn’t resiled from a statement by its commerce ministry spokesman Gao Feng in April:

China’s position on WTO reform has been very clear. China is the largest developing country in the world.

But what’s at stake? In practical terms, almost nothing. Trump and Morrison are demanding something that would give them little.

What does “developing” even mean?

In the WTO, developing countries are entitled to “special and differential treatment” set out in 155 rules.

However, none of those rules define what a “developing country” is.

Instead, each member is able to “self-designate”, subject to challenges from other members.

Being recognised as a developing country was one of the three key principles China insisted on when negotiating to join the WTO in 2001.

In response the WTO took what it called a “pragmatic approach,” meaning that China got hardly any of the special treatment that would normally be accorded to a developing country.

For example, under the Uruguay Round of tariff reductions that applied to developing countries already in the WTO, China would have only needed to cut its average industrial tariff from 42.7% to 31.4%. Instead, it agreed to cut it to 9.5%.

Similarly, it agreed to cut its agricultural tariff from 54% to 15.1%, instead of the 37.9% that would have been required had it already been in the WTO. These put its commitments on par with those of developed rather than developing countries.

On some issues, China’s commitments far exceeded those of even developed countries. For example, it agreed to eliminate all export subsidies on agricultural products, an obligation that developed countries were only able to accept 14 years later.

It also undertook to eliminate all export taxes, which are still allowed under WTO rules and still widely used by many governments.

Many of China’s WTO commitments were imposed only on it or modified the general rules to either impose heavier obligations on it or confer less rights on it.

Contrary to popular belief, China has received hardly any of the benefits that accrue to developing countries when it became a WTO Member, other than the ability to use the title “developing country”.

It’s more about identity than benefits

After its accession, China acted as a member of the developing country group and pushed hard for its interests. In 2003 it joined India and Brazil in pushing developed countries to reform their agricultural trade policies while retaining flexibility for developing countries, a push that has yet to achieve success.

At times it has actively forgone important benefits, such as by not invoking its right to receive technical assistance under WTO’s Trade Facilitation Agreement.

However, on some other issues, the sheer size of China has made it difficult to accommodate China’s claim for developing country treatment. One example is the negotiation on fisheries subsides, which would not be able to move without substantial commitments from China, which operates one of the largest subsidies in the world.

In its position paper on WTO Reform, China says it “will never agree to be deprived of its entitlement to special and differential treatment as a developing member”.

At the same time, it says it “is willing to take up commitments commensurate with its level of development and economic capability”.

It remains far less developed than traditionally developed countries. In purchasing power terms, its standard of living is about one-third that of the United States.

Although not practically important in terms of its obligations under the WTO, its developing country status is useful to it in other ways, giving it the opportunity to gain meaningful advantages in other international organisations such as the Universal Postal Union.

It costs the rest of the world little to accommodate China’s wish to be described as a developing country. If Trump and Morrison got what they wanted, they would find little had changed.