New book reveals modern slavery is all around us

Addressing Modern Slavery examines how consumers, business and government can help eradicate one of the big challenges of our time. 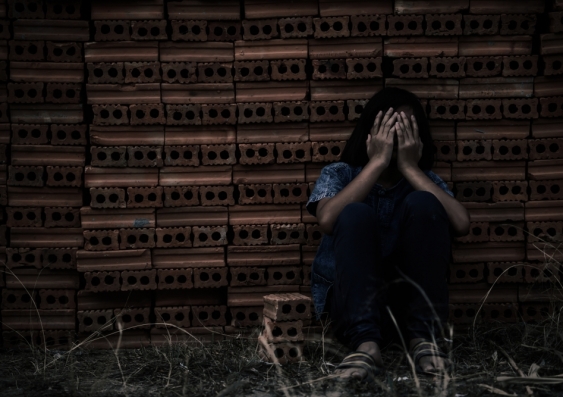 It’s estimated that 40.3 million people are enslaved around the world. Photo: Shutterstock

For many Australians, the concept of modern-day slavery may seem implausible. But it’s estimated that 40.3 million people are enslaved around the world, more than ever before in human history.

The Global Slavery Index estimates 15,000 people were living in modern slavery in Australia in 2018.

“Almost everything that you would use in a day is linked to modern slavery,” Associate Professor Justine Nolan from UNSW Law says.

“The coffee you have, the chocolate you eat, the fish you buy for dinner, the clothes you wear and the carpet in your house. All of these products are made in what we’d call high risk modern slavery areas.

“Many of us think about slavery as outdated and prohibited since 1700-1800,” Associate Professor Nolan says. “Nearly every country outlaws slavery, yet the numbers are actually increasing.”

What is modern slavery?

Although there is no one definition for modern slavery, it can include several exploitative practices such as forced labour, deceptive recruiting for labour, servitude, trafficking in persons, bonded or indebted labour, forced marriage, child slavery and organ trafficking.

In their new book Addressing Modern Slavery, authors Associate Professor Justine Nolan and Dr Martijn Boersma (UTS) explore this modern-day dilemma and examine how consumers, business and government - who all play a part in this problem – can help eradicate one of the big challenges of our time. 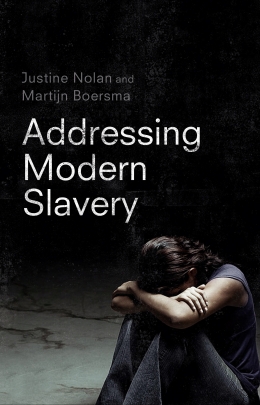 Addressing Modern Slavery will be launched at the UNSW Bookshop on Wednesday, 25 September 2019.

They say it’s crucial to realise that everyone has a slavery footprint, depending on your lifestyle, and what you own, wear and eat.

Associate Professor Justine Nolan says we often think of modern slavery as remote, but it is taking place in our own backyard. Visa restrictions and lack of rights leave some workers in Australia, particularly migrant workers and international students vulnerable to exploitation. Fear of retaliation by the employer or deportation by the government leaves victims without an alternative course of action. This has led to documented cases of modern slavery in the Australian agricultural, construction and meat processing industries.

The authors refer to well-known international examples such as women in electronics or apparel sweatshops, children in brick kilns or on cocoa farms and men trapped in bonded labour working on construction sites. They also provide an example of modern slavery in Australia from 2017, where a Sydney-based cleaning firm provided services to Bunnings, Wilson Parking and NSW Ambulance and was fined $AU370,000 for exploiting 49 cleaners. The firm was also ordered to backpay more than $AU220,000. Sadly, this is not an isolated case.

While people are becoming increasingly aware that modern slavery exists, it remains a phenomenon that is too often dismissed, underestimated or misunderstood.“Modern slavery seems like an abstract concept, but we must better educate ourselves, what it is, how it evolves, and importantly how our often, small decisions can affect the lives of many,” Associate Professor Nolan says.

Dr Boersma says he recently attended a business meeting and overheard the words, “We don’t have any modern slavery in our supply chain”.

Dr Boersma questions whether Australian businesses are aware of modern slavery and whether they understand what it looks like.

“The key to understanding modern slavery is that it occurs on a spectrum of exploitation,” he says.

“Poor working conditions including wage theft and excessive working hours often coincide with threats and coercion which can amount to modern slavery.”

He says migrant workers are more vulnerable to falling victim to modern slavery because they often have limited English skills and lack knowledge of labour rights.

“If they find themselves in a precarious situation – for example, because they breach visa conditions, it is often hard for them to speak out or complain, as they fear being sacked or even deported.”

Addressing Modern Slavery examines new laws that have been developed to address modern slavery in corporate supply chains in Australia and the United Kingdom. It finds modern slavery laws that currently exist around the world are more focused on requiring companies to report on their commitments to tackle these problems, rather than assessing actual performance and incorporating a solution to rectify the issue.

The authors also explore the growth of self-regulation in the corporate world and the rise of multi-stakeholder initiatives, which include companies, civil society organisations such as trade unions, non-government organisations and sometimes governments. Self-regulatory and multi-stakeholder initiatives typically occur in moments of crisis, when corporations are under pressure to respond to allegations of modern slavery. Although this form of governance can sometimes help address exploitation, the capacity of these initiatives to hold companies to account is often limited compared to enforcement by the state.

The authors caution there is no magic bullet to end modern slavery. “If we make the mistake of looking for a single cure and neglect to confront modern slavery on multiple fronts, we end up treating the symptoms of modern slavery rather than dealing with its root causes.”

Addressing Modern Slavery will be launched at the UNSW Bookshop on Wednesday, 25 September 2019.

The real economic victims of coronavirus are those we can't see