The Kaldor Centre's Claire Higgins has gone behind the scenes to take readers into key decision-making moments that shaped Australia's refugee policy. 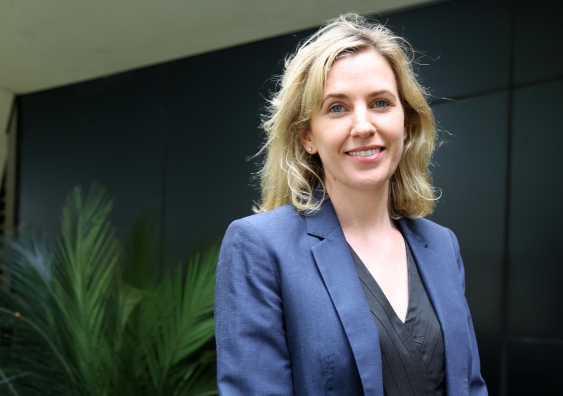 The ‘White Australia’ policy was not long gone when the first refugees from communist Vietnam sailed into Darwin Harbour, seeking asylum and inadvertently challenging the Fraser government to define a new national identity.

What followed is an astonishing story of necessity and invention, vividly told in the new book Asylum By Boat: Origins of Australia’s refugee policy (NewSouth). This behind-the-scenes account traces how Australia developed a world-renowned refugee response – under the intense pressure of unprecedented numbers of people arriving by sea – and how its original, principled positions were eroded by political exigencies, leading to today’s dramatically different approach to asylum seekers.

The late former prime minister Malcolm Fraser told Higgins his government's principled response was a matter of simply: "What else could you do?"

But it was a gripping political balancing act. With international media fixed on the geopolitics of Southeast Asia, attitudes in neighbouring countries hardening, and local unionists protesting, the Fraser government was offered many other choices. Asylum By Boat includes a haunting 1978 list of “possible options for dealing with unauthorised boat arrivals”, prepared by Immigration staff, that included:

The Fraser government rejected these and similar suggestions. Instead, as Dr Higgins shows, they shared with the Australian public personal stories of those seeking protection (‘a chemical engineer, an accountant, a bank clerk, typists and students’, according to one official media release) and details of their heroic survival (‘only 30 kilograms of rice’) on ‘harrowing’ sea journeys.

“We will not risk action against genuine refugees just to get a message across. That would be an utterly inhuman course of action,” the then Minister for Immigration, Michael MacKellar, and Minister for Foreign Affairs, Andrew Peacock, said publicly in 1977. And the message was heeded, with Immigration demanding procedures “consistent with Australia’s international obligations” and UNHCR noting “a high degree of compassion, interest and preparedness to help” the boat arrivals.