A proposal to tax carbon emitters, redistribute the funds to taxpayers and reduce emissions gets the thumbs up. 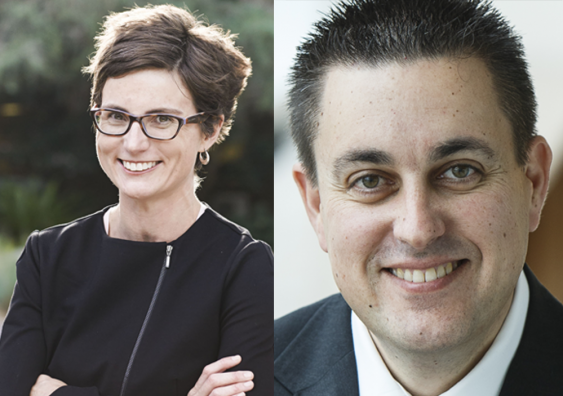 A majority of Australians support the introduction of a tax on companies that produce carbon to encourage a reduction in emissions.

And almost 85% of people believe Australia needs a clear policy that addresses carbon emissions and ensures energy supply is reliable and affordable.

These findings from a new UNSW Sydney community survey explore attitudes to an economically modelled policy proposal for a market-based approach to reducing emissions through a company emitter tax that is redistributed progressively to Australian households.

The proposed Australian Carbon Dividend Plan would tax carbon dioxide at $50 per metric ton (MT) at the source, such as a mine or well or port, with the revenue generated returned to every voting-age Australian at an estimated $1300 a year each.

While designed to use the tax to encourage companies to reduce their emissions, the plan shows any price rises would be more than offset to consumers with three-quarters of voting-age Australians to be financially better off. Those on the lowest incomes benefit the most.

UNSW Sydney Professors Rosalind Dixon and Richard Holden today release an update to their Australian Carbon Dividend Plan as well as the results of a community attitudes survey which finds that two of every three Australians believe climate change is the biggest challenge facing the world today.

“A carbon dividend is strongly supported by Australians which should be great news to our political leaders who could adopt this model to help our country address one of the greatest and most pressing moral challenges of our time: climate change,” Professor Holden said.

“Australia, like many other countries, is committed to the Paris Agreement goal of keeping the rise of the globe’s temperature below 2 degrees and to cut emissions by 26-28% by 2030, but to date no policy has used a market-based approach to reduce emissions while providing a practical and progressive means of compensating Australian households.”

The Australian Carbon Dividend Plan represents an economically and politically effective climate change policy and has the support of a majority of Australians aged over 18.

The survey also finds 63% of people say the government is not doing enough to lower carbon emissions to address climate change. 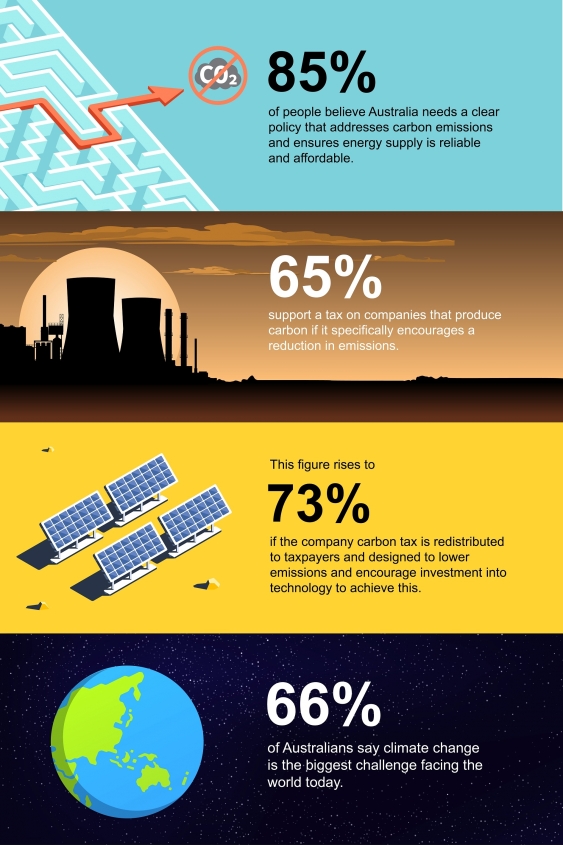 While support is just about even for both the Coalition’s and ALP’s currently known climate change policies, the support for a carbon tax and dividend model remains high but varies depending on how it is described.

When asked if they support a tax on companies that produce carbon specifically to encourage a reduction in emissions, 65% agree. That support rises to over 73% if it is explained the tax is redistributed to taxpayers and is designed to lower emissions and encourage investment into technology to achieve this.

But the support goes down to 52% when the proposition only mentions the redistribution to taxpayers and does not mention the environmental benefits and market changes.

“The case for our federal government to do more to reduce emissions is clear from these new survey results but now there is also strong community support for a new type of tax on companies that produce emissions if funds raised go back to taxpayers and the policy achieves reduced emissions,” Professor Holden said.

“This really is a win-win. It seems there is a widening gap politically about how to address emissions. While a type of carbon tax nearly became law in Australia under the then Prime Minister Gillard in 2011, it is clear the time is right to now introduce a progressive emissions tax and dividend model to help Australia take a leadership position on what most people in our survey say is the biggest challenge facing the world today.”

1. The community survey was of 1636 people nationally on 19 November 2019 by uCommunications Pty Ltd. Telephone numbers and the person within the household were selected at random. The results have been weighted by gender and age to reflect the population according to ABS figures.