The government's new Franchising Code of Conduct leaves many of the fundamental problems affecting franchisees unfixed, and is a lost opportunity for reform, writes Jenny Buchan. 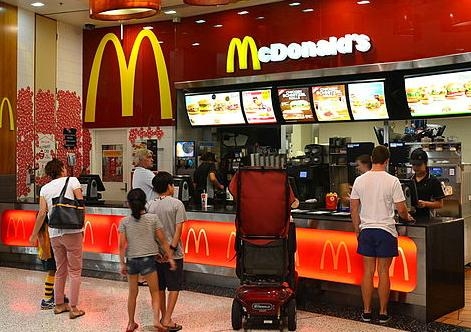 The government is moving to introduce a new Franchising Code of Conduct as part of wide ranging reforms to how franchising arrangements are regulated, claiming it will be fairer for small operators and cut red tape. Whether that will happen is far from certain.

The proposed changes will only apply to franchise agreements signed from the start of 2015. The biggest changes are the introduction of a specific duty of “good faith”, and the requirement for franchisors to give prospective franchisees an “information statement”.

These changes are accompanied by legislation that will give the regulator, the ACCC, the ability to impose financial penalties on franchisors that breach the code, whereas it wasn’t able to before.

But the changes would leave some of the fundamental problems affecting the relationship between franchisors and franchisees – namely knowledge and power imbalances – unfixed.

A question of imbalance

Knowledge and power imbalances are the Achilles heel of franchise relationships. A franchisor builds a business, creates a blueprint of it, and licences franchisees to replicate it using the blueprint. With power over the content of the agreements comes scope for abuse. Franchisees sign the agreements with little ability to negotiate changes.

The first Franchising Code of Conduct in 1998 attempted to bring balance to franchise relationships. It mandated pre-contract disclosure, specific rights such as a cooling off period for franchisees and established a dispute-resolution system based on mediation.

However, eight more franchising reviews have been conducted since the code was introduced, suggesting it has not achieved its objective of raising standards of conduct in franchising.

The current proposals have come out of the 2013 Wein Review. It made recommendations in eight broad areas: disclosure, franchisor failure, transparency of financial information, good faith, the end of a franchise agreement, dispute resolution, enforcement and “other matters”.

Most recommendations weathered the subsequent change of government.

The most significant change, Wein’s recommendation for a “good faith” clause, has been adopted. But a party to a franchise agreement does not have to act in good faith if this would get in the way of their legitimate commercial interests.

One size doesn’t fit all

This overlooks the fact that every franchise is structured differently. Even within the same network different franchisees can be exposed to different risks.

A prospective franchisee, attempting to conduct due diligence, will still meet numerous impediments. Neither a franchisor’s disclosure documents nor its franchise agreements are on a public data base. This means potential franchisees cannot compare the offering before them with what is usually offered for franchisees in the same network, or with the franchise agreements of comparable businesses.

This is even worse if a franchisor operates through a trust, because the franchisee cannot discover who is behind the trust. And because dispute resolution processes are confidential, it is difficult to identify problems in the network.

Franchising has changed since 1998. Franchisors used to establish a successful business before franchising it. Now, according to the Franchising Australia Survey 2012, a third of franchisors have operated their business for less than 12 months when they start selling franchises.

The franchisor may itself be a “$2” company. If it is not performing well it can be placed in administration and restructured by shedding franchisees. The code should require disclosure of a full organisation chart showing how the franchisor fits into the group.

Perhaps the worst of the overlooked opportunities for reform is that of franchise failure. The franchisor retains the right to terminate the franchise agreement if the franchisee enters administration, but no reciprocal right exists for the more vulnerable party – the franchisees.

The government has returned the complex challenges that franchisor failure presents to the “too hard” basket. This is a missed opportunity to alleviate the knowledge and power imbalances that make life for franchisees that much more difficult.

Jenny Buchan is an associate professor of business law at UNSW's Australian School of Business.

Federal mediator too far away from ACT action