With interest rates rising and house prices dropping in some cities, are potential first-home buyers getting closer to making that purchase? 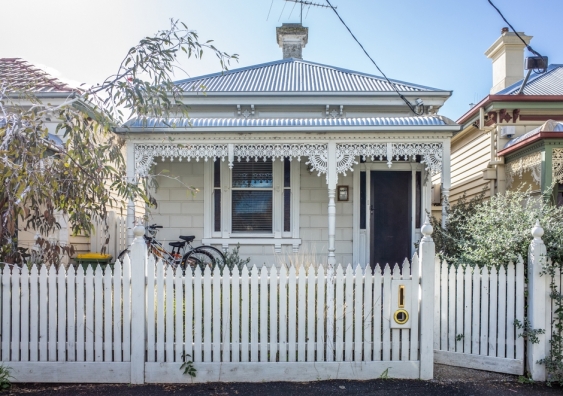 With prices starting to take a downturn, is now a good time to think about buying a house? Photo: Shutterstock

It has been a while since the sentence “property prices have fallen in Sydney” has been spoken but last week that was exactly what data from CoreLogic announced.

According to the analytics provider, both Sydney and Melbourne have seen a dip in the company’s daily home value index. And while Perth, Adelaide, Darwin, and Brisbane appear to be unimpacted so far, some economists are tipping that it could signal price drops in capital cities and other areas of the country.

Other indicators that the market could be set for lower house prices include the announcement by the Reserve Bank of Australia (RBA) that it was once again raising its cash rate target, this time to 0.85 per cent. This follows the Reserve's announcement in early May that the rate would raise from the record low 0.1 to 0.35 per cent as a way of managing the inflation being experienced in the Australian economy.

“The interest rate – that is the cash rate - went up by 0.5 of a percent,” explains UNSW Business School’s Professor Peter Swan. “It’s a sizable increase that was, I think in part because they were far too low last time. It signals a return to more sensible interest rates and greater normality in the markets.”

Lenders are now tightening their lending standards for home loans, with NAB announcing that buyers can no longer borrow more than eight times their annual income (reduced from nine times), and ANZ cutting back to 7.5 times.

Along with the Commonwealth Bank and Westpac, ANZ and NAB have also opted to pass on the Reserve Bank's 0.5 per cent interest rate rise to borrowers via a home loan rate rise.

None of this points to good news for those with a home loan, particularly if they have purchased in the last two years when prices on the property market soared.

But what does this mean for first home buyers looking to get in on real estate? Could there be a sweet spot for them to make their move? Or are there safer investments they could be making?

Why have house prices gone down in the Sydney property market?

Professor Swan: Considering property price growth where house prices have gone up nearly 30 per cent in the last two years, the price reductions we’ve seen so far are really quite mild – something I believe is largely because of the ludicrously low-interest-rate policies pursued by the RBA in this time, and the massive injection of cash and stimulus into the economy of towards a trillion dollars as the government borrowed to the hilt over the period of its COVID pandemic panic and with the debt of the states climbing to half a trillion.

Also, what tends to happen in a recession is that fewer properties come onto the market, and this ameliorates price falls. We also saw that very few properties were left on the market after the price hikes a year or so ago, and it is only recently that houses have come back onto the market. This may also have contributed to the slight fall in house prices recorded so far. 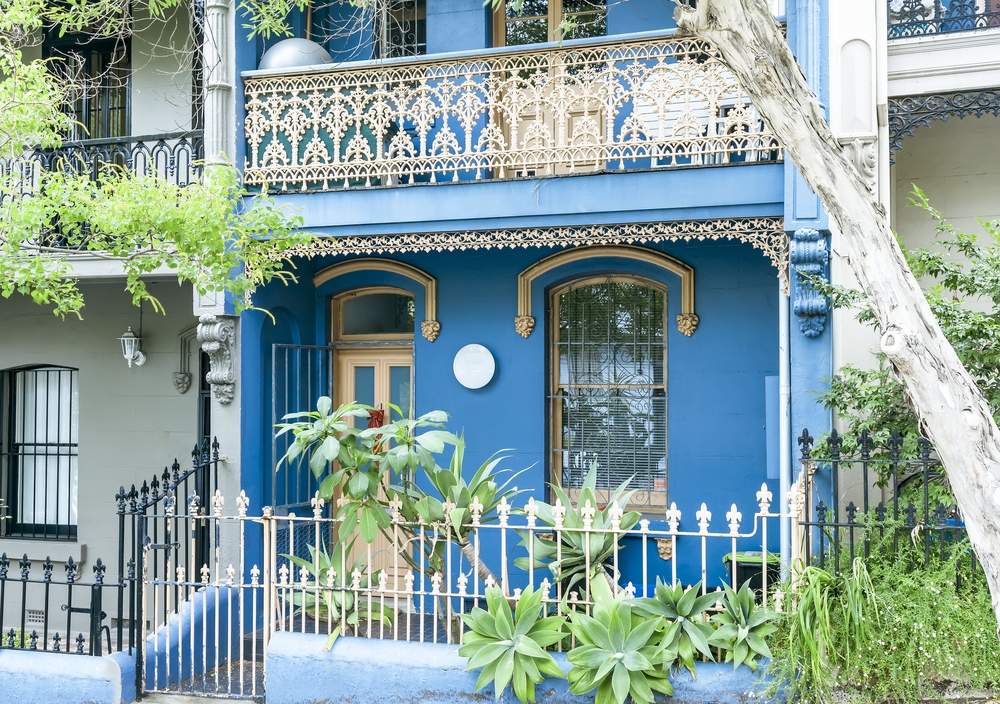 Sydney is one of the Australian cities where house prices have experienced a downturn. Photo: Shutterstock

All of this led to the sizeable increase in house prices, which are far too high. There is no real justification for the 30 per cent rise other than buyers working from home seeking more attractive places to live, especially along the coast. Australia now has some of the highest prices in the world relative to incomes.

See also: Is using super to buy a house a good idea?

Will house prices go down much more?

Professor Swan: I suspect the prices will not fall that much, although some people have speculated sizable reductions 20 to 25 per cent. But vacancy rates are at an all-time low of around 1 per cent. It’s extremely hard for people to get rental housing, and land restrictions have meant there has not been a massive increase in housing supply. So, I do not think we are going to see truly sizable falls in the next year or two.

But interest rates have a long way to go up. The RBA thinks that the inflation rate is going to come down from around 6 per cent to only 2 to 3 per cent in the next year or so. This is wishful thinking.

It is a continuation of their heads-in-the-sand mentality that worldwide inflation is temporary and simply due to COVID supply constraints and other temporary factors. It does not seem to consider the fact that the Federal Reserve (the central banking system in the US) has been even worse than the RBA in terms of encouraging inflation and bringing interest rates down while being terribly slow to increase them. The stimulus has gone on – not just in Australia, but globally.

Combined with factors such as the reduction in the supply of fossil fuels with [US President Joe] Biden banning a major pipeline and placing more controls on producers, the Russia-Ukraine war, and massive forthcoming electricity price hikes, inflation and affordability are going to get a lot worse. And what the RBA has indicated through its most recent 0.5 per cent increase is that in the future they are going to act with more realistic increases, far faster than people expected.

Is now a good time to buy a house?

Professor Swan: Generally speaking, it is not a suitable time to rush into buying a house right now. Millions of mortgage holders are going to be financially constrained in very tight conditions in the next year or two, so, hold off.

But if you have saved a lot during COVID, accumulated sizeable financial reserves, and feel confident, we may see some modest price reductions in the next few months as interest rates climb. This could improve the housing position for you to make the purchase.

Is there a sweet spot when it comes to timing a first-time house purchase?

Professor Swan: That's extremely hard to predict. Some first-time homebuyers may want to take advantage of some of these offers coming from the new Albanese government. For example, their ‘Help to Buy’ shared equity scheme, where the government is a co-owner of your property.

But I think if you are really at the margin, you are better off staying in rental accommodation. There is no point pushing tens of thousands of people into marginal positions in housing such that they face potential bankruptcy once interest rates continue to climb with house prices falling further once you have purchased. So, I would hang off.

What could improve the housing market for first-time homeowners?

Professor Swan: Far too few people are in the housing market, currently, and it would be good to see more people there. State governments need to make a lot more land available to people because simply creating schemes to subsidise new homeowners is just going to push up prices further. 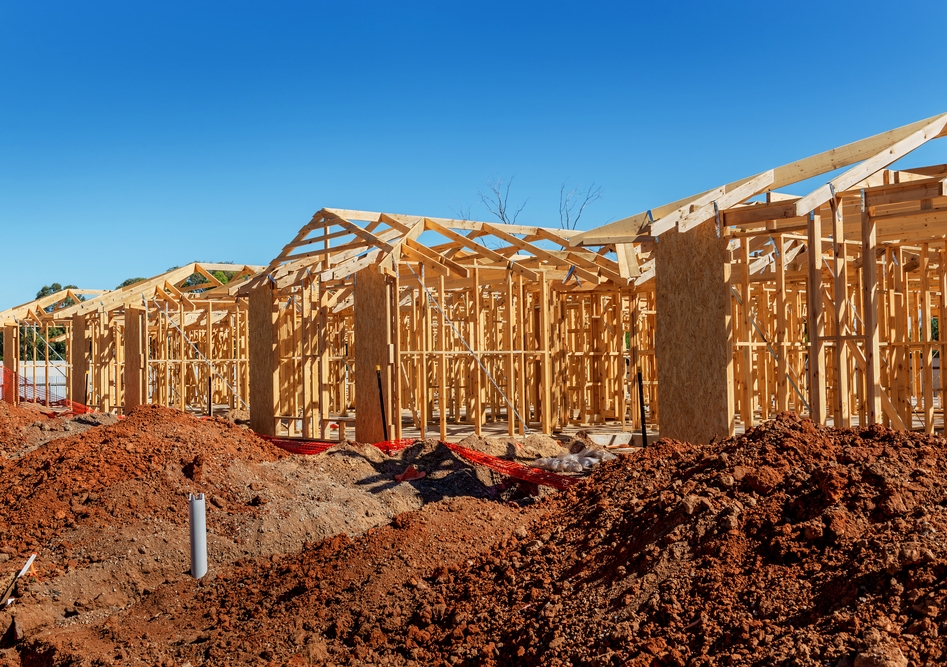 What we need is a sizeable increase in the supply, or we are going to see this drought in terms of high housing prices persisting for an exceedingly long time.

The 2007 GFC began as the US housing market took a downturn and large numbers of borrowers missed loan repayments. Could we expect an imminent bursting of the housing bubble in the same way in Australia?

Professor Swan: There are very few mortgage defaults in Australia. Banks are very disinclined to allow them, even though there may be a lot of people at the margin in certain areas. Even at the time of the GFC, we saw very few defaults, though house prices came down quite considerably. So, that is not where we will see the bursting of the housing bubble.

But what we are going to see is a correction to those massive price increases in areas where they have gone up more than the market can support. In areas where people are well of, like Sydney’s eastern suburbs, property values are going to be much of the same as properties are withdrawn from the market. And the places along the coast that people escaped to during the COVID pandemic, those types of 'good locations’ are also going to remain in demand.

If the housing bubble burst, would this make it easier for first-home buyers to make a purchase?

Professor Swan: It is a bit of a pipe dream because if we have a sufficient downturn to smash the already remarkably high housing prices, it is going to be part of a crash in the economy as well as house prices. People would be much more fearful for their jobs.

In a recession (which is quite possible currently), you should not be looking to make your first house purchase.

See also: The minimum wage shouldn't be tied to inflation. Here's why

Are there safer investments potential first home buyers could make instead?

Professor Swan: Many people have certainly done well out of housing investments. But it is important to remember that there is no way that owners can collectively sell, despite having made very considerable capital gains on their property or properties, as they will need to purchase elsewhere.

There are going to be radical changes around the world, stemming from the war in Ukraine and elsewhere. And this is going to open a lot of profitable opportunities for investment outside of property investment. But with the interest rate rise impacting the stock markets, you must be incredibly careful in terms of the kinds of investments that you are making.

Interestingly, rising interest rates are going to make it a lot easier for retirees or those looking for a stable return on investment, particularly once interest levels are back around reasonable levels of 3 or 4 per cent and so long as inflation is also contained.

This is because they can invest in Australian Government Bonds (AGBs), considered the safest type of bonds, and get the sort of reasonable returns that they have been denied by the actions of reserve banks around the world during the period of the ‘great panic’ caused by the pandemic.

What impact would a downturn have on these other investments?

Professor Swan: While a downturn or recession is not a good thing, it can mean a shake-up in the stock markets that can make a contrarian investment strategy advantageous.

Those looking to invest can buy in when prices are low and make higher returns later. That means taking the risk of buying when other people are selling as part of a ‘contrarian strategy,’ which is often what pays off in asset markets. Basically, do not do what everyone else is doing. This means when everyone is rushing out to buy, this is when you sell, and vice versa.

My research has seen me follow the daily trades of over a million people in Finland over decades. The non-professional, ‘mum and dad’ investors generally outperform professional investors. They are investing modest amounts in a small number of stocks and being very contrarian in their strategy.