Back in 2008, Australia got lucky. We are unlikely to get lucky again when the seemingly unending economic growth finally ends. 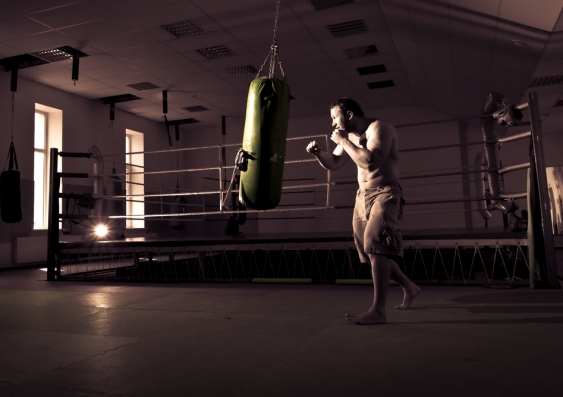 Australia needs to be ready for a fight when the next recession hits. Image from Shutterstock

This is part of a major series called Advancing Australia, in which leading academics examine the key issues facing Australia in the lead-up to the 2019 federal election and beyond. Read the other pieces in the series here.

Sooner or later policymakers will need to respond to a downturn that could come from any number of sources. A severe downturn in our main trading partner, China, a collapse of the local property market, global financial turmoil, or an unfortunate confluence of multiple factors are all possible triggers.

The real question is not whether or even when a recession will come, but how well positioned we will be to respond.

And, unfortunately, the answer right now is “not very”.

To understand what will be required to battle the next Australian recession it’s useful to distinguish between two broad types of economic trouble.

The first is what one might call a “run-of-the-mill business cycle downturn”. Think Australia, 1990. In this scenario interest rates are raised to ward off inflation but eventually choke off business investment and private spending. Unemployment rises and GDP falls.

The second type of trouble is different, what might be called “mass financial panic”.

Think the United States in 2008. In this scenario an event (such as massive mortgage defaults) causes financial institutions to fail. If those financial institutions are connected to others then the entire financial system seizes up because everyone stops lending money to each other at once. It’s like a car going from 100km/h to 5km/h in half a second. It hurts.

The Keynesian response is completely insufficient in these circumstances. What’s needed is to get credit moving again.

And this requires people not only believing that they should lend money, but also believing that others will lend money, keeping the economy afloat and making the exercise worthwhile. Coordinating what economists refer to as “higher-order beliefs” requires overwhelming financial force. It’s a kind of Powell doctrine in which the US went in with far more troops than it needed after Iraq’s invasion of Kuwait in the early 1990s in order to overwhelm the enemy.

It was the thinking behind then US Treasury Under Secretary Larry Summers’ US$50 billion rescue package to head off the Mexican peso crisis in 1994, and what then US Federal Reserve Chairman Ben Bernanke and US Treasury Secretary Hank Paulson did to avoid a repeat of the Great Depression in 2008.

The Reserve Bank is less than prepared

How well is Australia prepared to respond quickly in either of these scenarios?

Scenario 1 requires the Reserve Bank to cut interest rates and the government to spend money fast. With interest rates already at an historically low 1.50% – and perhaps lower by the time trouble arises – there’s little room left to cut further.

Unorthodox measures might be necessary, like so-called “quantitative easing”. This involves large purchases of long-term bonds to flood markets with money. While there is now experience from the US and Europe about how to do this, in Australia the Reserve Bank would be breaking new ground. Getting into such a program is not simple, and getting out might be very complicated.

But of course jacking up interest rates now to give the bank room to cut later isn’t a solution. That could trigger a recession itself. The bank has to grapple with how to respond to even a standard recession in the new age of permanently low real interest rates.

We’ve money to spend, but not the means

The government’s fiscal response requires having the capacity to run large budget deficits, which means being able to borrow. Australia’s capacity to borrow is currently good, with net debt as a proportion of gross domestic product at around 19.2%.

This is low by both international and historical standards. A former chair of President Obama’s Council of Economic Advisers, Christina Romer, and one of the world’s leading macroeconomists, David Romer, have persuasively documented how vital such “fiscal capacity” is. Australia gets an A on that count.

But a cash splash needs to be spent, and fast. That means having “shovel-ready projects” lined up ahead of a recession hitting. Sending cheques to households is easy, but is often used to pay down debt or offset other expenditures rather than on spending.

We need to prepare ahead

A proposal being pursued by the New Economic Equality Initiative at the University of NSW is to prepare in advance of a recession a “green stimulus” plan. It would be a list of significant environmental expenditures — from tree planting to waterway cleanups, to cycle-path construction to dune repair — that would be documented and ready to implement immediately.

These would be projects that would stimulate demand but also have a high social return. To do them right would take planning ahead of time. It can’t be done well on the fly when a recession has already hit. Otherwise, well, think pink batts.

Preparing for a financial crisis as opposed to a mere recession is harder. Having the budget capacity to provide massive guarantees of bank deposits and other financial obligations is a must.

Last time, we got lucky

Equally important, though, is having regulatory agencies that can see trouble ahead and act swiftly. The Reserve Bank did an outstanding job a decade ago, but next time it won’t have then Treasury Secretary Ken Henry on the board and Kevin Rudd in the prime minister’s chair.

The Australian Securities and Investments Commission has shown itself to be functionally incompetent over an extended period, as the Hayne Royal Commission highlighted all too clearly. Capacity-building is a prerequisite for an effective response to a future crisis.

Regulators need to understand the interconnectedness of different financial institutions, the types of risk they are exposed to, where their funding is coming from and more. To some extent they need to know what they don’t know. It’s a big ask, but it is vital.

In many ways Australia got lucky in 2008. The Reserve Bank had a lot of room to slash interest rates and did it aggressively. The government had close to zero net debt and could spend fast. Ken Henry’s aphorism, “go early, go hard, go households” was heeded by an unusually intellectually curious and adept prime minister. China – our biggest trading partner – enacted an aggressive stimulus plan of its own.

The US Federal Reserve Chair just happened to be the world’s leading expert on the 1929 Great Depression, and the US Treasury Secretary was the former head of Goldman Sachs, an eminence of the banking world. Our response at home was matched by a near-perfect response abroad.

We won’t be that lucky again. Now is the time to plan how to fight the next recession.