Opinion Numbers game is anything but straightforward as politics takes over

We are suckers for numbers. But they don't always tell the whole story, writes Jenny Stewart. 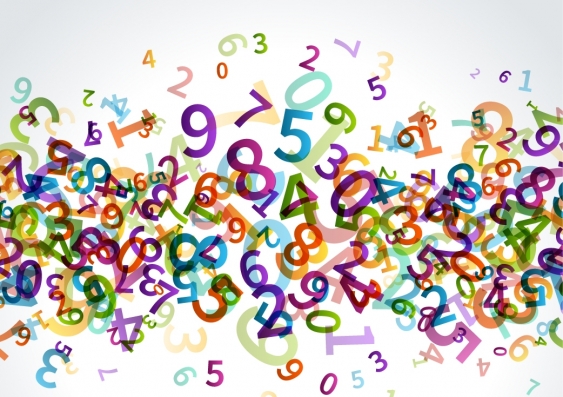 OPINION: It's often said that in order to manage something, you need to be able to measure it. When it comes to making public policy, though, even measurement is rarely straightforward. Far from being clean, crisp and unambiguous, the numbers become political. Take climate change, for example.

Like most people, I am inclined to think there is something going on in relation to climate. For a species that uses as much energy as we do, with nowhere for its byproducts to go other than the atmosphere, our activities must be making a difference. It's easy to forget we only narrowly averted a catastrophic hole in the ozone layer, thanks to our abundant use of chloroflurocarbons.

As with the ozone hole, the basic mechanism of climate change is well understood. When we add CO2 to the atmosphere, the sun's heat is trapped, causing temperatures to rise. But by how much? There is so much else going on with the climate that it is difficult to sort out the human contribution with any degree of exactitude. In turn, this means that it's even more difficult to be sure what the most effective response should be.

Unfortunately, even this degree of doubt antagonises those who "believe" in climate change. "The science is settled," they say. Well, actually, the science is not settled. It simply cannot be with a problem of this kind, because we are dealing with complex systems whose behaviour we don't understand very well. Most scientists would agree but are reluctant to say so publicly, fearing that admitting uncertainty will make it even more difficult to attract attention to the underlying problem.

In trying to simplify the story, however, scientists may be playing into the hands of those who, for reasons of ideology or maybe just convenience, would rather we ignored the whole thing. How much massaging of the temperature data, for example, should we countenance?

In "homogenising" its historical temperature data, Australia's Bureau of Meteorology appears to be trying to make the facts fit the theory, rather than acknowledging that measuring temperature, like measuring anything, is not a straightforward task and leaving the data, imperfect as it may be, alone. Even with contemporary readings, the Bureau's computer programs seem to be scrutinising low temperatures with more zeal than higher ones. Denying Goulburn its recent minus 10.4 degrees is a case in point. The reading was smoothed upwards to minus 10, then erased and only reinstated after the Bureau was "outed" by a member of the public. Give Goulburn its due. If you get to that temperature, you don't want it taken away from you.

In public policy, the numbers are rarely left to speak for themselves, because the nervous system of the body politic is such a strange phenomenon. It is super-sensitive to anything that smacks of terrorism, for example, while remaining largely indifferent to much greater threats, such as antibiotic resistance and road deaths.

Over time, our sensibilities have become so coarse, that bigger and bigger numbers are used to try to reach us.

Unless you can attract media attention, it is hard work getting any issue onto the policy agenda. Take obesity, for example. It seems pretty clear that the population has been getting fatter. Most of us eat too much, and exercise too little. But is there an "epidemic" of obesity? When we are told that more than 60% of Australian adults have a weight problem, the figure is produced by adding the proportion of people who are overweight (that is, having a body mass index of between 25 and 30) to those who are obese (with a body mass index of more than 30). The idea of the body mass index is that it approximates adiposity (how much fat we are carrying). But it is a crude measure, because what is considered "healthy" does not fully allow for differences in age, gender and ethnicity. And it is acknowledged to be particularly misleading when applied to children.

But if someone put out a press release saying that 25% of the adult population has a big weight problem, such an assessment would be unlikely to gain much traction. With so many worrying things happening around us, we are constantly on edge anyway. Unless we are thoroughly alarmed, it seems impossible to attract our attention at all.

Over time, our sensibilities have become so coarse, that bigger and bigger numbers are used to try to reach us. Just the other day, I learned that lost sleep is costing the economy $66 billion per year – roughly $20 billion in lost productivity, and the rest in reduced well-being. It's true that many of us don't sleep well and those with sleep apnoea have a serious condition. But in this case, the numbers are so large, our minds just glaze over.

Using numbers to hold people accountable is, in principle, a very good idea. It's just that there is no known performance measurement regime that is not subject to manipulation. The Aged Care Quality Agency may tell us that a certain home met all 44 accreditation standards for patient care. But as the nursing homes know in advance that the inspectors are coming, it would take a superhuman effort not to brush things up a little on the day. Indeed, the worse the home, the more incentive it will have to do this. Even when there is no cheating, the measured result does not guarantee what will happen in any given instance. Yet we are suckers for numbers. We choose a school with a higher set of NAPLAN scores thinking that it will mean better results for our offspring, only to discover that our offspring have entirely different needs. We are told the average waiting time for a particular procedure is five days, and are dismayed when we get flicked to the bottom of the list.

So bad are we with numbers that there is currently a fashion in policy making circles for behavioural economics. This is the field of economics which gives full weight to the irrationality in human decision making. Some have argued that, rather than being pushed or pulled by a policy (which tends to get our backs up), we can be "nudged" in the right direction.

I wonder, though, how much scope there is for "nudging" when the real experts in behavioural economics are the advertisers and finance managers who make the wheels of capitalism spin. When it comes to waste, for example, we are our own worst enemies. We go for the cheapest, rather than the product that will last longer, because most of us don't understand whole of life costing.

Not surprisingly, manufacturers take advantage of this preference, by using cheaper components where they can. When the device fails, repair costs are likely to be astronomical. So, we dump the item. CD players are a good example (and yes, I know that they have been overtaken by downloadables and streamables, but I happen to like my CDs, which have a lot more information about what is being played, and by whom).

Control boards are another example. They gradually "cook" over time, because it would add to the cost of the product to spend money cooling them. When the board fails, we replace it with a new one, while the old one goes off to be "recycled".

And this is where the numbers game gets really interesting. The more junk we produce per capita, the more we need to assuage our guilt by putting our faith in processes, such as "re-use, repair, recycle" that (the available data suggests) are not actually happening to anything like the extent that is required. Consistent re-cycling alone requires more thought, patience, storage and information than as a society we can readily summon. We need more than a nudge to move us on from wishful thinking.