Opinion By the numbers: How the US is Australia's indispensable trading partner

The value of the US-Australia economic relationship is not necessarily obvious, write Richard Holden, Simon Jackman and Jared Mondschein. 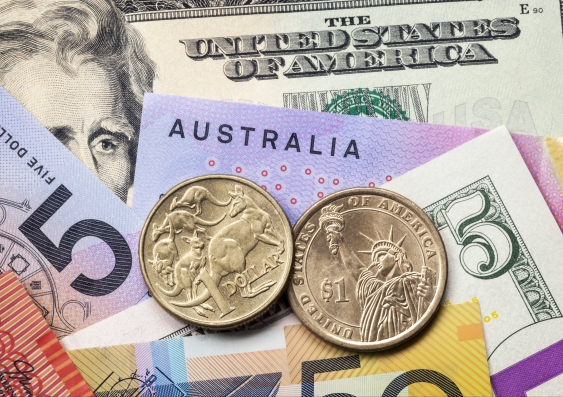 OPINION: When Prime Minister Turnbull meets with President Trump in New York on Friday morning AEST, the two men will undoubtedly speak of the many bonds linking the US and Australia. They will make important, if familiar, statements about our security alliance, shared cultural values, and the length of our friendship, particularly given that the meeting will occur on the USS Intrepid on the 75th anniversary of the Battle of the Coral Sea.

Trump will also likely go out of his way to smooth over lingering tensions resulting from his infamous "phone call" with Turnbull by speaking on the resolute and steadfast nature of his support for Australia.

As important as all those issues are, the two leaders should also dwell on something that most Australians take for granted: the massive Australian-US economic relationship that has shaped Australia in more ways than many realise.

The importance and value of the US-Australia economic relationship is not necessarily obvious. Most Australians view China as our most important economic partner. To be sure, annual trade with China amounted to nearly $150 billion in 2015, over twice the amount of trade with the US ($70 billion). There also is no doubt that China's thirst for our country's natural resources helped Australia successfully avoid the worst of the global financial crisis.

Yet Foreign Minister Julie Bishop is spot on when she repeatedly refers to the US as "Australia's most important economic partner". Trade is only one component of a broader economic picture. Cumulatively, two-way investment between the US and Australia totals $1.45 trillion, dwarfing Australia's other bilateral economic relationships.

Deep economic relationships between liberal, market-based societies like Australia and the United States are not merely about trade flows. Secure property rights and procedural fairness – backed by the rule of law and democratic political institutions in both countries – mean that Australia's economic relationship with the US spans access to capital, technological diffusion, and knowledge transfers. In each of these domains, the United States is Australia's most valuable partner.

What does it mean to invest in Australia?

But what about the form and impact of these investments?

The bricks and mortar of US investment

Given its more enduring nature, FDI is often seen as being the most valuable form of foreign investment. Having been the largest single foreign direct investor into Australia for many years, the US now accounts for nearly a quarter of all inbound FDI, totalling $173.5 billion. From aerospace to agriculture, US direct investment in Australia takes place in practically every sector of the country's economy.

A well-known example of this sort of US investment is Boeing, the world's largest aerospace company. Boeing has made Australia its largest base outside of the US, having invested about $1 billion in its Australian operations over the 90 years it has been in the country. With more than 3000 employees across 27 locations throughout Australia, Boeing is engaged in a wide variety of sectors, from the manufacturing of complex airplane components to supply-chain management and defence platform support. The multiplier effects of such investments are enormous: In 2015 alone, Boeing spent about $400 million at more than 1000 Australian suppliers.

Even smaller US companies, such as yoghurt maker Chobani, are proving valuable for Australia's economy. Established in Australia in 2011, Chobani invested over $30 million and hired 200 staff in securing its first manufacturing facility outside of the US, located in Dandenong. Having already added 3000 square metres of wet processing and cool room facilities to its existing operations, it is now exporting products sourced from Victorian dairy farmers to markets throughout Asia.

Australia's thirst for US capital

While the stock and bond transactions that make up foreign portfolio investment are not perceived to have the "bricks and mortar" nation-building effect of FDI, their unique importance to Australia should not be underestimated.

Australia's big four banks – the four largest companies on the ASX and crucial liquidity providers for the real economy – are profoundly dependent on access to US capital markets. Australian banks have a foreign funding ratio of 24 per cent, with 11.8 per cent of capital being foreign short term and "rolled over" on a regular basis. The one quarter of the big four's funding coming from offshore sources is largely sourced from the US and is more than triple the amount that comes from shareholders.

Australians' home mortgages, our bridges, tunnels, dams, and roads depend on access to US capital and markets. US financial markets – and access to them – drive liquidity in Australia's economy.

While trade is ultimately an exchange of money for goods or services, foreign investment – particularly direct investment – often goes beyond a simple transaction. Although both trade and investment involve the transferring of funds, it is investment that habitually includes transfers of business strategies, technologies and resources.

The diversity of US investments in Australia across essentially all sectors of the economy – ranging from energy production and manufacturing to financial services and IT – has been integral to Australia's national development, often through the diffusion of US innovation and knowledge transfers. While it is not easy to determine just how much a host country benefits from foreign investment – economists continue to debate various measurements – there is no doubt that investment goes beyond simple infusions of money and has spillover effects.

Kimberly-Clark, the world's largest tissue manufacturer with more than 1300 employees across Australia, is but one example of this. Through a collaboration with the government's Commonwealth Scientific and Industrial Research Organisation and family-owned manufacturing company Textor Technologies, the Australian arm of Kimberly-Clark made a more absorbent nappy. The technology was later rolled out into Kimberly-Clark products across Australia, the US, and Europe. Collaborative innovations such as this, sustained by the more than $450 million that Kimberly-Clark has invested in Australia since 2002, have made this US firm integral to Australia's economy.

Broader picture of the relationship

This substantial economic relationship ultimately results not only in more jobs for Australians but also higher quality jobs. The most recent US government data estimates that US firms account for 335,400 jobs in Australia, with wages totalling $38.8 billion – meaning that, on average, an Australian employee of a US firm earns over $115,000 a year. The US benefits from being the single largest destination of Australian investment. Australians have invested $594 billion in the US, over eight times the $70 billion that Australia invests in China. Major Australian firms, ranging from biotechnology giants like CSL to innovative tech firms such as Atlassian, see the US not just as a large market but as a springboard to the world.

Despite the clear importance of the US-Australian economic relationship, there is a significant dearth of research on the topic. While a handful of analyses of the consequences of foreign investment in Australia exist, no robust work has ever sought to specifically analyse the impact of US investment in Australia. To help remedy this, the United States Studies Centre is undertaking a multifaceted research project to deepen our understanding of the extent and value of this essential economic relationship. Macroeconomic analysis will be a core component of the study, but our work includes detailed case studies of US firms in Australia and a first-of-its-kind survey of Australian business leaders, assessing the often intangible role of US investment on their firms and the markets in which they operate.

The data, case studies and anecdotes from the early stages of our research make it abundantly clear that US investments, knowledge transfers and technology have helped fuel Australia's trade surpluses with Asia.

No shortage of commentary insists that Australia faces a choice between a long-time ally in the US and an economic behemoth in China. This is naïve at best, intellectually lazy at worst, a false dilemma that ignores much about the trajectory of Australia's economic development. Both China and the US are integral economic partners that have fuelled Australia's remarkable, recession-free quarter century.

Australia's security alliance with the United States will feature prominently in Turnbull's visit, with talk of shared values and sacrifice dating back a century. Amid increasing tensions in the Asia region, the security alliance should not be undervalued. But Trump and Turnbull would do well to point to Australia's economic relationship with the United States, a dynamic and vital cornerstone of our national prosperity ­– its relevance resting not on any appeal to values, but on a clear-eyed appreciation of our material interests.