Opinion One year on – the real doping scandals of 2013

The real scandal from the Australian Crime Commission's report into drugs in sport is that the opportunity for change has been lost in a blizzard of political grandstanding and media spin, writes Jason Maznov. 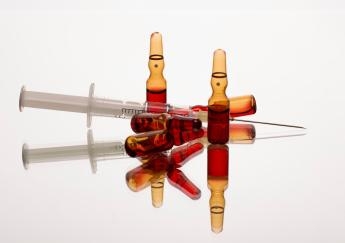 OPINION: A year after the “darkest day in Australian sport” the catastrophic bang has led to an all too predictable whimper.

The days after the Australian Crime Commission’s report Organised Crime and Drugs in Sport was handed down saw the media go into a tail spin, witch hunts in the AFL and NRL, new powers for Australian Sports Anti-Doping Authority and a Senate inquiry.

The scandal of the ACC report

It has become apparent that the Labor party used the ACC Report to as a political stunt to distract Australia from the growing anti-Gillard sentiments.

Labor should have handed the report to ASADA which could have conducted its investigations without all the hysteria and interference from government, the media, sports and the fans.

The real scandal is that instead of doing something about drugs in sport, all Labor managed to do was to drag ASADA through the mud.

The Essendon and AFL brands have also been dragged through the mud. The AFL copped out with the “bringing the game into disrepute” charges – despite the A$2 million price tag, the charges amount to saying Essendon were punished for being caught.

The real scandal was the witch hunt. As Stephen Dank argued on the 7:30 Report, it is naive to think similar supplement programs were not running in other clubs. If the AFL wanted to legitimise its stance on supplementation and drugs it would have investigated across the League.

Possibly the only good thing to come out of this is that the AFL is trying to develop a workable policy around the role of drugs in sport. While I disagree with the AFL’s aim to be the “toughest drugs code in world sport”, it is good to see a sport taking control of its drug policies.

Despite allegations of “widespread drug use”, the NRL has worked to defer its doping Armageddon.

The only club in the frame is the Cronulla Sharks. Again, it is naive to think that experimental supplements or drugs programmes are limited to just one club. While it is clear that the NRL tried to learn from the AFL’s handling of Essendon, the real scandal is that it has taken so long to do anything about something which happened so long ago.

I would love to see the NRL take the lead with the AFL and develop a drug policy that is in the best interest of its players.

In the middle of the hype, some swimmers got in trouble. The real scandal lies in the reasons they were using Stilnox as a recreational drug in the first place.

Aside from that, the London Olympics in 2012 demonstrated how much our swimmers are put under horrendous pressure.

Grant Hackett and Ian Thorpe have been the public face of how we treat our elite athletes – the mental health of those less famous is never discussed. Thorpe issuffering problems now but when he is back to his best, I hope he uses his experiences and celebrity to help athletes from all levels of sport.

Let’s have a look at what we ask our athletes to do and help them cope with elite sport rather than throw them to the wolves when they break.

In the midst of the frenzy, ASADA was given the power to compel people to give evidence or face significant penalties.

As argued by the Rule of Law Institute of Australia, the real scandal is that private citizens have to give up the right to remain silent or the presumption of innocence to protect “the integrity of Australian sport”.

Unfortunately, impugning human rights or human dignity is nothing new to anti-doping – just ask athletes who strip nipple to knee and have someone watch the urine leave their body. Look at Step 5 of ASADAs helpful photo series and think about how an adolescent might feel.

The new powers are yet to be tested in court, so we have no idea whether they will stand up to judicial scrutiny. Let’s hope they are found wanting.

The Greens are to be commended for making this inquiry into the Practice of Science in Australian Sport happen. The real scandal is that despite pointing the finger at sports scientists in the hope of creating a scapegoat, neither the AFL nor NRLturned up.

Despite some recommendations that have the potential to promote sport in Australia, none of the recommendations are likely to come to anything and have been lost in the politicking before, during and after the 2013 Election.

The hysteria of the ACC report gave sports managers an excuse to create more bureaucracy, setting up so-called “integrity units“. These units are designed to tackle the two biggest threats to the integrity of sport – doping and match fixing.

There is nothing about the value of sport to the Australian community or ethics of Australian sport.

Taken at face value, integrity in sport is defined by the effect drugs might have on advertising revenue and whether the government can collect taxes from gambling. Apparently only the intergrity of big dollar professional sport needs protecting.

Maybe we can dream about reinvesting some of the tax collected from the $3.3 billion spent on sports gambling in Australia to promote participation in sport that people actually enjoy doing rather than watching.

A year on from the ACC Report it seems that the role of drugs in sport is no clearer. The daily media outrage has returned to the occasional mention in despatches. However, there are perhaps three main outcomes:

Perhaps the real scandal is that the opportunity to do something to improve sport for the Australian community has been lost in a blizzard of political grandstanding and media spin. Or is that business as usual?

Dr Jason Mazanov is a Senior Lecturer in the School of Business, UNSW Canberra.