Opinion Opportunities for Australian trade as UK Brexits the EU

A Free Trade Agreement with Britain would be of huge benefit to Australia, and by signing soon could protect against an adverse impact from the UK's decision to leavethe EU, writes Tim Harcourt. 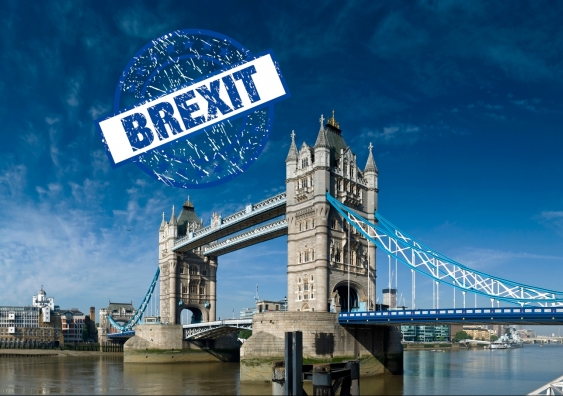 OPINION: A Free Trade Agreement with Britain would be of huge benefit to Australia, and by signing one soon it could also protect against an adverse impact following the UK's vote to leave the European Union, says Tim Harcourt, UNSW's J.W. Nevile Fellow in Economics.

“As the UK Brexits stage left, we’ll see a huge interest in doing deals. What we need is a UK-Australia FTA as soon as possible,” says Harcourt, from UNSW's Business School. “After all, most exporting Small and Medium Enterprises (SMEs) from Australia start in London rather than the European continent anyway. London is a natural base for Aussie companies.”

Prime Minister Malcolm Turnbull has said he is keen to take advantage of Britain's exit from the European Union, as Theresa May takes over from David Cameron as British PM. Harcourt says “Turnbull and May have already had a constructive chat over a possible free trade agreement.”

But, he adds: “Aussie business had better move fast – and we also need to watch out for competition from Asia. There are many other countries that will be keen to do a deal with the UK. Mind you, we've been let off the hook a bit as UK sorted out its ‘local difficulty’ with its European relationship. But right now, trade talks in the UK are hotting up as much as this week’s heatwave in London – those in a cold snowy Canberra should take note, and move in fast.”

A former Chief Economist of Austrade, Harcourt has researched the importance of a UK-Australia Free Trade agreement. He says there was once a UK-Australia Trade Agreement [UKATA], which came from an arrangement called "imperial preference" in 1932, but it was suspended when the UK acceded to the EU forty years ago.

“We need to be aware the UK and Australia cannot dig out the old UKATA from the bottom drawer, dust it off and carry on. By starting talks today, Australia has made it clear it wants to be in the front of the queue.”

Harcourt says legal obligations prevent Britain from signing deals while still an EU member, however farmers in particular are enviously eyeing up their traditional British market. “It would build an economic relationship that is very much the cornerstone of the British-Australian partnership."

He argues once outside the EU, the UK could retain many of the good aspects the EU has brought, like progressive social and environmental standards. “Norway and Switzerland have done fine outside the EU, including as trading partner of Europe, so I see no reason why the UK shouldn’t as well,” he says.

As a frequent flyer and Airport Economist, Harcourt flies into Heathrow regularly, and hopes for one other small change. “A Brexit might also heal the hurt that Aussies of British parentage feel, when they have to queue in the non-EU passport line at Heathrow. Hopefully we can get the Commonwealth passport queue back. That really would be a change to benefit all Aussies.”