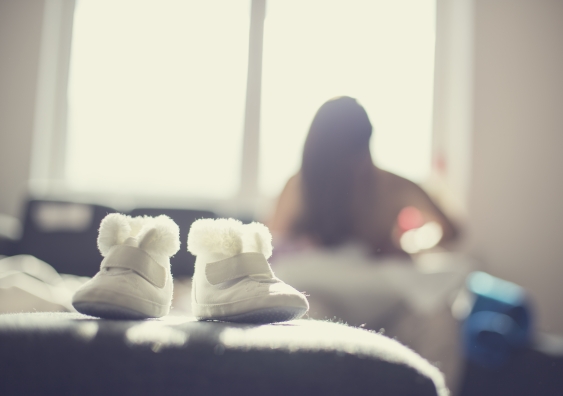 The Bill proposes that parents who receive a parental leave payment from their employer which is greater than the amount they would receive under the government-funded scheme would no longer be able to access the latter. (iStock)

In all the tumult of last week's leadership coup, it was easy to overlook the latest development of a very important piece of public policy. On September 15, the Senate Committee report into the 'Fairer Paid Parental Leave Bill' was tabled in parliament. Unsurprisingly, the majority government report recommended that the proposed legislation be passed.

The Bill proposes that parents who receive a parental leave payment from their employer which is greater than the amount they would receive under the government-funded scheme would no longer be able to access the latter. If an employee received less from their employer than the amount available under the government scheme, they would receive a 'top up'.

The vast majority of the 55 submissions to the committee recommended that the legislation not be passed. Unions, non-government organisations and academics stated that the current scheme is working perfectly well, as evidenced by the evaluations of the scheme. They argued that the current scheme is fulfilling it's intended aims, of improving maternal and infant health, increasing the time women can spend at home with their newborn and strengthening women's workforce attachment.

Employer organisations were also largely unsupportive of the Bill. Australian Business International/the NSW Business Chamber was one of the few who supported the provisions, however, arguing that 'budget repair' is more important than PPL. The Australian Industry Group also recognised the importance of budgetary constraints but expressed concerns about the reduced workforce participation of women if government parental leave payments were reduced or removed. The parental leave payments strengthen women's workforce attachment.

The Senate Committee noted that the Australian Chamber of Commerce and Industry (ACCI) also expressed concerns about fiscal responsibility but neglected to note that the ACCI did not unequivocally support the Bill. ACCI noted that the current PPL scheme is meeting its objectives and also noted that employers may restructure employees' employment entitlements to provide family provisions other than PPL. Employees would therefore remain entitled to both employer financial support for their families and would receive the government-funded PPL. This would negate any savings expected from the proposed changes.

What might the changes mean for public servants? Analysis by the Department of Social Services shows that should the Bill be enacted, around 34,000 mothers who would formerly have been eligible for the government-funded parental leave pay would no longer be entitled to this $11,800 payment. Sixty-one per cent of these employees are in the public sector. A further 45,000 mothers would receive a partial parental leave payment and would receive about $4300 less. Thirty-eight per cent of these mothers are public servants.

The Senate Committee states that only 20 per cent of eligible families would not receive the $11,800. These families have a median household income of almost $150,000. These statistics were persuasive with the Committee.

Analysis by the Community and Public Service Union tells a different story. Using government data on Australian Public Service (APS) employees who had taken PPL in 2008-09, the union found that almost 45 per cent of those taking maternity leave were at the APS 3-4 level and earned less than average weekly ordinary time earnings. The CPSU concludes that contrary to government claims, large numbers of lower paid women will be adversely affected by the proposed changes.

My analysis supports this position. As of June 2014, of all women working in the APS, over half (56 per cent) were employed at the APS5 classification or lower, and earned just below average weekly ordinary time earnings. The majority of women working in the APS are not high income earners. They are therefore amongst some of those most likely to lose should the legislation be passed, as they would no longer receive parental leave pay from the government.

The Senate Committee report reflects the government's policy position on PPL, with Labor and the Greens providing dissenting reports. Prime Minister Turnbull may view the PPL Bill as an opportunity to make some savings or he may view this as an opportunity to generate some goodwill with female voters, making reparations on his predecessor's track record on women's issues. The government could reaffirm that mothers who legally access both the government parental leave payment and their employer's scheme are not 'rorters' or defrauding the system, as ministers publicly declared earlier this year.

Letting the Bill lapse would send a powerful symbolic message, as well as ensuring women and their families continue to receive adequate support at the time of the birth of a child.