Opinion Parliamentary prayers should be consigned to history

Parliament should discontinue its prayers and instead seek to respect and acknowledge people of all beliefs, writes George Williams. 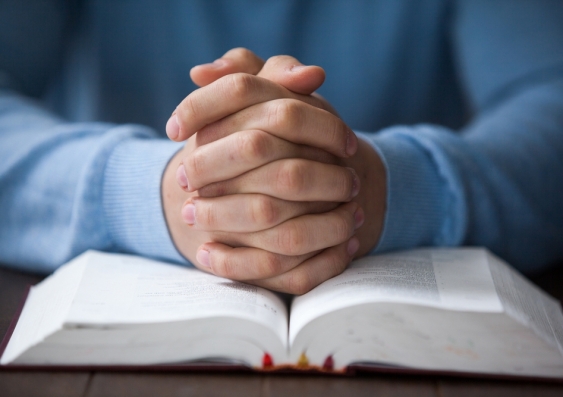 OPINION: Whenever Parliament sits, the House of Representatives begins with two prayers. For the first, Speaker Tony Smith says: "Almighty God, we humbly beseech thee to vouchsafe thy blessing upon this Parliament. Direct and prosper our deliberations to the advancement of thy glory, and the true welfare of the people of Australia."

Smith then recites the Protestant version of the Lord's Prayer: "Our Father, who​ art in heaven, hallowed be thy name; thy kingdom come; thy will be done on earth, as it is in heaven. Give us this day our daily bread. And forgive us our trespasses, as we forgive those who trespass against us. And lead us not into temptation; but deliver us from evil. For thine is the kingdom, the power and the glory, for ever and ever. Amen."

These prayers symbolise Australia's Christian and, more particularly, Protestant heritage. They show how certain religious values are embedded into our institutions and civic life. Other examples include the opening words to Australia's Constitution, which invoke the blessing of "Almighty God", and the fact that Australia's head of state, the British monarch, is the Supreme Governor of the Church of England.

Australia's Parliament has begun its proceedings with prayers since 1901, but the time has come to debate the practice. The fact that prayers have been read for the past 116 years is not by itself a good reason for this to continue. Indeed, there are sound arguments why there must be change.

One reason is that parliamentary prayers have always been an oddity in running counter to important democratic values. These include that Australia is a secular nation that should maintain a separation between church and state. For example, when it comes to the definition of marriage in Australia, Parliament determines the law, not spiritual institutions.

The separation of church and state is reflected in section 116 of the Constitution. It says that the federal Parliament "shall not make any law for establishing any religion, or for imposing any religious observance". The Constitution also prohibits religious tests "for any office or public trust under the Commonwealth". These clauses do not sit well with Parliament requiring the use of Christian prayers.

Parliamentary prayers should also be consigned to history because they express a religious affiliation that is inconsistent with the make-up of the community.

It is not likely though that the High Court would direct Parliament to stop the prayers. Section 116 does not deal directly with practices of this kind, and it is hard to see the court intervening in the internal affairs of Parliament. This means that any change will almost certainly require Parliament to amend its own standing orders.

Parliamentary prayers should also be consigned to history because they express a religious affiliation that is inconsistent with the make-up of the community. The census shows that Australia is no longer overwhelmingly a Christian nation. In 1966, 88% of people identified as being Christian. By 2016, this had fallen to 52%. Over the same period, people with no religion have grown from 0.8% to 30.1%. Today, the most popular form of identification is no religion, well ahead of those who are Catholic.

The pattern of religious observance has also shifted. In 1966, only 0.7% of Australians identified with religions other than Christianity. In 2016, this had grown to 8.2%. The biggest growth has been for Hinduism and Islam, and we can expect further, large increases in support for these religions over the coming years.

Australia will soon be a nation in which most people have no religion or identify with a religion other than Christianity. Indeed, this is already true in every state and territory except NSW and Queensland. Time and demographic change will further erode support. It is telling that those aged 65 and over have the highest adherence to Christianity (70.3%) and those aged 18 to 34 the lowest (39.4%).

The Australian Parliament should reflect and represent the whole community. Its use of a parliamentary prayer is inconsistent with this. Reciting a Protestant prayer also shows favouritism and the privileging of one religion over others. Parliament should discontinue its prayers and instead seek to respect and acknowledge people of all beliefs.

Another positive step would be for Parliament to protect the religious freedoms of everyone. Section 116 of the Constitution is a frail shield, and has never been applied by the High Court. Instead, Parliament should enact legislation that better protects religious observance and religious diversity.

It will not be enough though to only protect religious freedoms. These rights are not absolute, and need to be weighed against other interests. As a result, it is equally important to protect other rights, such as freedom of speech. The best way of doing this is to enact a charter of rights and responsibilities that safeguards the fundamental freedoms of all Australians.