It's time to create a new market for short-term credit that reduces the cost for Australia’s most disadvantaged households, and builds financial resilience for the future, write Kirsty Muir, Andrew Young, Fanny Salignac and Axelle Marjolin. 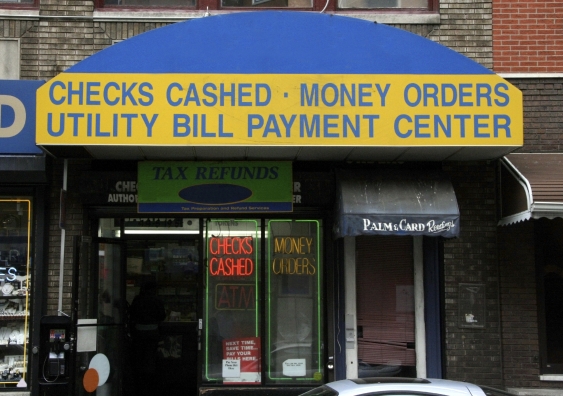 OPINION: Payday lending is booming in Australia. The industry has around one million customers and over 1,100 loan providers. ASIC estimates the number of loans more than doubled between 2008 and 2014. But when a small loan of A$1,000 can come at an annualised cost of up to 288%, why are people choosing it?

For households living at or below the margin, this isn’t just a household budgeting problem. By 2012 there were 2.55 million people living below the poverty line in Australia (13.9%).

The cost of living has increased - between 2006 and 2013 the cost of utilities, health, housing and food and non-alcoholic drinks increased well above the 2.8% pa rise in CPI (9.5%, 4.8%, 4.7% and 3% pa respectively). This has left low-income households having to spend a higher proportion of their income on life necessities leaving little to no savings to deal with unexpected expenses.

The ABS found around 13% of households could not raise A$2,000 in a week for something important and 17.9% had at least one cash flow problem in the last 12 months.

Without savings, what happens when large bills need to be paid? What happens when the fridge, washing machine or car breaks down, or an unexpected health bill arises? The answer is familiar to most of us: people rely on credit.

Mainstream forms of credit, like credit cards, are not accessible or available to everyone. Over three million adults in Australia are severely or fully financially excluded; that is, they do not have access to appropriate and affordable financial products and services (most lack access to a moderate amount of credit and basic insurance).

The severely or fully financially excluded are more likely to be unemployed, on low incomes, single parents, receiving social assistance, young and have a lower educational attainment than the financially included. They may have been refused mainstream financial credit because of insufficient identification, ineligibility, low credit scores or poor credit history. They might have also avoided mainstream financial services because of an “unfriendly” or “intimidating” service".

The common alternatives to mainstream credit are family and/or friends, layby or not-for-profit loan providers. Layby is generally only an option if someone is buying a product, can afford the deposit and can wait until the item is paid off before they need to use it; generally not the case for the payday lending customer. Poorer households often don’t have access to family or friends with ready cash or are unwilling to ask.

There are some not-for-profit alternatives, for example, the Good Shepherd Microfinance No Interest Loan Scheme provided almost 27,000 loans in 2014. But these options represent a drop in the ocean; consider, for example, that Cash Converters alone lent 626,555 short-term loans at a value of over A$257 million in 2011, and the total value of its loan receivables increased by 43% in two years since. NILS and other not-for-profit loan options generally come with slower application processes and higher barriers to accessibility than the payday lending market offers.

Short-term credit loans, which provide up to $2,000, are readily available, easy and quick to access (they can be obtained online and are often approved in an hour or the same day). Their size, simplicity, speed and repayment periods (16 days to 1 year) make them attractive. They may also help maintain some feelings of dignity because, unlike banks, there is little risk of receiving a “no” and people aren’t asking for “handouts”.

Caught in a cycle

For the majority, these high-cost short-term loans are not a one-off issue. A report for the Consumer Law Centre Victoria found 65% of payday lending customers had taken out repeat loans, with an average of six loans over 12 months. The repeat loan cycles are a reflection on need and an inability to obtain credit from elsewhere, but they are also a reflection on the client-focused, relational nature of payday lenders.

*The cost of a one-month loan at 24% is equivalent to an interest rate of 288% pa. Author provided.

This is a thriving market benefiting from people who can least afford expensive credit. Suppliers typically operate right at the margin – most loans charge the maximum permissible rates under relevant law, and many flirt with the boundaries. ASIC has so far found more than 10,000 people have been overcharged for their payday loans. As Marston and Shevellar claim, “the growth of fringe lenders is a consequence of market supply meeting increased demand, when that demand is not being met by other segments of the financial services industry”.

Demand is not going to fall when the cost of living exceeds household income, precluding savings, and when bills need to be paid to keep a roof, turn on the lights, provide food and clothe the kids.

That leaves us with the question of supply. To seriously challenge the market, realistic alternatives must be available to these households; alternatives that match the accessibility and awareness of the payday lending competition.

So far “mainstream lenders” have not responded directly to this challenge; arguably, these consumers are not a very attractive future market. It will take a different point of view for mainstream lenders to engage – one that goes beyond simple commercial rates of return.

This is an opportunity and a challenge for Australia’s mainstream lending market, for-purpose organisations, governments, and potentially social investors to work together to create and market a simple, accessible, affordable product. Leveraging the capabilities of multiple sectors to address a social issue and deliver social impact and financial return has been done before (e.g. Goodstart Early Learning).

It is time to create a new market for short-term credit that reduces the cost for Australia’s most disadvantaged households, and builds financial resilience for the future. This could be Australia’s next great social enterprise.

Kristy Muir is Associate Professor of Social Policy, Fanny Salignac is a Research Fellow, Axelle Marjolin is a reasearcher and Andrew Young is CEO of the Centre for Social Impact at UNSW.