The bitterness and division provoked by the marriage equality plebiscite debate stands in the way of Australia achieving a constitution that acknowledges and celebrates the existence of the nation's first peoples, writes George Williams. 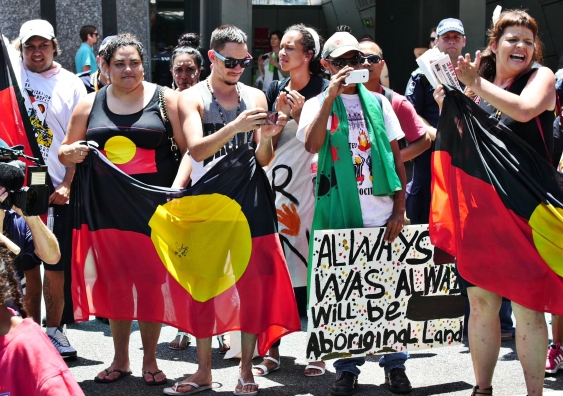 OPINION: The plebiscite is dead, so what now? For same-sex marriage, the answer is almost certainly a stalemate. Instead of reform, expect further rounds of politicians blaming each other for not delivering an outcome favoured by most of the community and most of our elected representatives.

But this failure has implications for other debates. The long-running saga has denied the Prime Minister the opportunity to build momentum elsewhere. It has also crowded out talk of another national vote scheduled for 2017, namely the referendum to recognise Aboriginal peoples in the constitution.

Momentum has built over the course of a decade in political circles, the community and business for Indigenous recognition. However, the plebiscite has done significant damage to the campaign. It is not clear that the public will have the appetite for following up the plebiscite debacle with a referendum. Our politicians may also be unenthusiastic. It is hard to see Malcolm Turnbull wanting to spend a good part of 2017 discussing yet another national vote outside the government's core economic agenda.

The plebiscite debate also heralds a further set of problems for the Indigenous referendum. That reform has, for many years, had the benefit of bipartisanship. A succession of Coalition and Labor leaders have spoken powerfully about their desire to see the constitution recognise Australia's first peoples.

On the other hand, the level of agreement is often overstated. In reality, it is thin and fragile. Wide political support for the general idea of constitutional recognition has masked the fact that no accord has been reached on the model for change. Large differences remain, most prominently on whether race-based clauses should be replaced by protection for all Australians from racial discrimination.

These differences run deep, but can be resolved. The question is whether the political process and our leaders have the capacity and will to do so. Arriving at a model will require dialogue and compromise, and a preparedness to reach across the political divide in the interests of achieving the reform.

It is hard to be positive about the prospects of this occurring. After all, working together in this way has been conspicuously absent from the debate over same-sex marriage. It seems overly hopeful to expect that a bout of common sense and working in the community's interest will break out when it comes to the Indigenous referendum.

This though will be necessary if the referendum is to succeed. Referendums in Australia fail where there is a lack of trust and goodwill between political parties. Of the 44 referendums put to the people since 1901, only eight have passed. The most common reason for defeat is bickering and point-scoring between politicians. Faced with division, Australians have been left confused and uninspired, and have understandably voted No.

Labor's referendum record is the best illustration of this. The party has put 25 proposals to the people. Of these, 24 have been rejected, representing a 96 per cent failure rate. Every one of the rejected proposals lacked the support of the conservative side of politics. Labor's solitary success in 1946, a change to the constitution permitting the Commonwealth to fund social services, old-age pensions and the like, was backed by the Robert Menzies-led opposition.

The difficulty of achieving deeper agreement between political parties on Indigenous recognition is a cause of enormous frustration. It is obscuring the important work being done by the non-partisan Referendum Council to listen to Aboriginal peoples and to give the reform the best chance of success at the ballot box.

Most importantly, Aboriginal peoples are in the midst of nationwide discussions to reach an agreed position on how they would like to be recognised in the Constitution. These regional dialogues will culminate in a national Indigenous convention in the first half of 2017.

Once Indigenous peoples have determined their position, they will be able to negotiate more broadly about whether their agenda can be realised. This is where compromise and the practical realities of Australian politics must come to the fore. Aboriginal peoples must play a key role in setting the agenda, as they are the group to be recognised. However, the final model must also reflect broad community sentiment, as the referendum must win the votes of a majority of Australians across state and party lines.

The bitterness and division provoked by the plebiscite debate stands in the way of Australia achieving a constitution that acknowledges and celebrates the existence of the nation's first peoples. It can only be hoped that memories of the plebiscite debate will begin to fade in the new year. Without this, it is hard to see the movement to recognise Indigenous peoples in the constitution getting back on track for 2017.