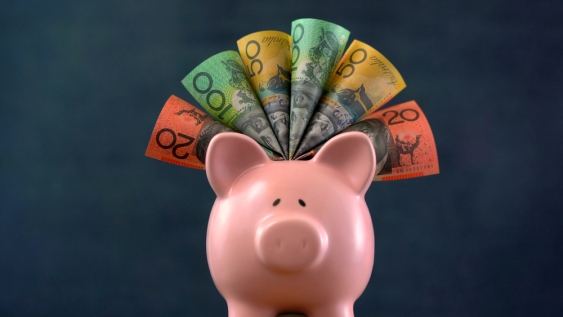 Long-term security and balance around superannuation policy are key in the upcoming budget, says a UNSW Business School academic.

“I would like to see more stability – I think there’s been a lot of volatility in this area. It’s an area where long-term planning is necessary … this volatility has made it much more difficult to confidently plan for the long-term for households and families,” Scientia Professor John Piggott says.

Professor Piggott, who is also Director of the ARC Centre of Excellence in Population Ageing Research (CEPAR), says that outside Australia “the taxation of pensions is a much simpler proposition”.

Speaking ahead of the 2019 federal budget, Prof Piggott notes the government has taken certain steps to rectify these issues, however, acknowledges these measures need to be reinforced and taken further.

From 1 July 2019, the Pension Work Bonus will increase from $250 to $300 per fortnight, allowing pensioners to earn more money each fortnight without reducing their Age Pension payments. The measure also extends coverage to self-employed members.

However, according to Prof Piggott, a useful innovation would be to extend the exemption of labour earnings from the age pensions means test – so people can continue to work whilst receiving a pension to a greater extent that they currently can.

“One of the issues that we face in Australia is that we need to make more use of the mature labour force – it’s a huge resource,” he says.

“Regarding the federal budget, it’s vital that we don’t put disincentives in the way of continuing work. If you exempt labour earnings, then you have removed one disincentive – one small step in the right direction.”

Prof Piggott believes this established financial instrument is a good idea but would like people to receive advice about “signing up”.

He thinks this year’s budget should increase the profile of the Pension Loan Scheme.

He explains: “There are people in Sydney, who have lost their partner and they’re in their 80s – they’re well and they want to live in their home and they don’t want to leave because they know their neighbours and their butcher.

“But they don’t have much independent income, yet they’re sitting on a home worth a million dollars. Providing a secure conduit where you can draw down on the value of that home to support yourself and have the debt repaid on your death makes sense to me, for such people – not for everybody.”

Referring to the upcoming budget, the Director of CEPAR recommends the government invests funds into initiating a nationwide survey into Australians in their later life.

“I would like to see more data. We face a major gap in the data we collect through surveys,” Prof Piggott says.

“We have surveys for young people and workers, we have no nationally representative surveys for people focussed on later life. Researchers in CEPAR’s research stream Organisations and the mature workforce are currently finalising a cross-sectional survey to map current challenges for mature workers in Australia, which will be launched soon.”

Prime Minister Scott Morrison has said the federal budget will be delivered 2 April this year. Australians likely to go to the polls for a federal election in May.