Young people are experiencing patterns of oppressive policing that are harmful to them, their families and the community, writes Vicki Sentas. 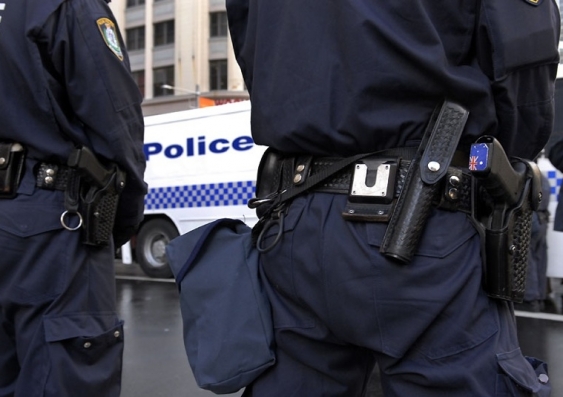 For 17 years, police in New South Wales have run a program predicting and disrupting future offenders to reduce crime. But very little was known about the program, the Suspect Targeting Management Plan, before our new study revealed children as young as ten have been targeted for intensive policing.

What is the plan?

The Suspect Targeting Management Plan is a proactive policing program that identifies and targets recidivists, as well as those who haven’t been convicted of offences but who police suspect to be at risk of committing future crimes.

The plan’s focus is said to be with the small number of repeat offenders who commit the largest volume of crimes. It relies on a risk assessment, in which a Local Area Command nominates a person against select risk criteria. Drawing on algorithmic prediction, an intelligence officer calculates a person’s future risk of offending and is allocated a category of extreme, high, medium or low risk.

Police in the area are then tasked with monitoring and intervening against the person. The plan’s targets are stopped in the street and asked what they are doing. People often are searched or visited at home and asked to present at the door.

The policy and the risk criteria it relies on are not publicly available and are exempt from Freedom of Information. A person on the plan can’t know why they are on it or how to get off it. The predictive assumptions about risk behind the plan and the data it relies on in selecting targets are not subject to scrutiny.

The policy applies to both adults and young people – including minors. There is also a particular type of plan for domestic violence offenders, which was introduced in 2016. Our study didn’t explore this group.

How is it used?

From the limited data we obtained from NSW Police under Freedom of Information for just ten Local Area Commands (there are 76 across NSW), we found that in 2014-15:

Our case study research of 32 clients found young people on the plan with minor offending histories. These included shoplifting, graffiti, or drug possession.

Other young people in our study had committed more serious and persistent offences, like assault and aggravated break and enter.

The reality is that young people predominantly commit offences against property rather than the person.

We found that young people are experiencing patterns of oppressive policing that are harmful to them, their families and the community. Policing under the Suspect Targeting Management Plan is particularly harmful in criminalising already overpoliced Indigenous young people.

The plan contributed to detrimental social outcomes for the young people in our study. Constantly being harassed by police is a barrier to having a normal life. The plan also puts extreme strain on family relationships. Many of the young people felt they couldn’t leave the house.

Young people on diversionary orders from the Children’s Court and Youth Koori Court were simultaneously experiencing increased police contact through the plan. It has the foreseeable effect of increasing young people’s contact with the criminal justice system. It undermines key objectives across the criminal justice system for youth, including diversion, rehabilitation and therapeutic justice.

We found that several police searches of a young person on the plan were determined unlawful by the courts.

The plan is an administrative policy and doesn’t give police any additional legal powers. So, they need to have a reasonable suspicion before they can search someone without a warrant.

Race, class and gender have always functioned as a proxy for reasonable suspicion. But the Suspect Targeting Management Plan has now formalised the police practice of targeting the usual suspects.

Critical policing studies have long debunked the myth that the law sets out the parameters for police practice. The plan demonstrates more starkly that the police have other formulations that govern their work.

Pre-emptive and disruptive, not ‘preventive’

Tackling the structural causes of offending – social inequalities like unemployment and low incomes – alongside therapeutic programs for families, for example, are among recognised best practice in youth crime prevention.

There is no evidence that the aggressive use of police powers is a solution to the complex causes of offending. In this sense, the Suspect Targeting Management Plan is not “preventive”; it is aimed at the disruption of everyday life. It’s more accurately a pre-emptive technique – acting as much on socioeconomic status and race as on the notion of future offending.

Our recommendations to NSW Police include removing children under 18 from the plan and to make the policy available to the public. We’ve asked the Law Enforcement Conduct Commission to conduct a systemic review of the plan, for young people and for adults.

The unjustified secrecy around it has prevented appropriate, transparent, program evaluation and more thorough examination of the impact it is having on young people and police practice.

The plan’s operation is likely to be having harmful effects on young people, which are grounds for further investigation and external scrutiny.

Vicki Sentas is a Senior Lecturer in Law at UNSW.