Opinion Property stockpiling deprives others of a basic necessity

We can choose to construct property markets in which some privileged citizens stockpile more residential property than they can ever use, or we can recognise that affordable housing is a basic necessity for a fulfilling, autonomous, human life, writes Cathy Sherry. 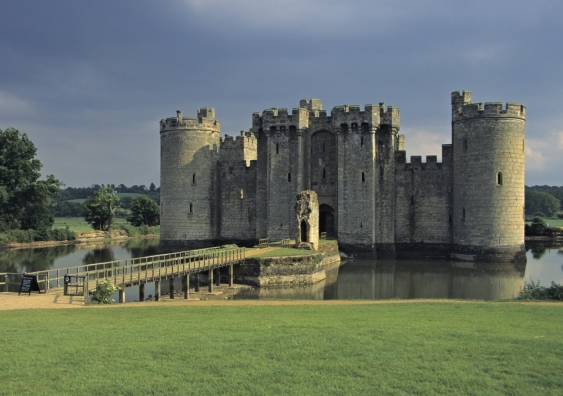 London was constructed by the process of aristocratic landowners. Image: iStock

OPINION: I tell my students that land law is the most important subject they will study at law school. They think I am joking; I am not.

It is a truism we are liable to forget; everything we do, everything we value – our work, our rest, our family and personal relationships – occurs on a piece of land that, ideally, we are able to occupy legally and securely.

In the words of Harvard professor Joseph Singer: "Property enables us to exercise autonomy, to enjoy our liberties, to shape our destiny, to form relationships with others, to live a human life. We cannot live our lives without the means to do so."

It seems that many people in Australia, in particular our politicians, have lost sight of this function of property. They do not see property as a basic necessity for people to live decent, secure and autonomous lives. They increasingly see property as assets to be stockpiled by some citizens, for financial gain, at the expense of other citizens.

Stockpiling is a tried and tested property system. The English and European aristocracies have been doing it for centuries, with vast tracts of land vested in the hands of a small minority, making that minority extremely wealthy.

London was constructed by the process of aristocratic landowners granting successive long-term leases over their urban estates. The result was a huge leasehold pyramid with citizens owning varying leases, but always limited by time.

Writing in 1944, George Orwell said: "Every square inch of England is 'owned' by a few thousand families. These people are just about as useful as so many tapeworms. It is desirable that people should own their own dwelling houses ... the ground-landlord in a town area has no function and no excuse for existence. He is merely a person who has found out a way of milking the public while giving nothing in return."

Past Australian governments, of all political persuasions, were acutely aware of the dangers of leasehold ownership – aka stockpiling more property than you, your family and descendants could ever use.

John D. Fitzgerald, chairman of the New South Wales Housing Board (1912-17) and minister for local government (1916-20), argued that "if you want to make the working man contented, you must give him better housing conditions than he has hitherto had, and let him own his own house ... human nature is in favour of the freehold".

Neither governments nor Australian citizens wanted to replicate the insecurity of life in the Old World, lived at the mercy of a landlord. It is not an accident that Australian suburbs were exclusively freehold, or that our strata legislation created one of the first systems of freehold apartment ownership in the world. These were a result of concerted social and political effort, fuelled by a commitment to equality of citizens. Combined with significant increases in housing supply in the postwar period, Australian homeownership reached 70 per cent by the 1960s, an achievement in which we should take pride.

Home ownership has been steadily declining among the younger generation; unless they live with family, they are now renters.

While Sydney has built thousands of apartments in the past decade, smaller dwellings that theoretically should be affordable, just over 50 per cent of Sydney's apartment stock has been snapped up by investors.

While Australia will never have the equivalent of a landed gentry, we have seen a sharp increase in the investor class: people who own more property than they can personally use.

Investment in residential real estate is a rational response to tax policies like negative gearing, and the fact that investment properties are fungible in a way that family homes are not, making the capital gain real.

While  Prime Minister Tony Abbott might be simple enough to derive self-worth from the increasing value of his family home, most of us realise that gains are illusory; if we sell, we still need a roof over our heads and have to buy in the same inflated market.

Property markets do not fall from the sky. They have their foundations in property law, and are finessed by tax law and monetary policy, all of which are products of human choice.

When we remember that homes are not a luxury item, but a basic necessity for all people to live a fulfilling, autonomous, human life, the latter seems the only rational option.

Cathy Sherry is a senior lecturer in Law at UNSW.