The immigration minister's scope for discretion in the proposed legislation to strip dual nationals involved in terrorism of their Australian citizenship is cause for concern, writes Sangeetha Pillai. 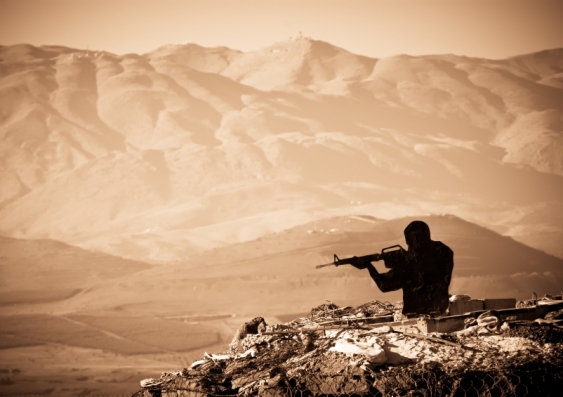 OPINION: One significant question raised by the Abbott government’s proposal to strip dual nationals involved in terrorism of their Australian citizenship is the immigration minister’s scope for discretion. This remains unclear, as no bill has been put before parliament. But the minister, Peter Dutton, said:

If the minister of the day forms an opinion that that person has been involved in a terrorist act or supporting terrorism, financing, there’s a prescribed list that we have in terms of the offences that they will be captured by this.

If they’re an Australian citizen, if they’re a dual national and they’re not going to be rendered stateless, then this law applies equally to them.

This suggests that, under the proposed changes, it will not be necessary for a person to have been convicted by a court of a terrorism offence in order to be vulnerable to citizenship revocation. A ministerial judgement that the person has been involved in terrorism will suffice.

The government has said that ministerial decisions to revoke citizenship will be subject to judicial review. However, the form of such review remains unknown at this stage.

These new powers are a necessary and appropriate response to the terrorist threat. They modernise our laws and bring them closer to those of the UK, Canada, France, the United States and other countries.

It is true that a number of countries – including Canada, France, the US and the UK – allow for the deprivation of citizenship on national security grounds in certain circumstances. But the scope of ministerial discretion in these countries varies significantly.

In Canada, recent changes to the law allow the ministerial revocation of the citizenship of dual citizens in three circumstances.

A person may have their citizenship revoked where they have been convicted by a Canadian court of any one of a range of prescribed national security offences. The minister may also revoke a person’s citizenship where they have been convicted by a foreign court of an offence committed overseas which, if it had been committed in Canada, would qualify as a “terrorism offence” under the Canadian Criminal Code.

This is significantly narrower than the model that Dutton’s comments suggest will be introduced in Australia. Here, the minister themselves will have the discretion to determine whether a person has been involved in terrorism.

The third circumstance in which the minister may revoke the citizenship of a Canadian citizen is where they have reasonable grounds to believe that the person has:

… served in the armed forces of a country, or as a member of an organised armed group, while that country or group was engaged in armed conflict with Canada.

There is greater scope for ministerial discretion in this circumstance. Currently, in Australia, loss of citizenship is automatic where a citizen with dual citizenship serves in the armed forces of a country at war with Australia. The question of whether this should be extended to cover citizens fighting for non-state actors is a subject of current debate, which may be addressed in the forthcoming legislation.

In France, Article 25 of the Civil Code allows for a naturalised dual citizen to lose their citizenship in three circumstances:

As in Canada, for a person to lose their citizenship on the grounds of having committed a terrorism or national security offence, conviction by a court is required.

Time restrictions also apply. The person must have committed the relevant offence prior to or within ten years of acquiring French citizenship. Any decision to revoke citizenship can only be made up to 15 years after the offence occurred.

The regime governing citizenship loss in the US is complex. It is significantly narrower than the model that is likely to be introduced in Australia.

Citizens born in the US, but not naturalised citizens, are regarded as constitutionally protected against being deprived of their citizenship by the state, but may renounce it voluntarily. By contrast, Australia’s Constitution makes no mention of a national citizenship.

For some prescribed acts – such as engaging in treason, bearing arms against the US or conspiring to overthrow the government – conviction by a court is required before any loss of citizenship can eventuate.

In contrast to Canada, France and the US, citizenship revocation laws in the UK allow for extremely broad ministerial discretion. The Secretary of State may deprive a person of citizenship where they are satisfied that deprivation would be “conducive to the public good”.

UK law also allows for the citizenship of sole UK citizens to be revoked, provided the Secretary of State is satisfied that the citizen concerned has:

… conducted themselves in a manner which is seriously prejudicial to the vital interests of the United Kingdom.

Before revoking the citizenship of a sole UK citizen, the Secretary of State must have reasonable grounds for believing that the person is able to obtain foreign citizenship.

The broad deprivation powers in the UK have attracted substantial criticism. Their operation raises significant concerns. For instance, while a person may lodge an appeal against a citizenship deprivation order, this does not prevent them from being deported from the UK. This can make it very difficult to initiate appeal proceedings.

The concerns for Australia

If the proposed Australian revocation provisions apply only to dual citizens, they will be narrower in this sense than the UK laws.

However, Dutton’s comments suggest that the scope for ministerial discretion under the proposed laws will be more in line with the uniquely broad discretion applicable in the UK than with the narrower model that applies in other countries. In light of the criticisms of the UK model, this is cause for concern.

What does ‘being Australian’ mean under the Constitution?