If the impacts of climate change drive people from their homes, what happens to their relationship with their home country? 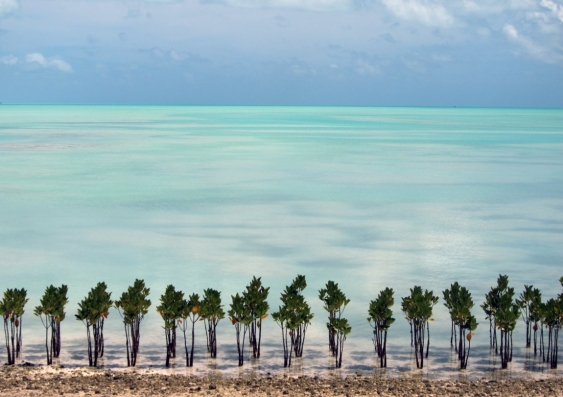 The report has been published by three partnering institutions – UNSW’s Kaldor Centre, the Peter McMullin Centre on Statelessness at the University of Melbourne, and the University of Technology Sydney (UTS). The researchers – Prof. McAdam, Professor Michelle Foster (Peter McMullin Centre), Nicola Hard (University of Melbourne), and Professor Hélène Lambert (Faculty of Law at UTS) – zero in on Pacific countries and territories, where climate change poses an increasing threat to livelihoods, security and well-being.

Most research on statelessness and climate change in the Pacific has focused on whether, if a country were submerged, statehood would survive. In practice, people will likely have left the country long before that kind of territory loss occurs. The Future of Nationality in the Pacific sets out the need for innovative approaches to citizenship to protect connections between people and place, now and into the future.

The report recommends that all Pacific Island countries adopt specific legal safeguards against statelessness to preserve the nationality rights of their citizens, including by amending their laws to prevent loss of nationality from residence abroad, and to grant citizenship to stateless children born overseas. Legislating to address these and other concerns would enable Pacific Island countries to protect their people from the risks of statelessness now and into the future.

“Nationality law is a formal means of holding on to your identity – and with it, entitlements such as voting or standing for office, and, ultimately, self-determination. The ability to retain your citizenship while living elsewhere, and to pass it down to your children, plays a powerful role in ongoing connection to home,” says Prof. Foster.

Some Pacific Island countries are preparing for virtual statehood. Tuvalu’s 2021 Future Now Project (Te Ataeao Nei Project) sets out a plan to digitise all government services and archive Tuvalu’s history and culture to create a ‘digital nation’ that would retain its sovereignty, even if the entire population were to move to other countries.

“We examined the nationality and citizenship laws of 23 Pacific countries and found a mixed picture. Our report respectfully acknowledges the agency of Pacific countries in preparing for the impacts of climate change, and it is in this spirit that we make some recommendations for improvements,” says Prof. Lambert.

This research was funded by the Australian Research Council (ARC).

Read the report: The Future of Nationality in the Pacific: Preventing Statelessness and Nationality Loss in the context of Climate Change.

4 lessons for the Albanese government in making its climate targets law. We can’t afford to get this wrong