Until now, there has been a lack of any whole-of-government strategy for gender equality for public employees, writes Sue Williamson. 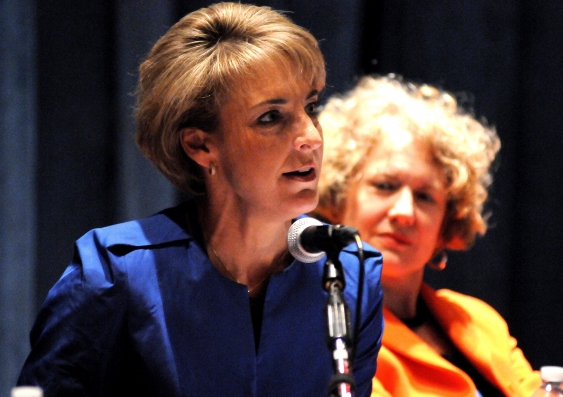 The importance of this strategy cannot be underestimated. Throughout the 1970s and 1980s, the Australian public sector was lauded as being a model employer for women. In 1973, the Australian government legislated to provide paid maternity leave for its female employees – a landmark achievement at the time. Good conditions of employment, decent pay and job security resulted in increasing numbers of women joining the APS.

From the 1980s, however, the rhetoric of “New Public Management” gained pace. This ethos dictated that the public sector should become more like the private sector – leaner, more productive and more competitive with the private sector in the provision of public services. The role of the public sector as a model employer progressively decreased as services were outsourced and public sector budgets were reduced. Terms and conditions of employment continued to be female-friendly, but arguably major gains were made through collective bargaining, rather than through government or agency policy.

Simultaneously, some organisations introduced gender equality provisions more beneficial than those found in the APS, such as providing 26 weeks paid parental leave, “shared care” leave which provides fathers with up to 50% of their salary for up to six months, making all jobs flexible, and domestic violence leave. The APS was in danger of being left behind.

The new strategy is built around five pillars:

The aim of the strategy is to achieve culture change across the public service, harnessing gender equality initiatives to increase performance and productivity in the APS.

The five pillars of the strategy reflect some existing appraches to achieving gender equality in the APS, such as a focus on leadership and culture change.

The strategy, however, also contains new approaches at organisational, APS-wide and national levels. These include:

This strategy presents a new approach to implementing gender equality in the APS, combining culture change, practical initiatives, evaluation, and showcasing best practice. The release of the strategy follows Prime Minister Malcolm Turnbull’s address to the APS last week, where gender equality was dominant, including the need for targets, flexible working arrangements and mentoring for women.

Recently, one commentator lamented the lack of any progress on gender equality in the APS, noting that the levels of women in the more senior levels of the Senior Executive Service continued to be low and that many jobs continued to be based on the full-time male breadwinner model. Additionally, the Community and Public Sector Union has criticised the government’s position on collective bargaining in the APS, claiming the government has attempted to remove or reduce family friendly working arrangements contained in enterprise agreements.

Initial research I have conducted on publicly available documents showed some innovative gender equality initiatives, such as agencies providing domestic violence leave to their employees or formally enabling them to work from home. These are important provisions, though they were only available to employees in select agencies, and additional innovative provisions had yet to surface.

Some agencies, however, do appear to be already leading the way and are adopting a more holistic approach. The Department of Foreign Affairs and Trade recently released a far-reaching Women in Leadershipstrategy. Similarly, over the last five years the Department of Defence has implemented a comprehensive gender equality strategy for its APS employees.

While these initiatives are important and necessary, gender equality in the APS will best be achieved through an APS-wide approach. Until now, there has been a lack of any whole-of-government strategy for gender equality for APS employees. This new strategy signals a welcome change and may well result in the APS once again being a model employer for women.